"Get Out" taps real-life horrors, draws audiences and dollars

Since its Friday premiere, the film has made almost seven times its production budget, sparked serious conversation 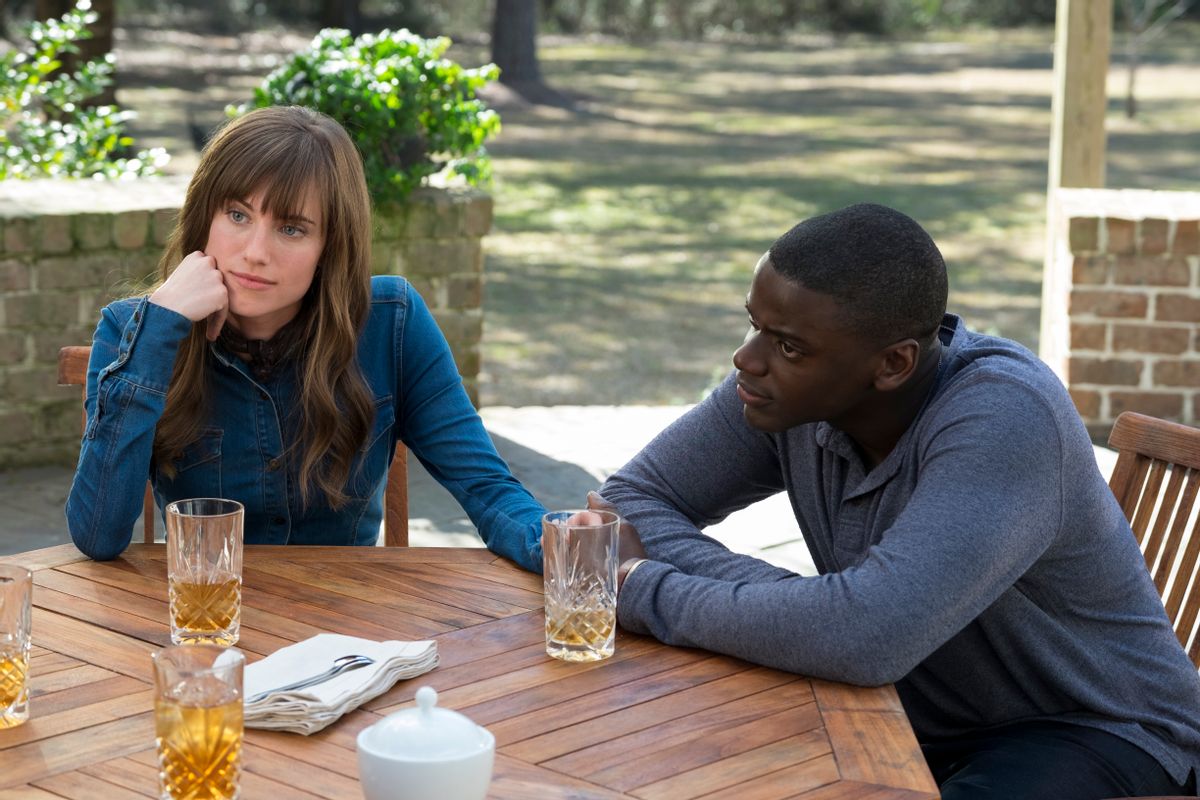 This Salon video was produced by Jada Fisher

In "Get Out," first-time film director Jordan Peele (one half of the well-known sketch comedy duo Key & Peele) took a bold leap, forgoing classical horror movie monsters in favor of something much more real: racism in modern America.

"The scariest monster in the world is human beings and what we are capable of, especially when we get together," Peele said of his movie.

The film's plot, a mixture of "Guess Who's Coming to Dinner" and "Rosemary's Baby," surrounds a young interracial couple, Rose and Chris, who take a weekend trip to visit Rose's affluent white family -- and their two black servants. The movie is a not-so-subtle look at microaggressions (both conscious and unconscious) toward people of color in post-Obama America.

Since its premier on Friday, the film has made almost seven times its production budget, taking in over $33 million and making it the third-best No. 1 opener for Universal/Blumhouse. Beyond the jumps and thought-provoking twists, "Get Out" allows audiences to tap into larger social justice issues.

"With the emergence of Black Lives Matter and the discussion becoming focused on the police violence, when the country got more woke, this movie's purpose transformed into something that was meant to provide a hero and release from all the real horrors of the world," Peele explained.

According to a USA Today poll, 58 percent of millennials have a favorable opinion about Black Lives Matter -- something that could have contributed to the success of "Get Out." Whatever the draw, moviegoers will definitely leave with something on their minds.

"I think Jordan had something to say about this issue and about what it feels like to be black in a white environment," said the film's breakout star Daniel Kaluuya. "And that, its almost like, taboo -- even in real life now, interracial relationships are a taboo subject."