Trump said his supporters would yield biggest crowd yet, but photos of the protests show otherwise 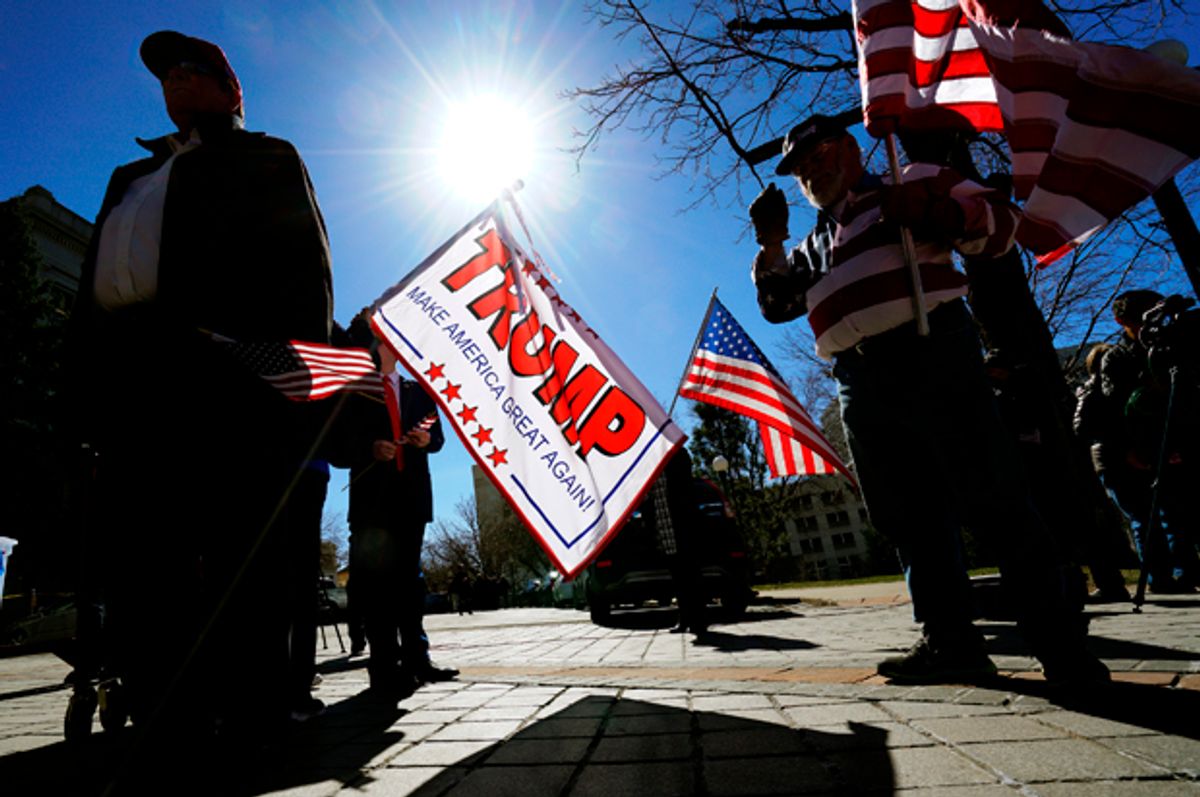 From the moment Donald Trump was elected president, anti-Trump protests have surged the country. In response, President Trump issued a challenge to his supporters last weekend:

Maybe the millions of people who voted to MAKE AMERICA GREAT AGAIN should have their own rally. It would be the biggest of them all!

Earlier this month, Breitbart cited "conservative grassroots leaders" who were planning "massive pro-President Donald Trump rallies nationwide."  This is what those rallies looked like.

the pro trump rally in Atlanta had literally tens of people pic.twitter.com/tGT1pAuokD

The local Tea Party called for a massive pro Trump rally in St Augustine, FL this AM. The is how many showed up. pic.twitter.com/eAaP5nLjHs

Trump's supporters countered the photos on Twitter, and condemned the "mainstream media" for what they perceived to be deliberate fabrication of the crowd's size.

Daniel Dale, the Washington Correspondent for the Toronto Star, sent out a series of tweets with photos he collected from social media.

The next rally is scheduled for March 4.