Trump's latest blurt suggests that the awful truth is becoming clear: Being president isn't as easy as he thought 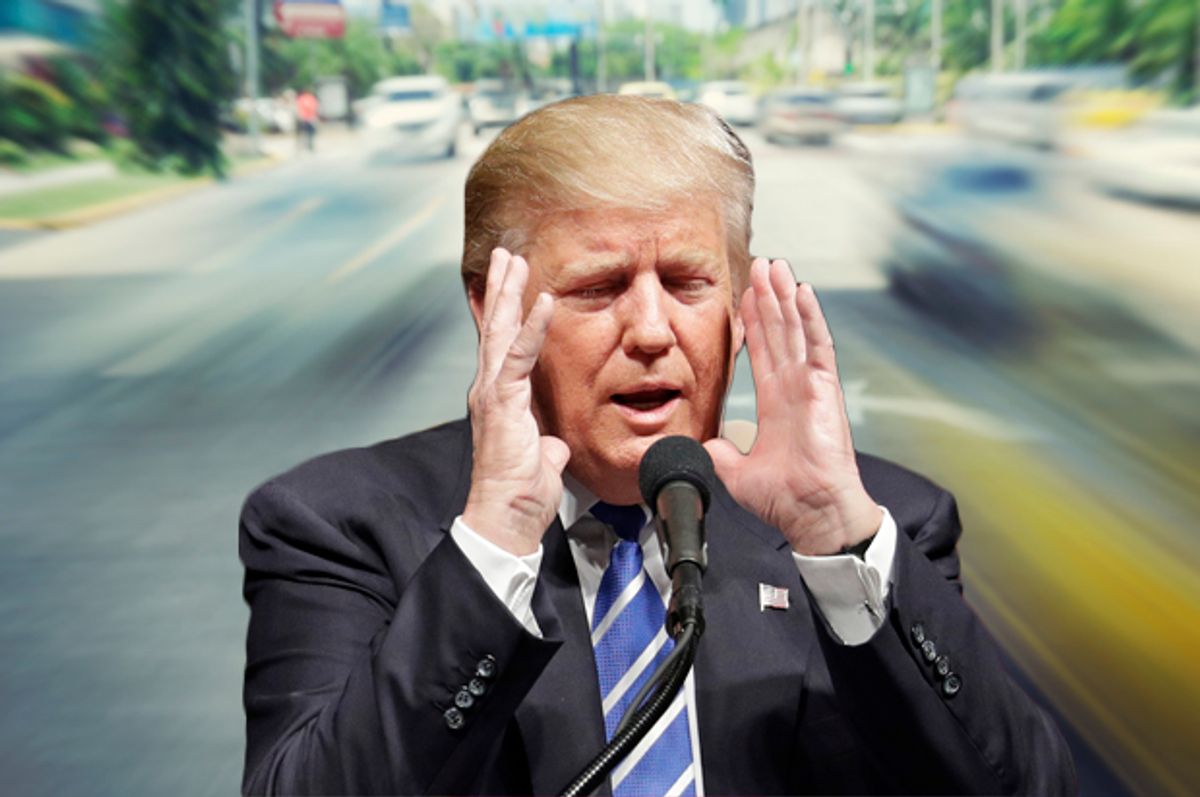 When President Donald Trump said on Monday that “nobody knew that health care could be so complicated,” the deafening bang you heard was the sound of every health policy wonk, political reporter, hospital executive, health care worker, insurance company employee, close or casual observer of Congress during the 2009 to 2010 debate over the Affordable Care Act and anb y patient who has ever signed up for insurance or needed medical attention slamming their forehead into the nearest wall.

“Nobody knew that X could be so complicated” may as well be the mantra of the entire horror movie that is Trump’s presidency so far, from his campaign announcement almost two years ago through his first month in office. Consider just the following by-no-means-complete list of stories since November’s election:

1. During the campaign, Trump promised to repeal Obamacare and replace it with “something terrific” as soon as he took office. But in Monday’s Washington Post, Greg Sargent reported on a split that has opened among some of Trump’s advisers over how to go about repealing the ACA. Repeal would mean the end of the law’s expansion of Medicaid, which has been responsible for a notable drop in the uninsured rate in several states ruled by GOP governors. These governors are now concerned about the consequences for their constituents and their states if those beneficiaries lose access to health care.

2. The implementation of  Trump’s long-promised ban on Muslim immigration encountered trouble the minute it came across those minor features of American government known as “judicial review” and the “rule of law.” This was an easily foreseeable complication that Trump’s team nevertheless ran into faster than a speeding Ferrari that has lost its brakes.

3. Speaking of immigration, the building of an impregnable wall along the 2,000-mile Mexican border and forcing Mexico to pay for it is likely to remain a pipe dream thanks to minor obstacles. These include exceptionally difficult geography, forceful opposition from Mexico and the fact that some land along the border is under the sovereign control of a Native American tribe, which means the U.S. can’t just build anything it wants there — at least not without a fight.

4. Just after the election, Trump was apparently shocked to learn that his big plans to rebuild the national infrastructure would mean spending money from the Treasury. Where he thought the money would come from when he was pushing this idea on the campaign trail is anyone’s guess. Perhaps he thought it grew on trees.

Trump’s braggadocio and simplistic solutions on the campaign trail made it easy to imagine how he decided to run for president. One could picture him holding court at dinner tables in his hotels or at Mar-a-Lago, sawing at a well-done steak slathered with ketchup while snarling about how darn complicated politicians in Washington make everything, which is why they kept having disasters like Obamacare and the Iraq War. If they would just let him run everything, he’d show everyone how to get things done. All his sycophants just nodded and said kept on saying, “You’re right, Donald” in between bites of the meatloaf he had made them order.

Of course all politicians make promises they cannot keep or have no intention of doing so once in office. What was grating about Trump’s assurances was his insistence that having run a business for several decades, he had some magic formula that would allow him to cut through all the red tape of government (to say nothing of the Constitution and federal law) and get things done. It was so simple, he claimed, and the only reason it hadn’t been done sooner was because the terrible people who had been running the government all along didn’t know what they were doing.

This was always nonsense. To take one example, a simple reason that the Affordable Care Act is complicated is because the health industry encompasses about one-sixth of the nation’s $18 trillion economy and touches virtually every one of the nation’s 320 million residents. The sheer numbers alone, to say nothing of the infinite variations involved with people's medical and insurance needs and how to pay for them, make it complicated.

That a wealthy, 70-year-old narcissist lacked the imagination to see complexity in all its forms is no surprise. But he sold his own impoverished vision to enough people to sneak into office, where he is brazenly enriching himself and his family while it slowly dawns on his fans that maybe not every situation — with the ACA, immigration, national security, the budget —  is quite as black and white as he said. That millions of people will have to suffer for the ego of this snake oil salesman is an unspeakable tragedy.