How many pro-rich, anti-working class policies can Donald Trump propose before he stops being called a populist? 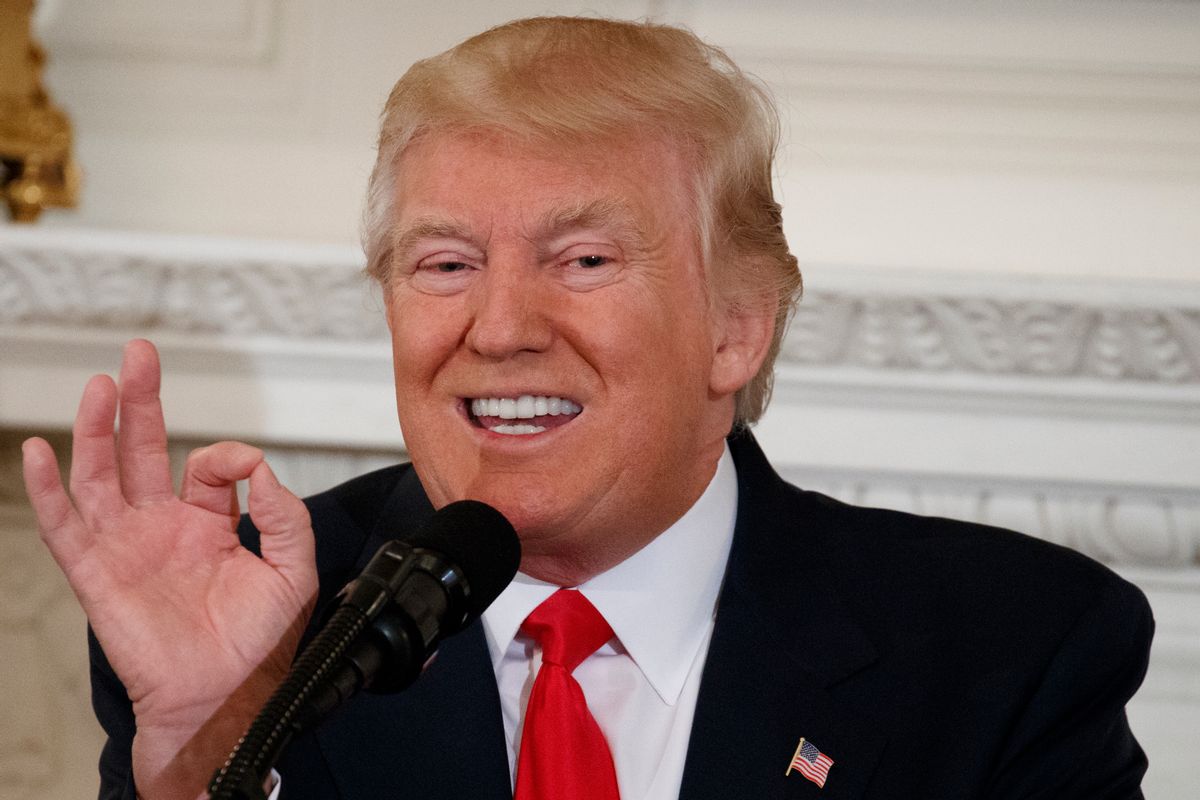 One of the enduring frustrations of Donald Trump's 2016 campaign and presidency is the fact that he somehow has managed to cast himself as a “populist” despite being a flagrantly oligarchical representative of America’s super-wealthy elite. While he spits acid about Muslims and immigrants and trade deals, he backs policies that benefit the rich while screwing over everyone else.

This is true of Trump’s tax proposals, which redirect wealth from the poor to the ultrarich. No one who supports repealing the estate tax can credibly be called a “populist.” It’s also true about his health care proposals, which slash benefits for low-income people while cutting taxes on the well-to-do. And it looks like this pattern will hold with respect to Trump’s forthcoming budget proposal, in which the “populist” president will ask for a big hike in defense spending while inflicting painful cuts on social programs.

The centerpiece of the Trump budget plan, according to early reports, is a $54 billion increase in military spending. The administration insists that it's going to cover the costs of a big military buildup with cuts to other programs. This typical of how Republicans' budget-making process usually plays out: They have very clear ideas for where they want to redirect funds (to the military or rich people) but are determinedly vague when it comes to explaining precisely where that money will come from. It has to come from somewhere, and since tax increases are forever off the table, Republicans usually cite some combination of economic growth and unspecified cuts to discretionary spending to explain how their budget priorities will be paid for.

As the Washington Post has reported, the Trump White House offered up foreign aid as one budget item it plans to cut deeply. CNN noted that the administration is also considering slashing the Environmental Protection Agency’s budget as much as 25 percent. Taken together, those two cuts wouldn’t come close to covering the cost of a proposed $54 billion military spending increase. The EPA’s total annual budget is only about $8 billion. Foreign aid, meanwhile, will total about $36 billion for fiscal year 2017, so even if the White House plans to trim that number, say, 50 percent, it still has a lot of ground to make up.

The rest of the money would have to come from other programs. As the Center on Budget and Policy Priorities has noted, this could mean slashing staff at the Social Security Administration or reductions for Head Start and federal housing assistance. Republicans are generally fine with cuts to the safety net, which would be necessary to make the budget math work. But GOP policymakers are not eager to talk about them because of the potential for political backlash.

This focus on foreign aid and the EPA is a big con job that the White House is pushing to make its budget seem less regressive than it actually is. The EPA has been singled out as a job-killing bogeyman and the poster child for out-of-control regulation that harms the economy. Trump and the rest of the GOP would have voters believe that restraining the agency will magically revive the sputtering coal industry in Appalachia. It won’t. Gutting the EPA’s budget will accomplish little beyond hampering the agency's ability to fulfill its mandate.

Pushing the foreign aid cuts is way to cynically promote the administration’s “America first” political message while exploiting the public’s misunderstanding of how much the country truly spends on foreign aid. Public polling has consistently shown that people wrongly believe the U.S. spends 10 percent to 25 percent of its budget on foreign aid. The real figure? It's less than 1 percent. By boasting that paring back assistance to other countries can pay for a massive bump in military spending, the Trump administration is appealing to nationalist fervor while obscuring the fact that other, more politically popular programs will also have to take a hit.

At some point, presumably, the ill-gotten “populist” sheen will finally be rubbed off President Trump. Hopefully that moment will come before he can gut the welfare state entirely and zero out the tax liability for rich people like himself.