No longer hosting "The Daily Show," Stewart says he spends the whole day "yelling about Trump to animals" 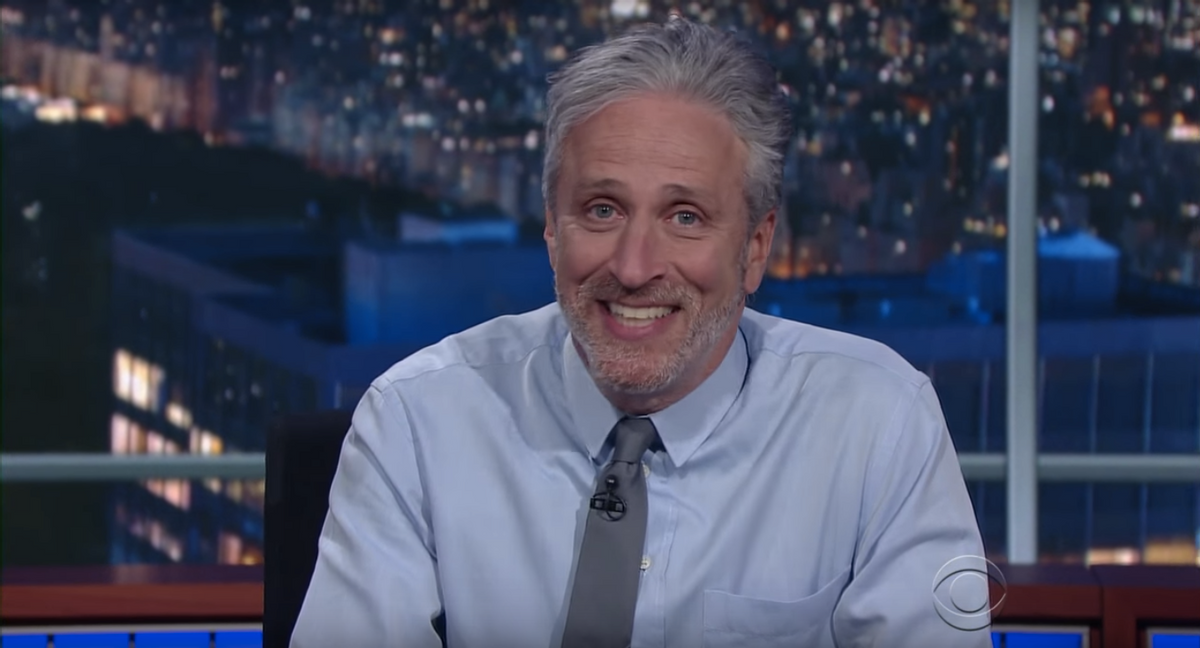 Jon Stewart again made an appearance on "The Late Show with Stephen Colbert" Monday night, where he chatted with his old friend, Stephen Colbert, about President Donald Trump's hostile relationship with the media.

Stewart, who now lives on a farm outside New York City, admitted he misses television and the large platform he had.

"I spend the whole day yelling about Trump to the animals," Stewart said of his new life.

For Stewart, the deception coming from the new administration is hard to keep up with and cannot be compared to the "fake news" media that Trump trashes on a daily basis.

"Trump lies more in one press conference than CNN does in a year," Stewart said. "And this is coming from a guy who, as you know, hates CNN."

Colbert wondered aloud if it was fair to call Trump's misinformation "lies." Stewart had a reasonable answer to this:

"He's lying on purpose. Do you know how I know? Because he constantly says the phrase 'believe me.' Nobody says 'believe me' unless they are lying," Stewart explained.

"I'll give you some examples," he continued. "Oh, honey, I was just helping Stacey test out her perfect sleep number. Believe me," Stewart joked.

"What? No. It's just a giant wooden horse. Believe me. What? Democrats are in disarray? No. They have a plan. Believe me," Stewart said.

After taking a swipe at the Democrats, Stewart then focused his attention on the media, which had a setback this week when the president backed out of the White House Correspondents Dinner.

"So, I heard Donald Trump broke up with you. Stings a little, doesn't it? Finally thought you had met your match: a blabbermouth who is as thin-skinned and narcissistic as you are. Well, now it's over and good riddance I say," Stewart said. "Kick him to the curb."

"Here's my point," he continued. "This break up with Donald Trump has given you, the media, an amazing opportunity for self-reflection and improvement. Instead of worrying about whether Trump is unAmerican or if he thinks you are the enemy, or if he is being mean to you or if he is going to let you go back into the briefings, do something for yourself. Self-improvement, take up a hobby. I recommend journalism."