Before Trump mentioned immigration reform in his speech before Congress, he told reporters he wants a new bill 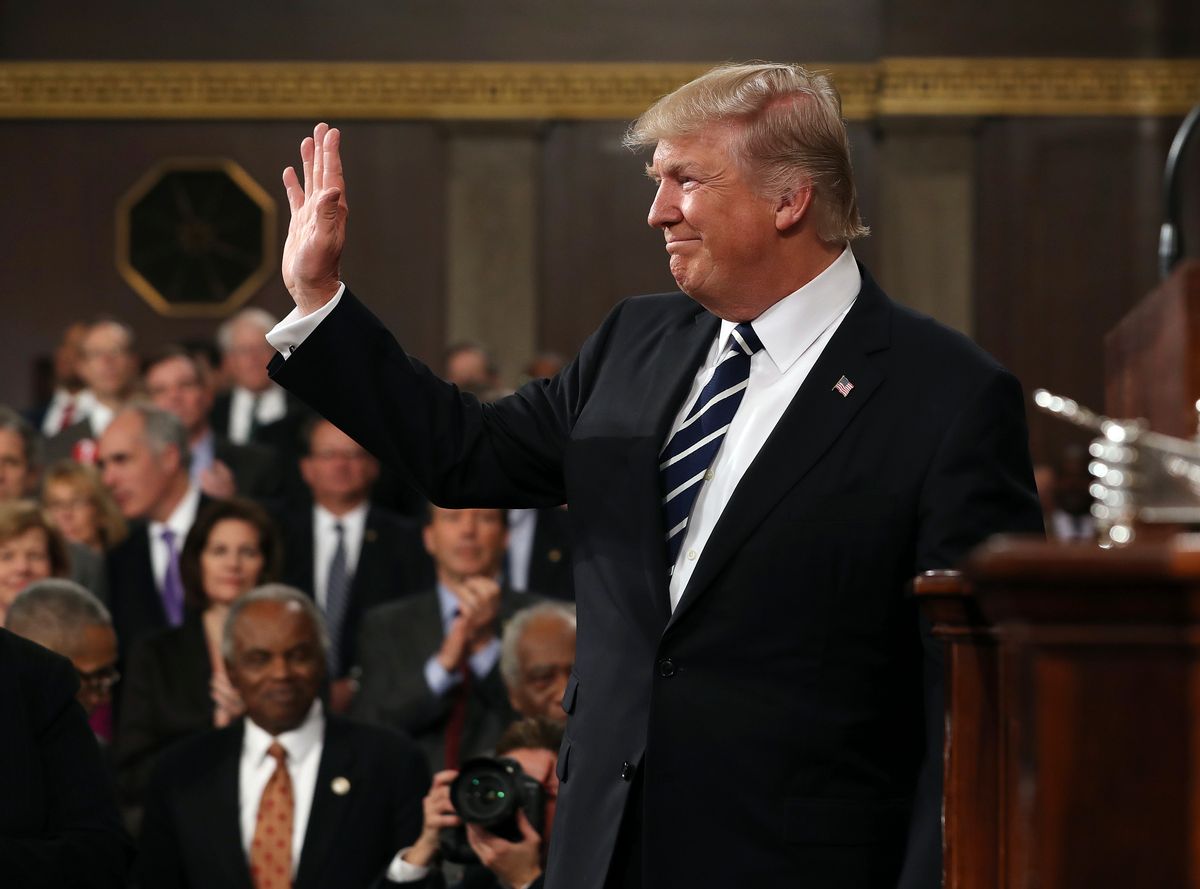 President Donald Trump floated the prospect of a new immigration bill during a meeting with news anchors at the White House on Tuesday. According to CNN reporters who attended the meeting, the president was "eager" to pass comprehensive immigration reform in his first term. The hypothetical bill would not grant citizenship for millions of undocumented immigrants, but would allow those who are not serious criminals to live, work and pay taxes in the U.S. without fear of deportation, according to a senior official in the administration.

"The time is right for an immigration bill as long as there is compromise on both sides," Trump reportedly said in the closed-door meeting.

Later that night, the president introduced this policy goal in his speech before a joint-session of Congress.

"I believe that real and positive immigration reform is possible, as long as we focus on the following goals: to improve jobs and wages for Americans, to strengthen our nation's security and to restore respect for our laws," he said. "If we are guided by the well-being of American citizens then I believe Republicans and Democrats can work together to achieve an outcome that has eluded our country for decades."

Clearly still in the early planning stages — the White House hasn't released a white paper detailing how this immigration bill would work — Trump did not exactly abandon his campaign platform in his speech Tuesday night. Trump still stands by his travel ban that was blocked by the courts. He said he wants to cut back on foreign workers entering the country.