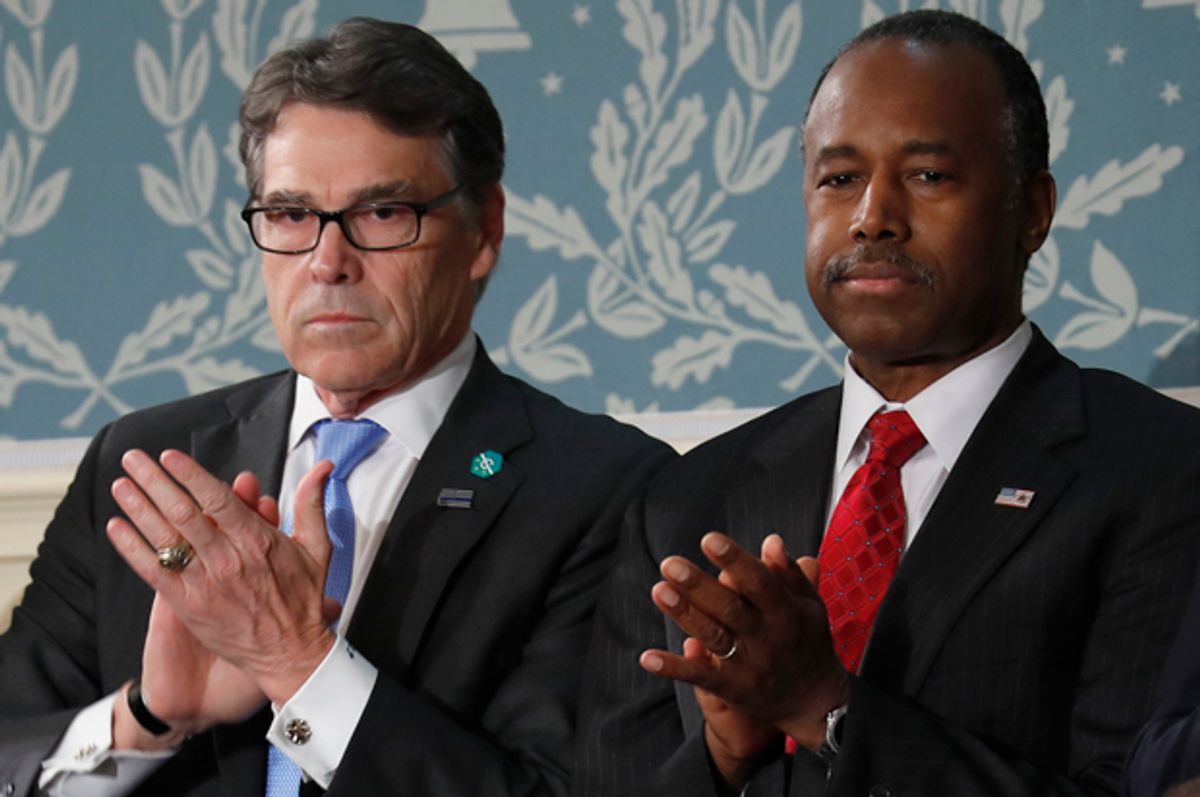 Amidst calls for recusal and resignation from recently appointed Attorney General Jeff Sessions, the Senate voted to confirm two new Cabinet members. In a 58-41 vote, retired neurosurgeon Ben Carson was confirmed as secretary of Housing and Urban Development; former Texas governor Rick Perry was voted in as energy secretary in a 62-37 vote.

Both Cabinet appointees ran against President Donald Trump in the presidential primary before endorsing Trump. One of many controversial appointees, Carson lacks experience in housing and development, as well as government in general. Rick Perry reportedly doesn’t understand the full scope of his role as energy secretary.

Six Democrats – most of whom represent states that voted heavily in favor of President Donald Trump -- and one Independent joined with Republicans to approve Carson’s nomination. Massachusetts Sen. Elizabeth Warren voted against Carson’s nomination after receiving blowback from liberals for an earlier vote of confidence.

According to a report from NPR, Carson is qualified to lead HUD because of “his life growing up in subsidized housing, growing up in poor communities." Rick Perry, on the other had, previously called for the elimination of the Energy Department. He has since rescinded that sentiment.

Perry has close ties to the Texas oil industry and sits on the board of directors at two petroleum companies in favor of the Dakota Access Pipeline. Carson has given little indication about how he would actually run HUD beyond that he would take a “holistic” approach to housing, and develop “synergies” with other agencies.