CNN's series could have shed light on the heart of belief. But its host and emphasis on theatrics get in the way 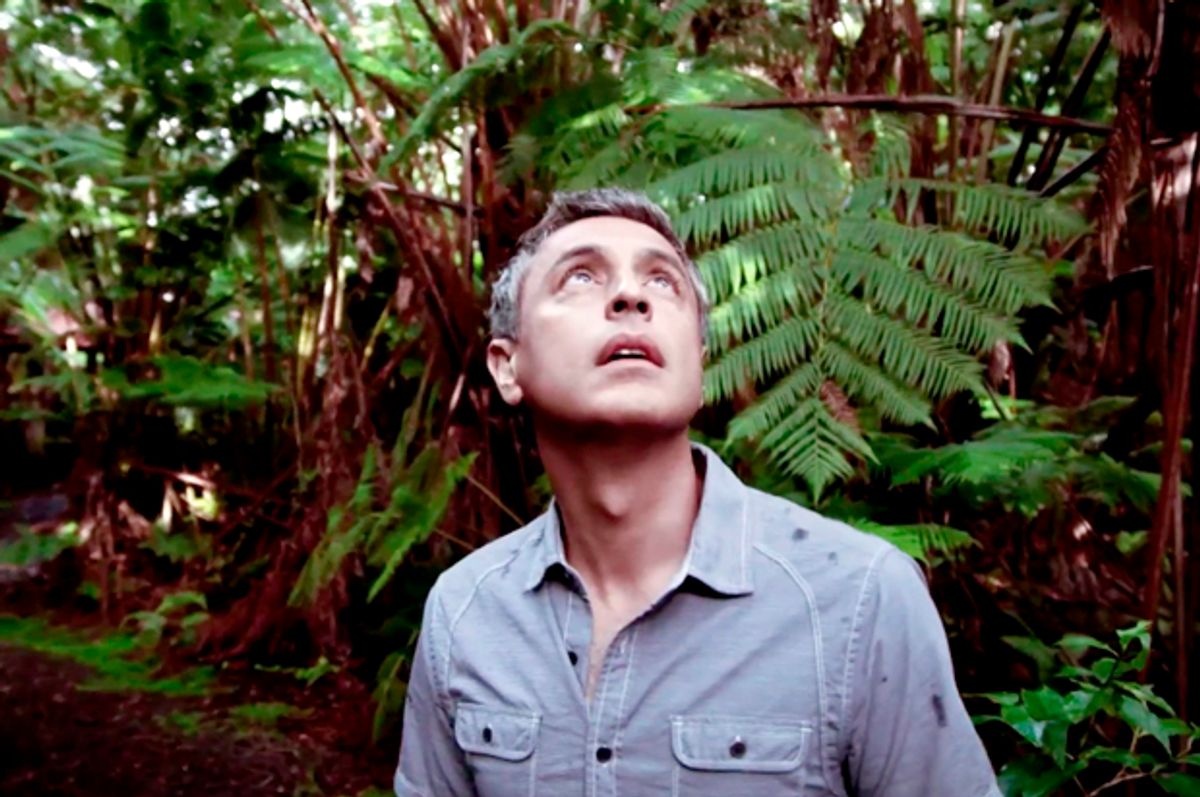 Belief is a complicated concept. It can be sustaining or destructive, bridge divides or fracture communities. In a sense, belief differs somewhat from faith; whereas faith is about confidently knowing something to be true, belief can be rooted in various understandings about a truth.

Thus, CNN’s series “Believer with Reza Aslan” is an intriguing proposition. The six-part series, premiering Sunday at 10 p.m., arrives at a time when the conflict between major belief systems is affecting not only American politics but also the fundamentals upon which our democracy is founded.

A show hosted by a Muslim that dives into the heart of various belief systems for the purpose of showing the shared similarities at the heart of the world’s various religions — mercy, empathy, charity, among them — would be a welcome contribution to this dialogue.

Press materials describe “Believer” as a “spiritual adventure series,” and it places Aslan, an author, commentator and scholar of religions, in a role that is similar to that of culinary authority and TV host Anthony Bourdain.

But Aslan’s intent is more serious than the show's description makes it sound. The hook, he told me in a recent interview, is that he doesn’t merely observe. “I convert. I become one of them. I join their cult or their religion,” he explained. “It's very experiential. It's less informative than it is ‘You're going to learn about these faiths by watching me live these faiths.’”

This means that for “Believer” to truly work, the viewer has to only believe in one thing: its host.

In “Believer,” Aslan travels the globe to show viewers the practices and rituals of various religious commuities, including ones involved with ultra-Orthodox Judaism in Israel, voodoo in Haiti, Santa Muerte in Mexico and Scientology in the States.

In next week’s episode Aslan visits an apocalyptic doomsday cult in Hawaii led by a guy who calls himself, no joke, JeZus. Aslan refers to him in Serious Narrator Voice as “Jesus, with a Z,” resulting in such unintentionally hilarious lines as “the guys at the hot dog stand filled me in on JeZus with Z.”

It is at this point that you may wonder if you somehow stumbled upon a news channel devoted to The Onion's parodies of Vice News. Be assured this is a CNN product.

But Aslan’s fascination with religion is genuine. As he says in each episode’s opening credits, he has studied the world’s faiths for 20 years. He holds a master’s degree in theological studies from Harvard Divinity School, as well as a doctorate in sociology of religions from the University of California at Santa Barbara.

He also earned a master's degree in fine arts from the University of Iowa’s Writers’ Workshop and happens to be Hollywood handsome. As such, when his 2013 book “Zealot: The Life and Times of Jesus of Nazareth” rose to No. 1 position on The New York Times best-seller list, Aslan’s celebrity soared right along with it.

In addition to serving as a commentator for CNN and other programs, he is also a consulting producer on HBO’s scripted series “The Leftovers” and was an executive producer on the short-lived ABC biblical drama “Of Kings and Prophets.” Finding dramatic elements within religion and spirituality appears to be his forte.

He continued, “A lot of people will watch these episodes,” noting, “and what they'll see in the first few moments might seem really foreign and exotic and frightening and weird, and then by the end of the hour . . . they'll probably think to themselves . . . ‘Well, not that weird actually. Not as foreign as I thought, and actually I kind of agree. I share similar beliefs.’”

If “Believer” accurately reflected this description, the series would have been extraordinary. But its emphasis on “the foreign and exotic and frightening and weird” in the opening episode steals the focus from its more virtuous elements.

"Believer" opens in India with a crash course summary of Hinduism and its caste system unofficially observed to this day. Aslan admits to having a fascination with the religion’s beauty and its belief in reincarnation, but balks at its treatment of people on the lowest rung of the caste system who are known as untouchables.

He explains that one’s karma is affected by the amount of spiritual pollution one sustains in life. Since many untouchables are charged with handling waste and the disposal of bodies, this dooms them to an inescapable cycle of rebirth into a miserable existence.

This leads Aslan to the Aghori, an ascetic sect whose members believe that no external pollution can wall off a person from the divine; therefore no person is truly an untouchable. A mainstream branch of the sect follows the teachings of the late Aghori leader Baba Bhagwan Ramji and works toward the banishment of discrimination while embracing the neglected and the stigmatized. Aslan visits a network of such Aghori organizations in Varanasi that are dedicated to caring for orphans and treating people with leprosy.

That is not where he “converts.”

Another type of Aghori devotee demonstrates the fallacy of pollution by rubbing his skin with human cremains and eating and drinking out of skulls — an unscripted TV producer's dream. Most Indians shun these kinds of Aghori, but Aslan decides to visit a few of them first. A priest who subsists on honey and uses human skulls as bowls sets the bar for the episode, telling Aslan that he’s heard from other practitioners, “after burning, human flesh is so tasty. Oh, so sweet and so tasty.”

This is the man Aslan consults for tips on joining the faith. For starters, the priest tells him, he has to bathe in the most sacred river for Hindus, the Ganges, and drink of its waters.

Cut to shots of men soaping up their buttocks and tight close-ups of bags of garbage and animal carcasses floating by. “There is no way I’m getting in this water. This is one of the most polluted bodies of water in the world,” Aslan declares, adding after a long rant, “It’s basically just a giant toilet. I am not getting in this water, and I’m definitely not drinking it.”

He says this about 19 minutes into a 42-minute episode. Guess what eventually happens.

Few series get their entire mission right in their first episode, but “Believer” fails to deliver on its central premise by leading with such sensationalism over questing for purer understanding. Nowhere is this clearer than another scene, in which Aslan approaches three men sitting on a Ganges riverbank and informs the self-identified guru of the bunch that he’d like to become a follower. Remember: He has to convert.

What follows is sheer uncomfortable comedy, right up until the point that the editors blur out parts of the shot as Aslan’s new “baba” reaches down between his legs. Aslan and his guide dash away in disgust.

There is no way that Aslan and his team didn’t entertain the possibility that one those shaggy randoms might do something bizarre and dangerous. Of course they did. So how, exactly, does that serves Aslan’s declared purpose of demonstrating the unifying vision of belief?

Equally problematic, if not more so, is the fact that “Believer” makes Aslan's experience its focus. That’s the show’s premise, mind you, but he leaves the viewer with little personal understanding of the energy and truth it takes to walk with belief.

That’s a shame. In person I found Aslan to be engaging, thoughtful and quick. In “Believer” he comes off as a vain parody of adventure series hosts in general — artificial, melodramatic and self-aggrandizing. He’s the Forrest MacNeil of cultural observers. Unfortunately, these are not new episodes of “Review.” (We'll have to wait a couple of weeks for those.)

Despite the show's premise, it would be naïve to expect that Aslan would truly convert to the faiths he’s exploring in “Believer.” More nuanced execution and a toned-down approach would at least make the appearance of conversion feel genuine and moving. Aslan never achieves that state, and that makes it difficult to buy into this show.