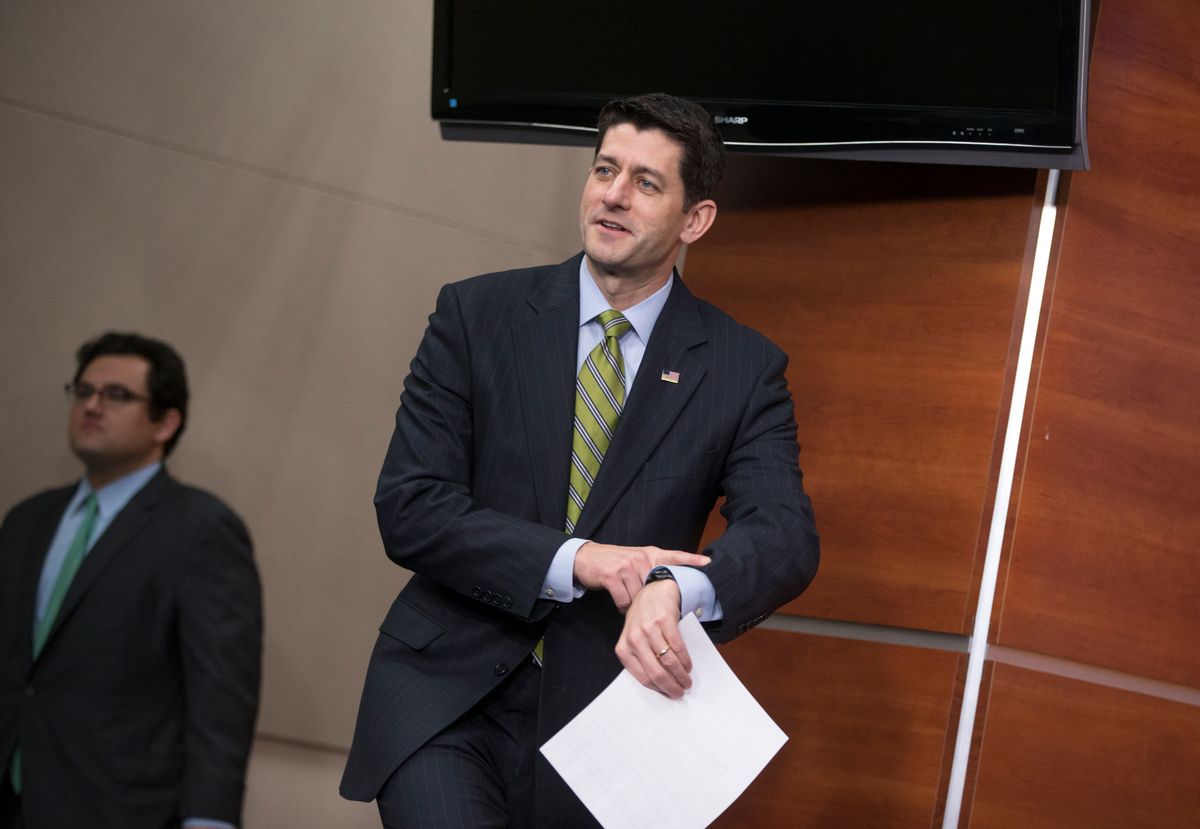 While high-profile Republicans are calling on Attorney General Jeff Sessions to recuse himself from investigations involving Russian interference in the 2016 election, the GOP's leader in the House, Rep. Paul Ryan, is saying that such reactions are excessive. In a press conference on Thursday, Ryan took a stance that strongly differed from those of some of his colleagues, including Rep. Jason Chaffetz and Rep. Raul Labrador.

"If he himself is the subject of an investigation, of course he would," Ryan said about President Donald Trump's attorney general. "But if he is not, then I do not see any purpose or reason to doing this."

Unfortunately for Congress, the FBI director, James Comey, has refused to disclose if Sessions is the subject of an ongoing investigation. Rep. Adam Schiff, the ranking member of the House Intelligence Committee, said that Comey would not answer his questions on Thursday about a possible Sessions probe.

Without these details, Ryan indicated, there is no reason for a shake-up in the Justice Department.

"Here's another thing: We have seen no evidence from any of these ongoing investigations that anybody in the Trump campaign or the Trump team was involved in any of this," Ryan continued. "We have been presented no evidence that an American was colluding with the Russians to meddle in the election."