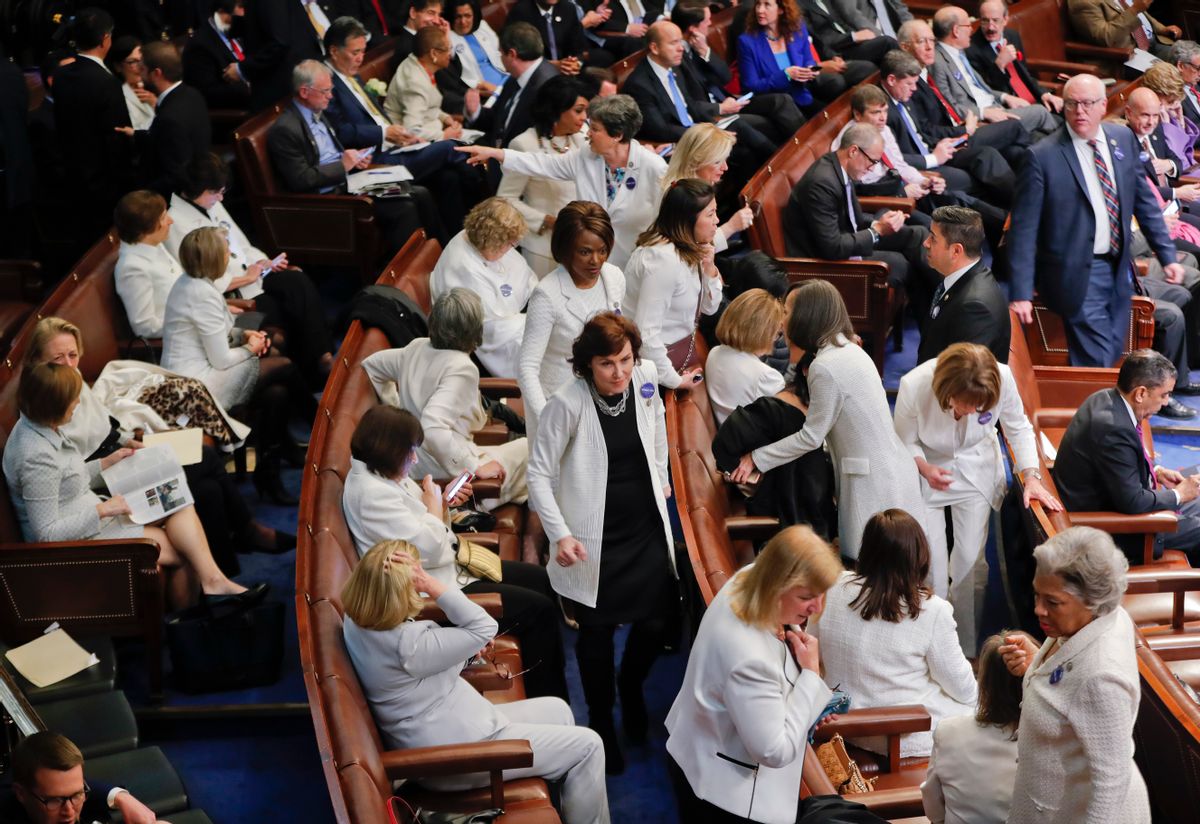 “But by the way, did you notice how poorly several of them were dressed as well?” he said on "What's On Your Mind," an AM radio program. “It is a syndrome. There is no question; there is a disease associated with the notion that a bunch of women would wear bad-looking white pantsuits in solidarity with Hillary Clinton to celebrate her loss. You cannot get that weird.”

On the eve of Women's History Month, members of the House Democratic Women's Working Group opted to wear white in alliance with the suffragettes and as a show of resistance against a potential regression in women's rights by the Trump administration.

But Cramer wasn't buying it. When he was questioned about his remarks, he defended them, telling CNN: "The point of my statement was these women who put on these white pantsuits to celebrate suffrage were really there to be rude to Trump. They looked silly."

Cramer's comments expand on the type of critiques that Hillary Clinton has endured throughout her political career for her wardrobe choices. The Daily Wire once published the headline "Hillary Breaks Out The Ugliest Outfit In Human History" and Tim Gunn from "Project Runway" said in 2011, "Why must she dress that way? I think she's confused about her gender."

Women weren't allowed to wear pantsuits on the Senate floor until 1993.

Cramer did not acknowledge this history but went on to say the women's choice of dress was representative of a larger problem with Democrats' politics today and their penchant for "division" and "identity politics."

"It's time to get over all that as well," he said. "They're members of Congress after all."

"They should be celebrating the fact that there were women members of Congress sitting in a joint session," Cramer said, "listening to the president of the United States on equal footing as a co-equal branch — and sort of get over this notion that somehow we have to be offended all the time."