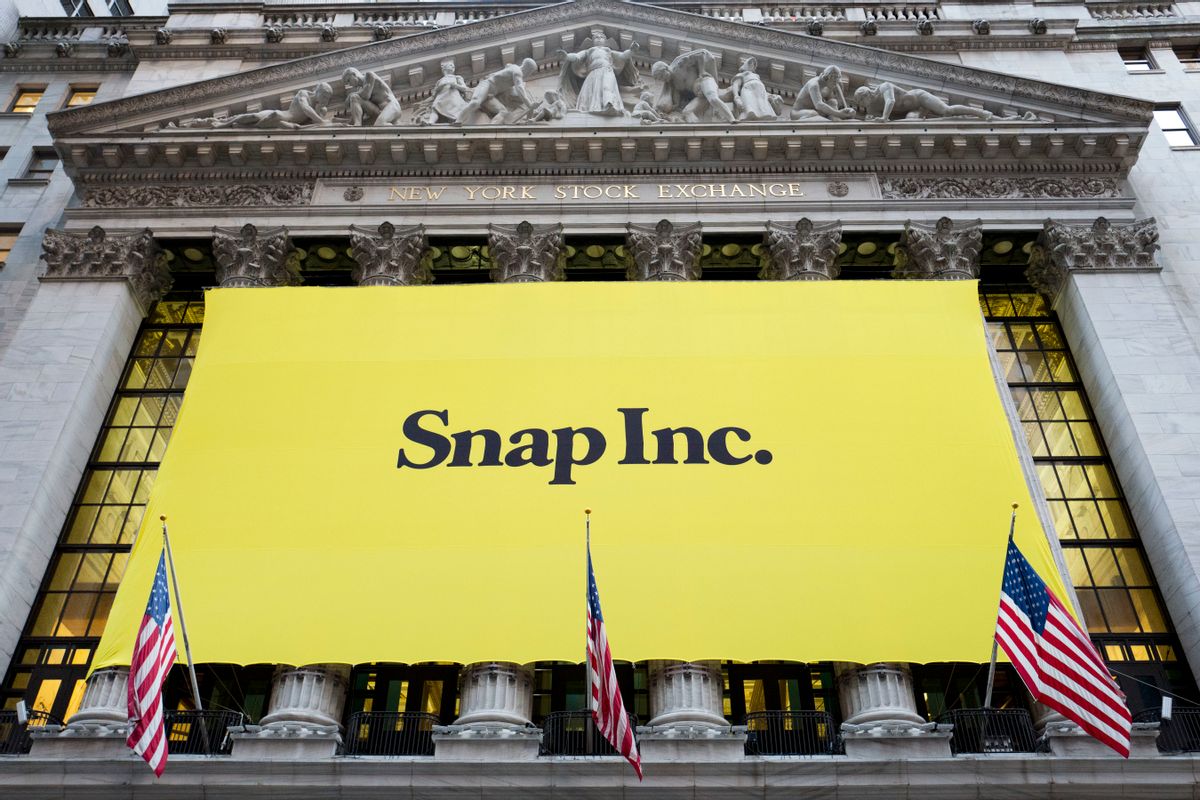 A banner for Snap Inc. hangs from the front of the New York Stock Exchange, Thursday, March 2, 2017, in New York. The company behind the popular messaging app Snapchat is expected to start trading Thursday after a better-than-expected stock offering. (AP Photo/Mark Lennihan) (AP)
--

SAN FRANCISCO (AP) — A California high school has made millions of dollars from the initial public offering of shares in Snap Inc., the company behind the Snapchat photo messaging application.

Simon Chiu, the president of Saint Francis high school in Mountainview, said the school board agreed to invest $15,000 in seed money in Snap in 2012, when the company was just getting started. They had been invited to do so by one of the student's parents, who was a venture capital investor.

Snap shares sold for $17 each in an IPO this week and their price rocketed 44 percent higher when trading began Thursday.

The school was quoted by media including Quartz as saying they sold two-thirds of their shares at $17 each, to raise $24 million.