Monitor your sex life with a Fitbit for your junk

It's called the i.Con Smart Condom, and you should be afraid of anyone owning one 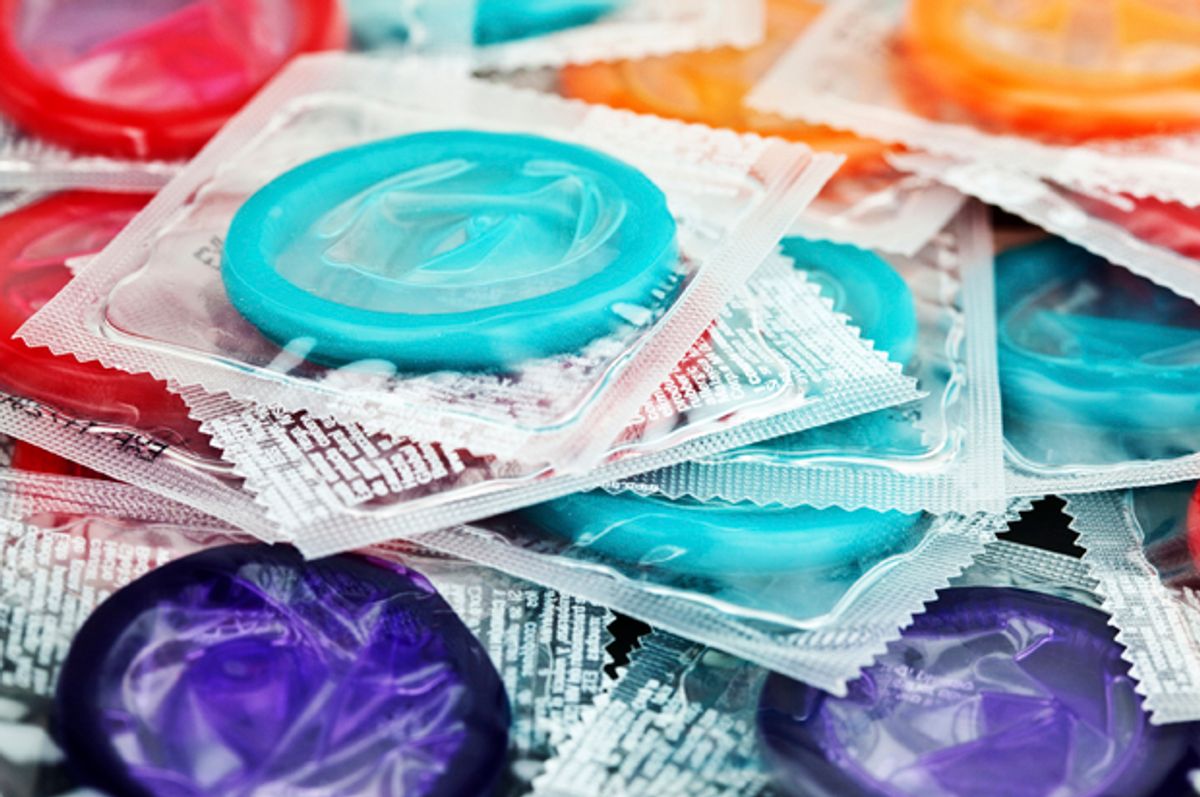 Because we live in a world of social media obsession and our lives are basically open books, researchers have developed a "smart condom" that can let everyone know just how well you're doing in bed.

Called the i.Con Smart Condom, the British Condoms product is actually a ring that sits around the base of a man's penis, above a real condom. Using the term "session" to describe getting it on freaky-deaky style, British Condoms describes how it will measure calories burned, number and speed of your thrusts, duration and more:

Utilizing a Nano-chip and sensors, i.Con will measure and remember a number  of different variables during your sessions. Once your session is completed, you will then be able to use the i.Con app to download your recent data which is paired to the device using Bluetooth technology. Once you have downloaded your data, the i.Con will automatically clear its memory making way for your next session. It’s extremely simple to use.

The i.Con says that "all data will be kept anonymous," which seems to be a moot point since anyone buying a device to measure thrust count, thrust velocity, session duration — and the oh-so-important girth measurement — would likely want everyone to know what their stats are. If someone owns this, uses it and doesn't share his stats, that should raise a major red flag.

Looking at the product's website, there doesn't seem to be a clear choice of color. However, if the i.Con does not come in subtle off-white coloring with a watermark, well then, someone dropped the damn balls.

The i.Con is a wonderful product for men who have always been wondering how they stack up to other men. Without stats to back their claims up, they would have to lie about their sexual prowess the old-fashioned way: by buying a Porsche.

Unfortunately, the i.Con Smart Condom doesn't seem to be able answer the one question that one would think would be really important to someone not interested in buying the product: "Honey, did you enjoy it?"

Just make sure your sharing settings don't include parents.