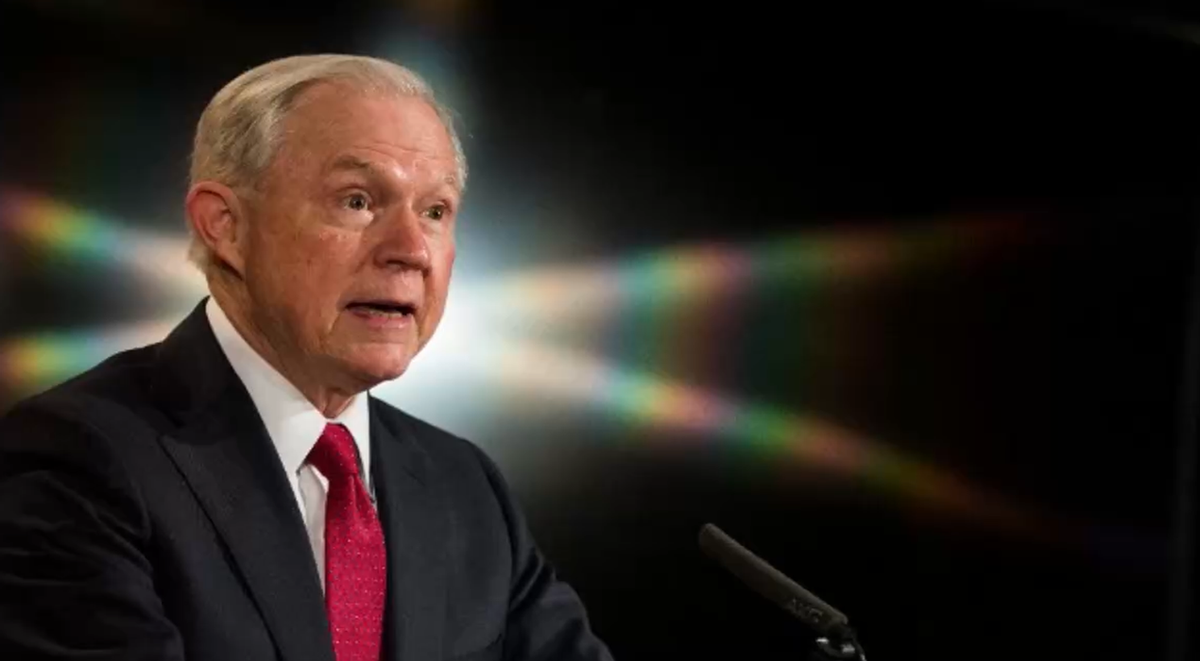 All nine Democrats on the Senate Judiciary Committee requested Republican Chairman Chuck Grassley call Attorney General Jeff Sessions back before the committee after it was revealed that he didn't disclose at least two meetings with the Russian ambassador to the U.S. during his Senate confirmation hearings.

Exactly three weeks after assuming office, President Donald Trump's pick to lead the Department of Justice was forced to recuse himself from any investigation involving the campaign or its ties to Russia. Session's recusal comes after revelations that the attorney general failed to disclose contacts with the Russian ambassador during the former Alabama senator's confirmation hearing.

"He must appear in public before the Senate Judiciary Committee to explain why he twice gave misleading testimony under oath and why he failed to disclose such false testimony until prompted by news reports,'' Sen. Patrick Leahy, D-Vermont, told USA Today.

In his January testimony, Sessions told Sen. Al Franken, D-Minnesota, that he had no communications with Russian government officials. He provided a similar response in writing to Leahy as part of the confirmation process. Facing a torrent of criticism, Sessions has since said the meetings with the Russian envoy were taken in his capacity as a member of the Senate Armed Services Committee and not as a campaign surrogate for then-candidate Trump.

"My answer was honest and correct as I understood it,'' Sessions said at a Thursday news conference, promising to send a letter to the Senate Judiciary Committee to "explain this comment for the record."

Instead, Democrats on the Senate Judiciary Committee sent a letter Friday calling Sessions back for another round of testimony before the committee.

Sessions "has to be brought back to the Judiciary committee to answer the questions that he cut off," Connecticut Sen. Richard Blumenthal told MSNBC Thursday. Blumenthal argued that a written letter isn't sufficient because "it is not under oath. It is not subject to questioning."

Blumenthal said that if Sessions fails to provide "a credible explanation" under oath, "he will have to resign."

Virginia Sen. Tim Kaine went further, telling USA Today that if Sessions refuses to return to the committee, "I will call for his resignation.''

The Judiciary Committee's Democrats also asked DOJ's inspector general Michael Horowitz to"conduct a thorough investigation" into Session's decision to recuse himself from any Russia investigation.
"We ask that you consider whether and when the Attorney General consulted with ethics officials or others regarding his involvement in these investigations, his contacts with Russian officials, and his testimony before our Committee during the confirmation process," the senators wrote.

Democrats, however, are in the minority on the committee and hold limited sway to get Sessions to reappear or force an independent commission to look into any talks between the Trump campaign and Russia. The chairman of the Senate Judiciary Committee, Republican Chuck Grassley of Iowa, has already made clear that he has no plans to recall Sessions.

"I appreciate that [Sessions] will be sending a letter to the committee, as I asked him to do, to clear up any confusion regarding his testimony so we can put this issue to bed once and for all," Grassley said after Sessions announced his recusal Thursday.