High technology may not mix with little kids, especially if hackers get involved 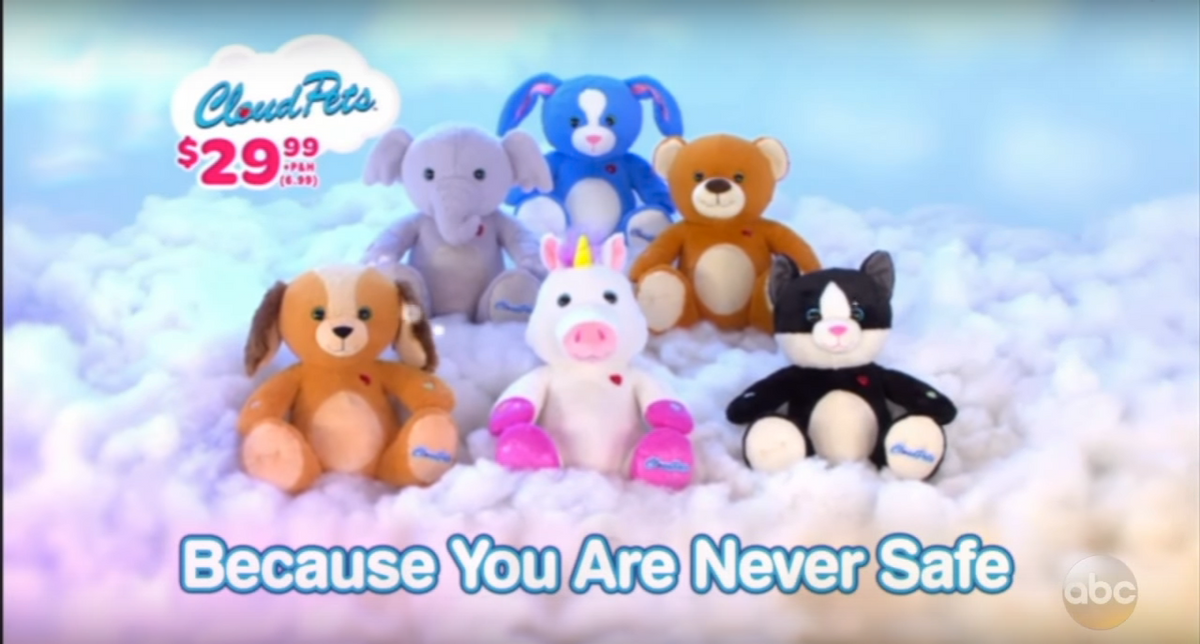 Earlier this week, cybersecurity expert Troy Hunt reported that a toy company's products were not secure, exposing children to privacy risks. A cloud-based security defect with CloudPets toys allowed anyone to view personal information, photos and even recordings of children's voices. Needless to say, the host of "Jimmy Kimmel Live" found the story very "alarming," considering over 800,000 accounts were vulnerable.

"Who could have guessed giving a kid a stuff animal with a microphone connected to the internet in it had the potential to go wrong?" Jimmy Kimmel asked his audience Thursday night.

CloudPets claimed no voice messages or images were compromised, but Kimmel wasn't buying that, so he made a satirical ad to show what was really happening.

In the fake ad, nefarious hackers with Eastern European accents communicate with children playing with their CloudPets toy.

"This is Jaco. I am cute. What is mommy's Social Security number?" a stuffed dog asks a girl lovingly hugging it.

"Send me to Melania as gift for little Trump boy," a toy bear suggests to his human owner.

"Tell me daddy's secrets. Does he make naked sex?" another CloudPet asks.

CloudPets toys are supposed to enable parents to make voice recordings for their children and vice versa. But, according to the cybersecurity expert who reported the break, it would be "a safe bet" that these audio recordings are now in the hands of an "untold number of people."

To end the hilarious, yet scary commercial, the narrator accurately says: "CloudPets, because you are never safe."