An enlightened bisexual man on the search for the perfect ménage 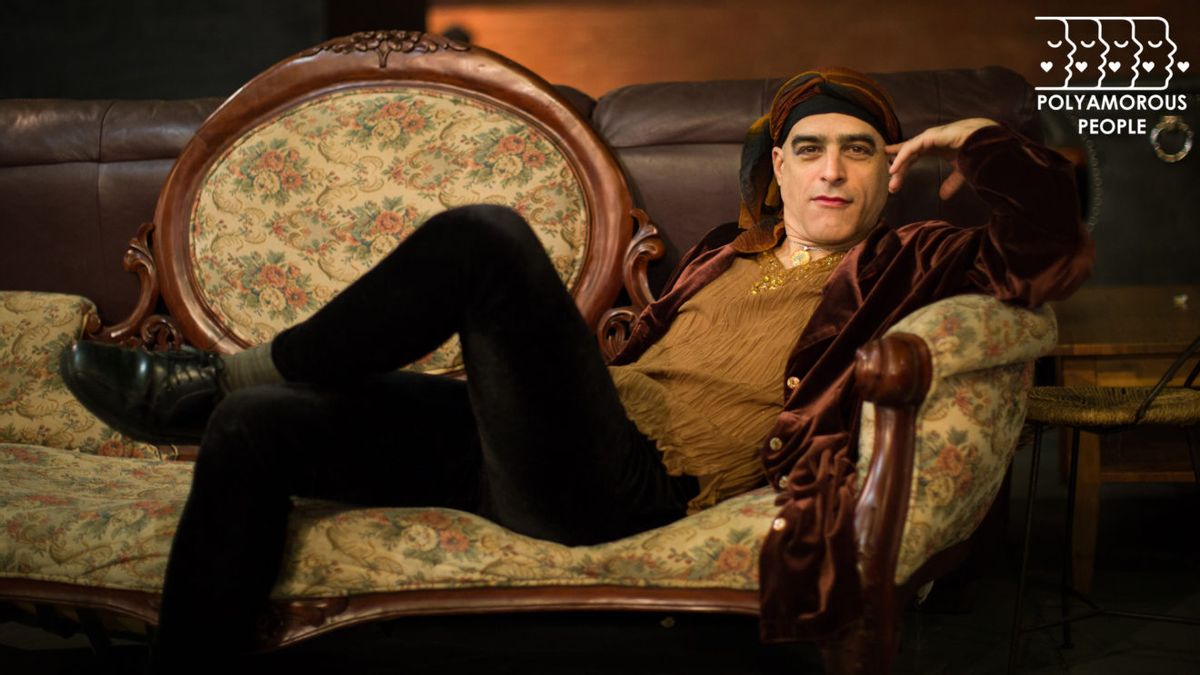 Poly Cocktails celebrated its tenth anniversary this Valentine’s Day. The monthly New York event is a hub for people who are polyamorous, meaning they have multiple romantic partners with the consent of all parties. Narratively’s Daniel Krieger headed to the rooftop lounge at the Delancey on Manhattan’s Lower East Side to hear some of their stories.

Seven years ago, I met a German woman in South Sinai, Egypt, who was practicing polyamory. (I grew up in New York and Chicago, but spent two years traveling around the Middle East and living in Egypt.) It wasn’t the first time I was introduced to the idea, but it was the first time it clicked. All my life I had the idea that being devoted to a lover meant being exclusive. It’s this idea that society imposes on us, so I had always tried to fit into that mold. But I’ve known since puberty that I am bisexual, so being in a relationship, to me, always meant having to choose permanently between one side of my sexuality or the other. It always felt like a huge sacrifice. Knowing what a sacrifice it was subconsciously undermined a lot of relationships I had or frightened me from getting into them in the first place.

Read more Narratively: "Polyamorous People #2: 'Once You Start Questioning Gender, Other Things Fall Down Like a House of Cards'"

After I met that woman in Egypt, I resolved I would date only poly people. I realized I was never going to find success in an exclusive relationship because it was always going to be an unbearable compromise. And then when I came to New York five years ago, I plunged directly into the poly scene. I went to every poly group I could find (there’s a bunch). It didn’t take long to figure out that Open Love NY (the group behind Poly Cocktails) was the best one for me. There’s a feeling of inclusivity I hadn’t felt elsewhere. It was the most welcoming for a bi man.

Read more Narratively: "Polyamorous People #3: 'I Experimented With Monogamy. It Was Torture.'”

I should clarify that a lot of bi people are perfectly comfortable being exclusive, even having a lifetime exclusive relationship and not feeling like they’re missing out on the other gender. But then there are people like me. There are two very distinct sides of my sexuality and each needs expression, confirmation and appreciation. When I try to be exclusive to one person, the other side feels neglected. I just couldn’t hack monogamy. I tried to live without men, and I tried to live without women. I couldn’t do either.

A big part of the paradigm of monogamy is a sense of property, a sense of owning another person. The other thing is jealousy, and the idea that it can be healthy to be jealous. I think both of these concepts are quite neurotic, but because they are accepted by our society it’s considered normal to treat other people as property and to regard jealousy as a sign of love rather than insecurity. With polyamory, there is instead the idea of “compersion,” which is taking pleasure in whatever makes your lover happy. You are happy to see your lover happy, and that includes them being made happy by the love of another person.

Read more Narratively: "The Artist Who Famously Emasculated Trump Is Now Painting With Your Blood"

But I’m not attracted to the type of polyamory that we call “open chain,” where person A is dating person B who’s dating person C who’s dating person D and so on. I like what’s known as the “closed loop,” where a limited number of people are seeing each other exclusively. So you do have exclusivity, but it’s not confined to two. It could be three (a triad) or four (a quad). My needs would be perfectly met in a triad with another man and a woman. I so love the idea of being with one lover and then meeting our girlfriend or boyfriend. The ménage is so much more relaxing than the couple dynamic. I restrict my relationships to those that offer this possibility, although that hasn’t happened yet. I have nothing going now. I’m single.