Season 5 of "The Americans" is going to "really reach a crisis point," promise producers 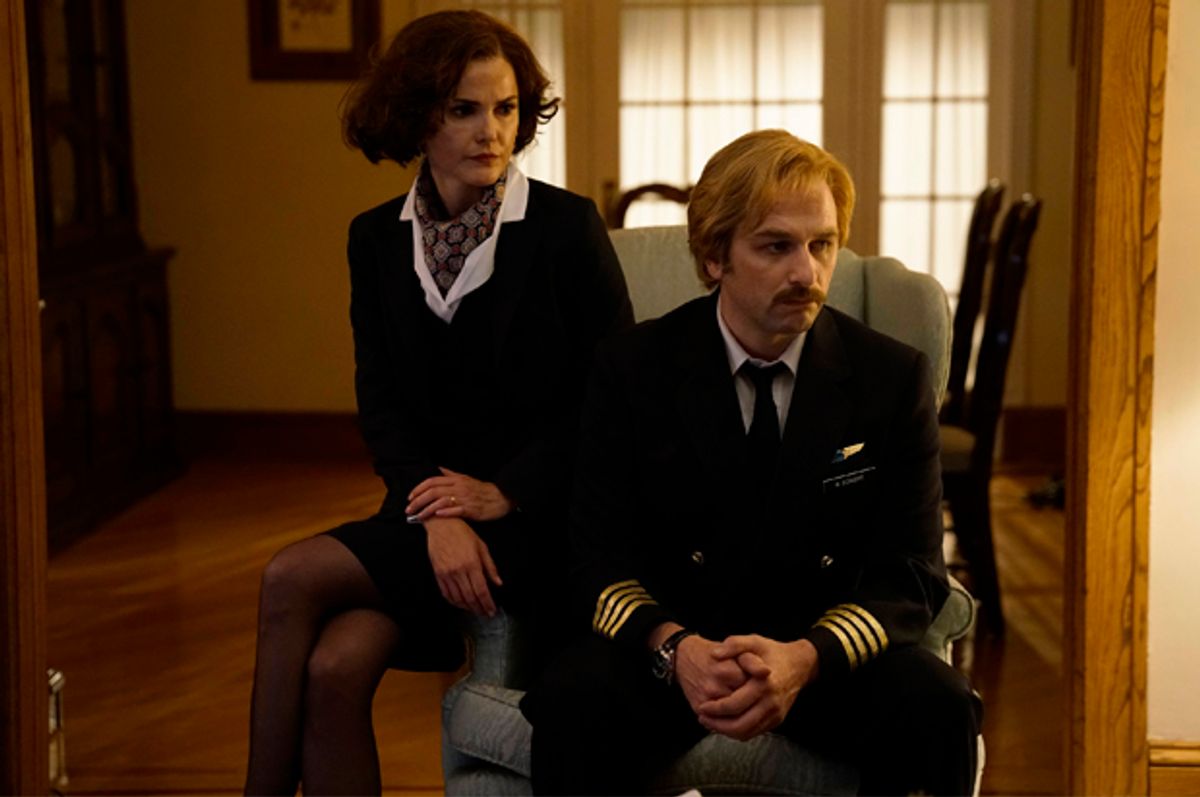 When “The Americans” first premiered on FX, a person could feel slightly removed from its era. The 1980s setting and Cold War subplot made it feel like a marvelously crafted period piece, and yet the professional, arranged marriage of KGB operatives Philip (Matthew Rhys) and Elizabeth Jennings (Keri Russell) gave the show a wild tension. In those first seasons it was often tough to know whether Elizabeth’s heart was truer to her country than her husband or if Philip would risk his life to build a real relationship with his partner-in-spying for the sake of giving their kids a future as true American citizens.

Their world has grown so much more complicated since then; weirder still is the fact that both the political and personal elements of the series are more directly relevant to national politics today than executive producers Joe Weisberg and Joel Fields could have predicted.

“We write the show and make the show very much in the bubble of the '80s. We don't look at what we know will happen. We really tell the story of these characters in that time, knowing what happened then,” Fields explained in a recent conversation. “That said, thematically, the audience may well bring to it what it will, given what is happening today. How could they not?”

Mind you, this interview was conducted in January — well before headlines broke about possible contacts between associates of then president-elect Donald Trump, including current Attorney General Jeff Sessions, and Russian government officials.

The fifth season premieres Tuesday at 10 p.m., as pressure to investigate Donald Trump’s ties to Russia or the extent of Russian interference in the U.S. election is increasing. Only recently a Russian sub was seen patrolling 30 miles off the shore of Connecticut. The world Weisberg and Fields built always felt true, but today’s developments give it a jarring relevance.

But the penultimate season of “The Americans” is much more personal than political, which is the aspect of the show its creators hope the broader audience will connect with.

“The show is not specifically about the Russians,” Fields said. “It's generally about the idea of what it's like to have an enemy and whether you can see that enemy as fully human. Maybe another human being with a different point of view, a different way of life, certainly different desires that can be threatening, but they're still a human being.

"The minute we don't see our enemies as human beings,” he continued, “we diminish our ability to react fully to the truth of what's going on.”

“The Americans” has always played with interpretations of truth and identity, the latter of which requires Rhys and Russell to wear an assortment of wigs and juggle a little black book’s worth of contacts and relationships.

The job also allows each of them to live a variety of lives and, in Philip’s case, even a separate marriage created to manipulate an informant.

By the end of season four, Philip and Elizabeth’s carefully cultivated family sanctum was greatly imperiled. Their oldest child Paige (Holly Taylor) is still wrapping her head around the fact that she’s the daughter of Soviet spies working undercover on American soil, while their son Henry (Keidrich Sellati) remains in the dark.

Paige had begun spying on her church pastor, to whom she had revealed her parents’ secret; later she asked her mother to begin training her in self-defense. But against her parents’ wishes Paige has fallen for the son of their neighbor, FBI agent Stan Beeman (Noah Emmerich). Stan thinks that their kids’ romance is a wonderful development. In the Jennings’ world, however, getting too close to anyone can be a danger. Paige’s capricious moods makes Elizabeth worry about her ability to keep their secret, which, in turn, makes Philip fret for his child. Both are concerned about their ability to protect their family and meet the demands of their handler Gabriel (Frank Langella), who is keen on Paige entering the family business.

And no one has any clue that Philip’s son, Mischa, has gotten curious about his father, and recently came into the possession of a few passports and a significant amount of money.

The mission and loyalty to their homeland drive Elizabeth and Philip, but the strength of “The Americans” is in its consideration of relationships, truth and the perilous nature of bonding. The Jennings’ ability to minimize their expressiveness enables them to be efficient agents, and this is demonstrated in a chilling scene in the premiere.

“Elizabeth and Philip have managed to make their way as a couple,” Weisberg said. “You just take the espionage out of it, and the problems they're facing, the issues they're facing, and this could just be any marriage. It just happens to be about their allegiance to the Soviet Union and that's kind of death defying for them."

Season five also expands the drama’s focus on the U.S.S.R. mainly through the perspective of storyline KGB officer Oleg Burov (Costa Ronin), who has returned home to the U.S.S.R. after working closely with Stan to find a society slumping under the weight of corruption.

“It's such an oddball, upside-down way to look at the Soviet Union and to go to Moscow, to go with Oleg to see his family,” Weisberg said. “Nobody is saying he's an average Soviet citizen. But it was just very exciting for us, even cinematically. We found out what it looked like and we managed to film it very accurately, and it's just a whole new world.”

Does taking us there also augur how and where the series will end? Season four ended with Gabriel inviting the couple to return to Russia, an idea each is weighing separately as well as together. And as the couple evaluates whether their professional dangers are looming too closely to their family’s doorstep, viewing life in Reagan-era Russia provides an interesting look at the concrete reality resulting from the ideals Elizabeth has been raised to serve.

“It's pretty clear that Elizabeth's identity has rested on her allegiance to her country,” Weisberg said. “So, this season, that fact that it's so her core and not so much his core, is going to really reach a crisis point. Way beyond what it has in previous seasons.”

Last year FX announced that the fifth and sixth seasons of “The Americans” would also be the show’s final run, and that allows Fields and Weisberg to close the story on their own terms. The sixth season has already been mapped out, and the series’ ending has been set since the show’s second season.

“The Americans” also remains one of those dramas that critics love and the average viewer ignores. Real life parallels notwithstanding, it may be optimistic to expect viewers to suddenly discover it now. But viewership has never affected the show’s direction or spurred on its producers.

“I don't have the vaguest notion that a TV show would ever have any effect on the world,” Weisberg admitted. “But I do believe that we can and do make people feels things and, in particular, feel things about their relationships and their marriages that are important.”