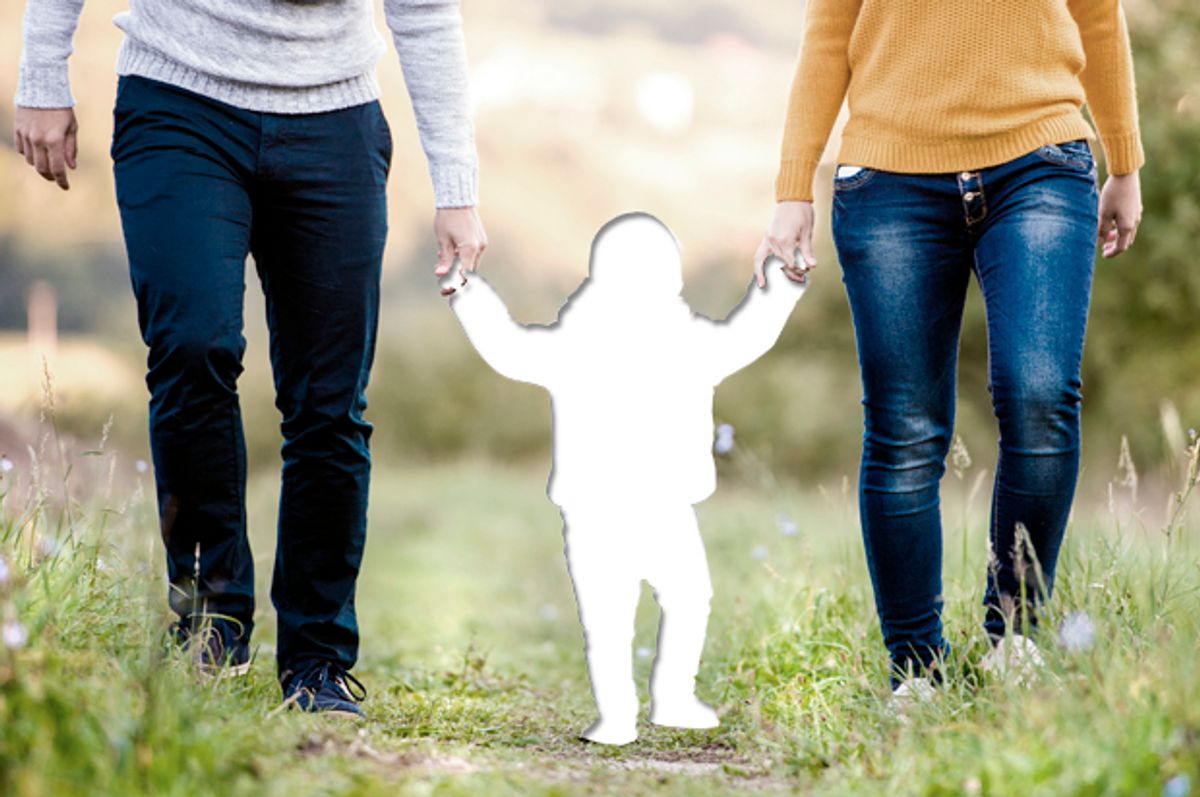 Increasing numbers of people in the United States, and in many other countries around the globe, are living child-free, either because they are delaying having children or forgoing parenthood altogether. Census data from 2015, the latest numbers available, shows that nearly half of women ages 15 to 44 don't have kids, which is the highest it's been since the Census Bureau started recording these statistics.

And while the percentage of women who make it into their 40s without having children has fallen some since a high in 2006, a Pew Research review of government data shows that 15 percent of American women in their 40s have never had a baby.

But while being childless is more common than ever, the social stigma attached to childlessness is still going strong, according to research done by Leslie Ashburn-Nardo, an associate professor of psychology at Indiana University-Purdue University Indianapolis. Ashburn-Nardo recently published a study in the journal Sex Roles that shows that the shifts in social norms have not significantly reduced negative attitudes toward the deliberately child-free.

She argued in an interview by phone that "when we encounter people who violate, in some way, these strongly prescribed roles or norms, like interest in having children, then there’s great potential for social backlash." She added, "We feel like people are morally defective in their decision or behavior, and we’re motivated to ‘punish’ them in some way, usually social sanction.”

Ashburn-Nardo was curious to see if the increasingly high rates of childlessness in our culture were reducing the amount of social judgment against the deliberately child-free. To test this, she brought in a group of 204 undergraduate psychology students, under the pretense of testing their ability to predict the future, and had them read a short vignette about a former student who had married his or her college sweetheart. Half the students read about someone who had chosen to have two children, and half read about a person who had elected to have none. They were then asked to fill out a survey to measure their attitudes about the former student.

Despite living in the 21st century — and being, as college students, mostly childless themselves — the survey takers were just as disapproving and disgusted with those who had decided against having children as similar survey takers were in the 1970s and '80s.

“Those who were voluntarily child-free elicited greater moral outrage and were also seen as being less psychologically fulfilled," Ashburn-Nardo explained. “To me, that really is indicative not just of a descriptive norm of what’s happening in the world, but more of a prescriptive, like this is an expectation that people should want to have children.”

What was particularly interesting, Ashburn-Nardo pointed out, was that survey takers predicted that this choice to be childless would make the hypothetical couple unhappy. She pointed out that other studies have repeatedly shown the opposite to be true. Research shows that child-free people are just as satisfied with their lives as parents are. In fact, childfree people tend to be happier on a day-to-day basis, and significantly more satisfied with their marriages.

Backlash theory, however, might explain what's going on here. As Ashburn-Nardo pointed out, when we feel moral outrage toward someone, as the survey takers did toward the deliberately childless, we want to see them punished. Perhaps the prediction that the childless couple would be unhappy was a kind of wishful thinking. People want to believe that those who don't have children will suffer because they believe, on some level, that the child-free should suffer.

Anti-choice activists can safely be seen as the most ardent believers in the notion that parenthood is a duty, not a choice, and therefore the most invested in the idea that those who defy social expectations by rejecting the opportunity to have a baby should suffer for their choices. Sure enough, the anti-choice movement is permeated with the myth of "abortion regret," the idea that women who choose to have abortions will suffer from depression and even suicidal thoughts afterward.

Ashburn-Nardo had expected, she said, that the childless woman would elicit more moral outrage than the childless man. That wasn't the case. Both men and women were negatively judged for choosing not to have children. Women may be expected to invest more heavily in parenthood, but people still think there's something wrong with a man who doesn't want to have kids.

These findings are particularly interesting in light of polling data, collected by Gallup, that shows that Americans increasingly rate premarital sex, birth control and abortion as morally acceptable. But Ashburn-Nardo's research suggests that while Americans might be more comfortable with separating sex from childbearing, there is still a lot of discomfort about people who refuse to become parents at all.