Sucks for us: Why Barack and Michelle Obama's $65 million book deal is the last thing we need

There's no way Barack Obama got into politics to get rich. But now he's loaded and we're mostly still digging out 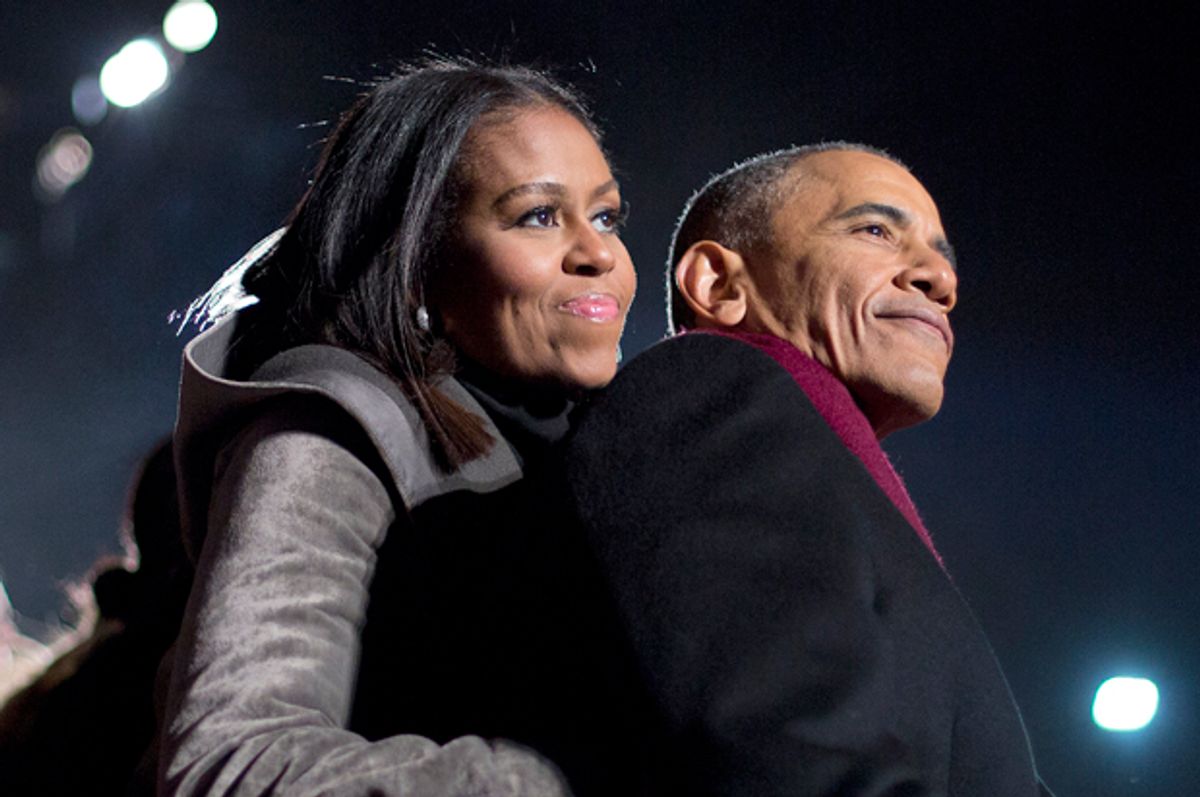 The publishing world was rocked last week by the news that Penguin Random House had reportedly paid $65 million to Barack and Michelle Obama for a pair of his and her memoirs. I love the Obamas as much as the next traumatized white liberal and good things happening to good people is usually a cause for a celebration but, in this case, not so much.

It’s not news that publishers will happily overpay for books written by celebrities. Is it because they want to have lunch with Tina Fey? All I know is, fame attracts fame, which is why a nonwriter like the comedian Amy Schumer got $9 million for her memoir.

Historically, presidential memoirs have paid even more. Bill Clinton reportedly received  $15 million for “My Life,” a book so long Jon Stewart once joked he hadn’t finished by page 12,000. But $65 million is so unprecedented, it should set off a round of soul-searching among publishers (though, of course, it will not). You might think a rising tide floats all boats for all writers but no, it doesn’t work that way. When a publisher overspends on books written by already rich celebrities, it means that much less money for real writers, the schmucks who spend years researching a topic and then another year laboring over the craft of telling an engaging story — in other words, the people who write the books you and I actually want to read.

For writers, the glaring inability to make a decent living was painfully brought home last year by award-winning author Neal Gabler’s cri de coeur in The Atlantic about being dead broke after a lifetime of writing. As Gabler noted, the advances were never enough to cover his expenses in the years it took to write a book, and the magazines he wrote for continued to pay him the exact same amount they had paid him 20 years ago for an article of the same length. Hey, Neal, I can top that: This website is paying me one-twentieth of what I used to make writing magazine articles 20 years ago. But, oh, the fame!

I don’t think Barack Obama chose politics for the big paycheck at the end of the road. He was so famously broke during his run for the Senate that his credit card was once declined at a hotel counter. But right now, the Obamas are like a cross between Gandhi and the Beatles. When he was in New York last week, grown women on my social media account were swooning. We adore him for the grace, intelligence and restraint he showed as a leader. Why squander that moral gravitas by becoming yet another gazillionaire in a world where extreme income inequality is already threatening the social order?

Congress determines the salary of the commander in chief: While in office, he (still waiting for a she) makes $400,000 a year, then $200,000 a year for the rest of his life. It’s a good salary, but not a king’s fortune for a reason. How are you supposed to understand the concerns of the citizenry if you’ve never struggled to pay a medical bill, much less wondered how to pay for your kid’s college education?

In the last election, Hillary Clinton rang all the traditional Democratic bells about helping the struggling middle class, but it was hard to reconcile her rhetoric with the speeches she gave to Goldman Sachs the year before she ran for office. Bernie Sanders was like a dog with that bone but, frankly, those fees ($675,000) are chump change compared with $65,000,000. Of course, many will argue that the Obamas will give away much of that money to charitable causes, as the Clintons did. Their tax returns show charitable giving of about 10 percent a year, significantly more than what most Americans muster but still the scent of greed lingers on.

Optics on wealth matter. When celebrities who protest global warming fly on private jets, it matters. When John Edwards was first running for president, I remember thinking, Well, maybe? Then I read that he lived in a 20,000-square-foot house and, I thought, Forget it. Only an asshole wants to live in a house that big (and look how right I was about that).

When Hillary Clinton was asked why she took all that money from Goldman Sachs, she shrugged her shoulders and said, “It’s what they offered.” It didn’t mean she had to take it.