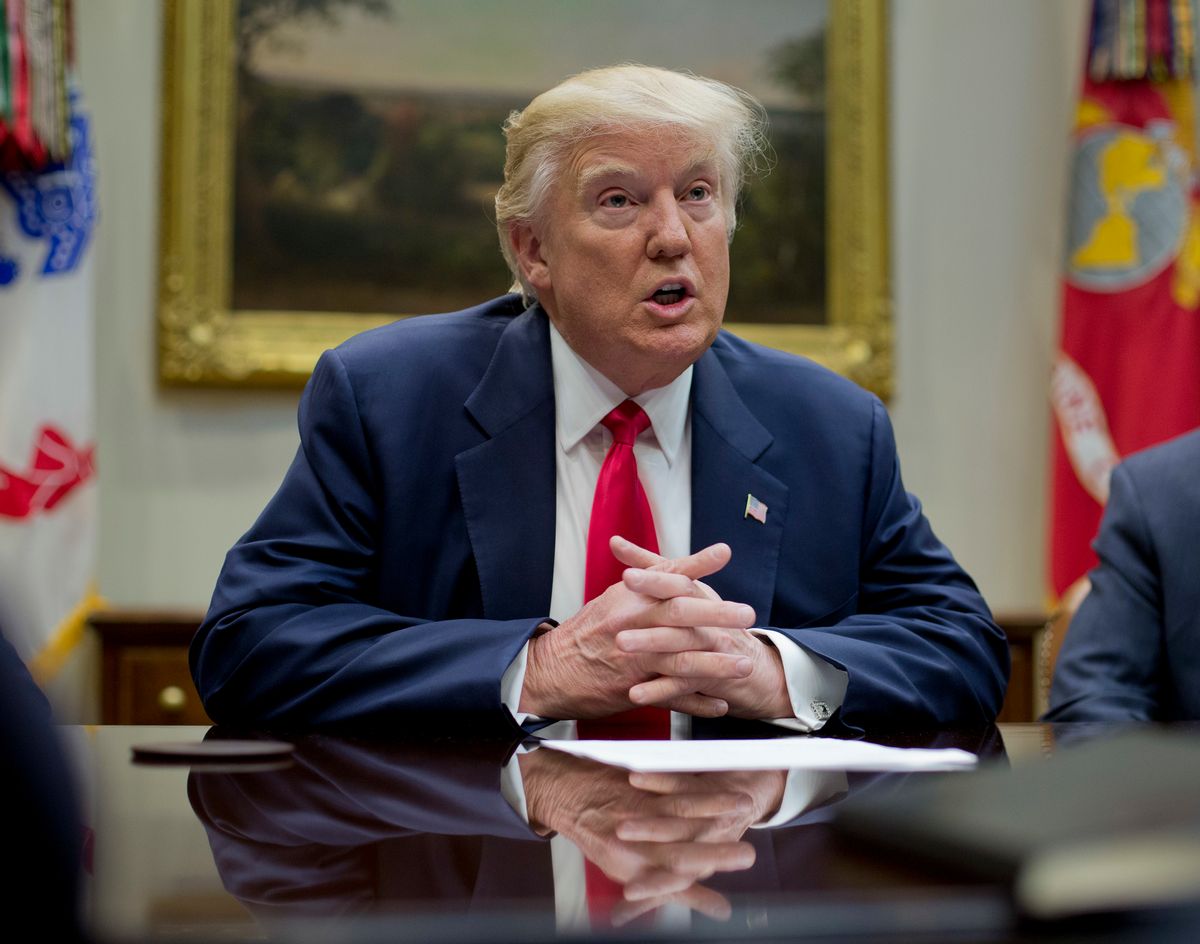 Thirty-eight days after the disastrous rollout of a travel ban related to visitors from seven majority-Muslim nations and Syrian refugees, the White House is trying it again. President Donald Trump signed a revised executive order on Monday that removes one nation from the list of majority-Muslim nations barred from entering the United States but does little to relieve concerns of religious targeting.

While the majority of the substance of the travel ban remains unchanged, the Trump administration hopes the second version of the controversial order, with a better-tailored focus and more explicit language, will be able to withstand legal scrutiny.

"The Department of Justice believes that this executive order, just as the first executive order, is a lawful and proper exercise of presidential authority," Attorney General Jeff Sessions said at a press conference announcing the new executive order on Monday.

Multiple federal judges were swift to knock down the legal justification for Trump’s January executive order as protesters around the country swamped international airports where travelers from the targeted seven countries were prohibited or delayed from entering the U.S. The original order barred citizens from seven countries from entering the U.S. for 90 days, all refugees for 120 days and indefinitely halted refugees from Syria.

According to Trump's latest order, new travel visas will not be issued for 90 days to people from Syria, Yemen, Libya, Somalia, Sudan and Iran, though the order wholly exempts immigrants who currently hold valid U.S. visas. After several Iraqi translators who aided the U.S. military were entangled in the first rollout of the travel ban, references to Iraq have been removed from the second version.

"Iraq is an important ally in the fight to defeat ISIS," Secretary of State Rex Tillerson said Monday at a press conference announcing the revised ban.

The new travel ban also suspends the Syrian refugee resettlement program for 120 days and caps the number of refugees this year at 50,000, half of what the government had originally planned to accept. In a fact sheet released on Monday, the White House claimed that 300 people who entered the country as refugees are now the subject of FBI counterterrorism investigations. The White House also cited the arrest of two Iraqi refugees in Bowling Green, Kentucky, on charges of terrorist activities to justify barring refugees. The refugees, however, were found guilty of conspiring to aid terrorist activity while in Iraq, not the U.S.

"This increases the risk that people who are admitted here may belong to terrorist groups or may have been radicalized by them," Sessions said. According to a recently leaked Department of Homeland Security report, however, most foreign-born terrorists become radicalized in the U.S.

The original executive order also made an exception for refugees who were members of “persecuted religious minorities” in their home country, with Trump specifically expressing concern for Christians. That exemption has been eliminated from the new order after a federal judge in Washington blocked Trump's entire executive order for potentially encouraging unconstitutional religious discrimination.

In addition to the travel ban, Trump's new order has called for the collection of "information regarding the number and types of acts of gender-based violence against women, including so-called 'honor killings,' in the United States by foreign nationals."

On the campaign trail, Trump called for a “total and complete shutdown of Muslims entering the United States.”

Democrats are already pushing back against Trump's revised ban. The new executive order "has done nothing to change the immoral, unconstitutional and dangerous goals of their Muslim and refugee ban," House Minority Leader Nancy Pelosi said in a statement on Monday.

Sessions, Tillerson and John Kelly, the Department of Homeland Security's director, did not take any questions after announcing the new executive order on Monday. For his part, the president also remained unusually low-key about the order, not allowing any photos of its signing except for an image tweeted by press secretary Sean Spicer:

The White House has rescinded the old order and the new order will go into effect on March 16.