Anderson Cooper has a clever strategy to avoid President Trump: Muting him on Twitter 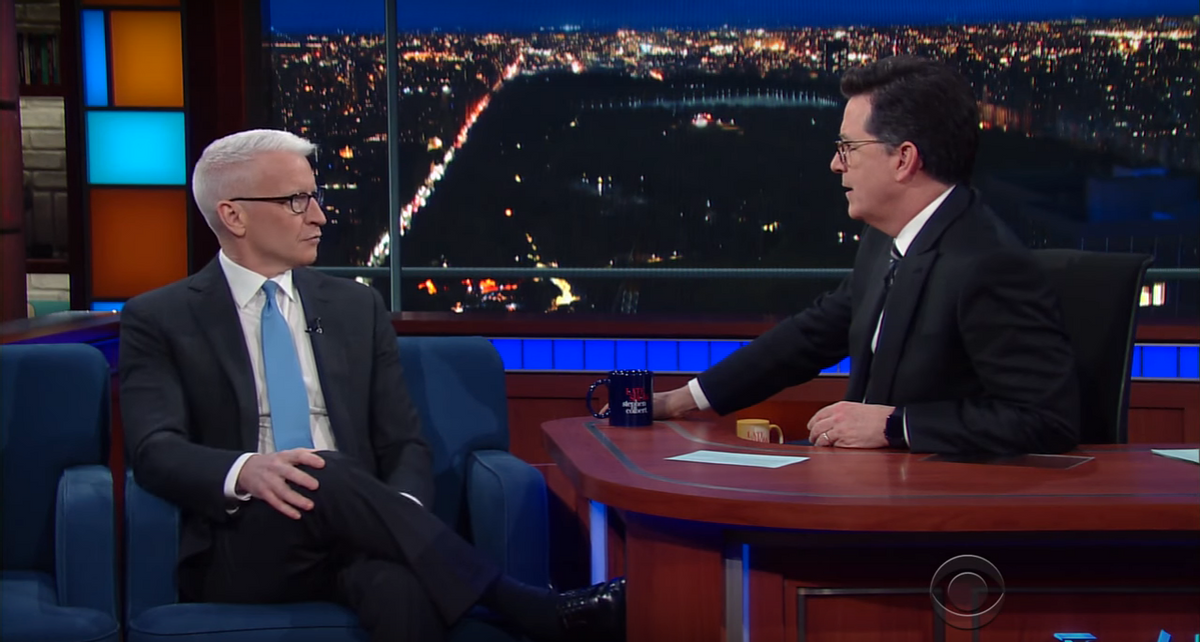 Anderson Cooper has to distance himself in some way from President Donald Trump on social media. "I just don't want to have that drama in my life," he said Monday night on "The Late Show with Stephen Colbert." The CNN anchor said he was in Arizona over the weekend filming for "60 Minutes" and had his phone turned off, so he missed out on Trump's recent Twitter outburst, in which he accused the former president of surveilling him.

Cooper revealed that he never sees Trump's tweets on the social media platform.

"I have actually muted the president on Twitter," he said. "When you get annoying people tweeting you, you don't want to delete because then that tells them you've deleted them. So if you just mute them, they think you are still following them, but you don't actually see their tweets."

Stephen Colbert pointed out the absurdity in a newsman like Cooper having to mute the president because of his outlandish, obnoxious statements. "You wouldn't have muted Ike," Colbert said.

Regardless, Cooper did say that Trump's Twitter presence is valuable: "This is like a real-time seismograph in the inner workings of the president's head, and it's fascinating," he said. "He's an emotional seismograph. He's like a live wire of emotion."

Colbert switched the topic to Cooper's employer, CNN, deemed as "fake news" by the president. Colbert said it was somewhat peculiar that Trump singled out CNN from all the networks. "You were like the manilla folder of news," he said.

Cooper said that this hostile treatment was not necessarily new. He recalled not having "a great relationship" with the Obama White House. "I didn't really have any relationship," he said.

"I also don't want to have a relationship with these people," Cooper continued. "I interviewed Kellyanne Conway a couple weeks ago, probably, maybe my last interview with her ever. I don't know. I am not saying anything bad about her. I just haven't interviewed her since. At one point of the interview she said, 'We might have to rethink our relationship.'"

Added Cooper: "I don't want to have a relationship with you."