"Choose one": Jason Chaffetz says that Americans will have to choose between a phone and health insurance

Chaffetz's math doesn't really add up; yet his health insurance is paid for by taxpayers 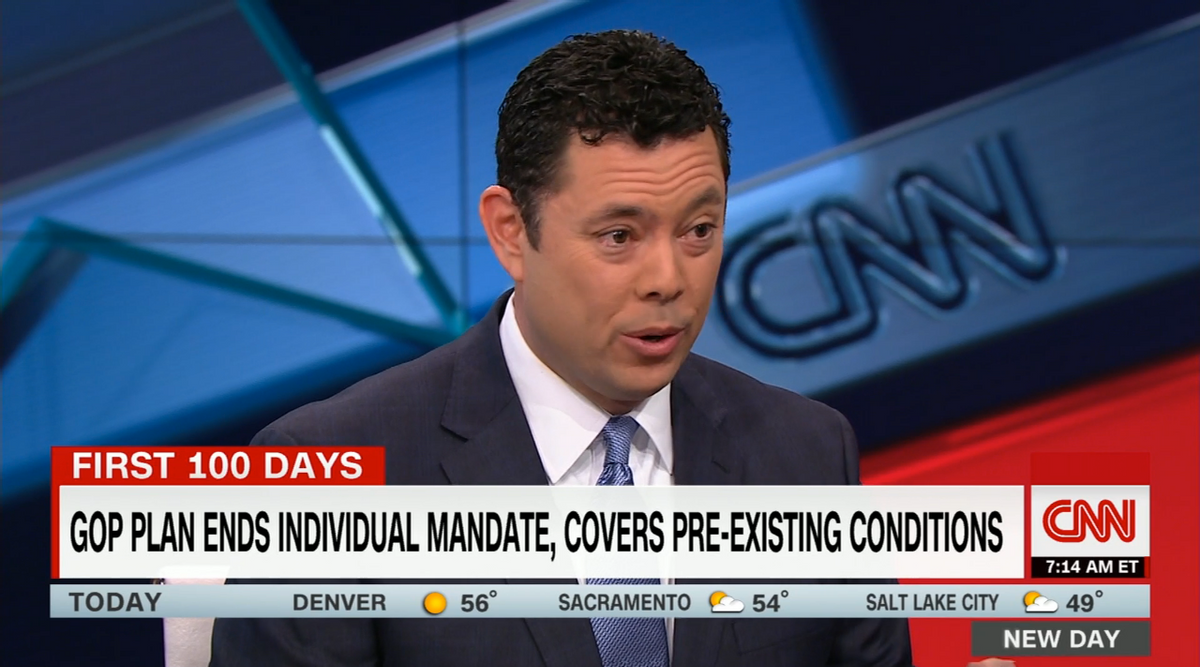 GOP Rep. Jason Chaffetz says that the American people will have to choose between a new iPhone or health care when trying to afford insurance under the new GOP bill that would replace Obamacare. In an interview on CNN's "New Day" on Tuesday morning, the congressman from Utah suggested that poor people cannot afford health care because they spend money on nonessentials.

GOP Rep. Chaffetz: Americans may need to choose between "new iphone . . . they just love" and investing in health care https://t.co/5Hxwn2uOl5

The evidence does not seem to support this. The cost of a new iPhone, with no contract, is $670. The median health care cost per capita is $10,345.

In Chaffetz's defense, he had a hard task of standing up for the new Republican health care plan. The proposal has few proponents thus far, as politicians on the left and the right have criticized the plan, which offers few details about how much it will cost taxpayers.

Members of the media were dumbfounded when they heard Chaffetz try to explain how American families can afford health care.

Here, @jasoninthehouse feeds the myth that poor folks spend money on foolish things rather than on what they need. https://t.co/eSeFnm8mMJ

Yes! Finally someone said it! Why do Americans keep insisting on having cell phones *and* health insurance?! https://t.co/yuyE016XGm

you, a poor: "my children need medicine, please help"

me, a jason chaffetz: "have you thought about buying a flip phone instead?"

Even if this were true: an iPhone - basically a fully functioning computer in addition to phone - isn't bad use of money if you're poor https://t.co/KOG3ZcTWNU