Florida bound again: Trump goes to Mar-a-Lago for fourth weekend in a row 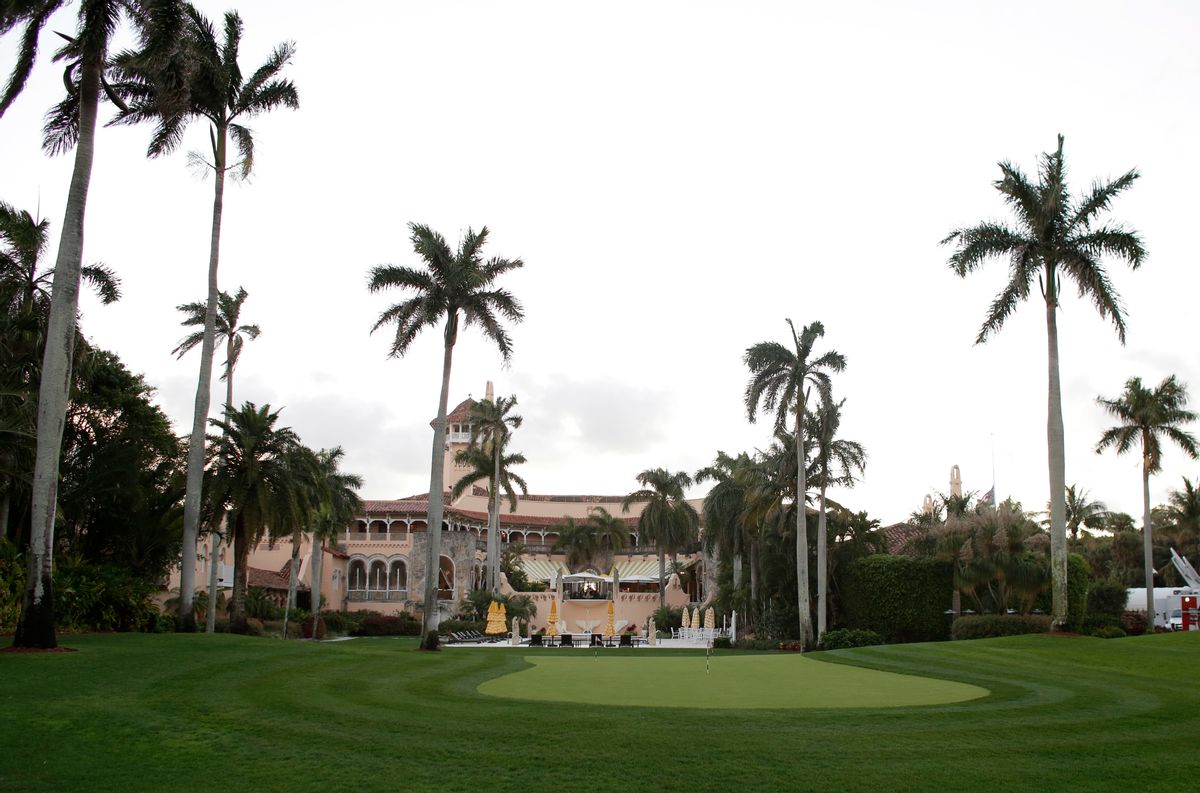 President Donald Trump's tenure has felt much longer than the mere month and a half that he's been in office. Between his travel ban, his new travel ban, his tweet storms, his executive orders, allegations over his Russia connections and his administration's entrenchment in controversy, it's been a whirlwind six weeks for the commander-in-chief. But there's been one constant in the president's life: Mar-a-Largo, Trump's Florida golf club and estate. Last weekend, Trump made his fourth consecutive visit to his administration calls the "Southern White House."

Trump's visits to the Sunshine State have included golf outings and 2020 campaign rallies, a Super Bowl watching party, and strategy sessions with foreign leaders conducted in the open. In total, he's spent 242 hours under the sun, according to the Palm Beach Post — that's nearly 23 percent of his entire time in office so far.

Vacations was a subject that Trump was happy to hammer "habitual vacationer," former President Barack Obama, on before Trump was sworn in.

Why is @BarackObama always campaigning or on vacation?

Taxpayers are footing the bill for Trump's trips to Mar-a-Lago, and the successive weekend visits are adding up. Last month, Politico estimated that each trip to Trump's for-profit estate cost taxpayers $3 million, meaning the president's trips aboard Air Force One — the Trump shuttle — are costing people more and more.

If he keeps up this pace, the cost for Trump's trips will surpass Obama's entire two-term travel bill by the end of the year.