Paul Ryan finally unveils the GOP's Obamacare "replacement," and pretty much everyone agrees it's terrible 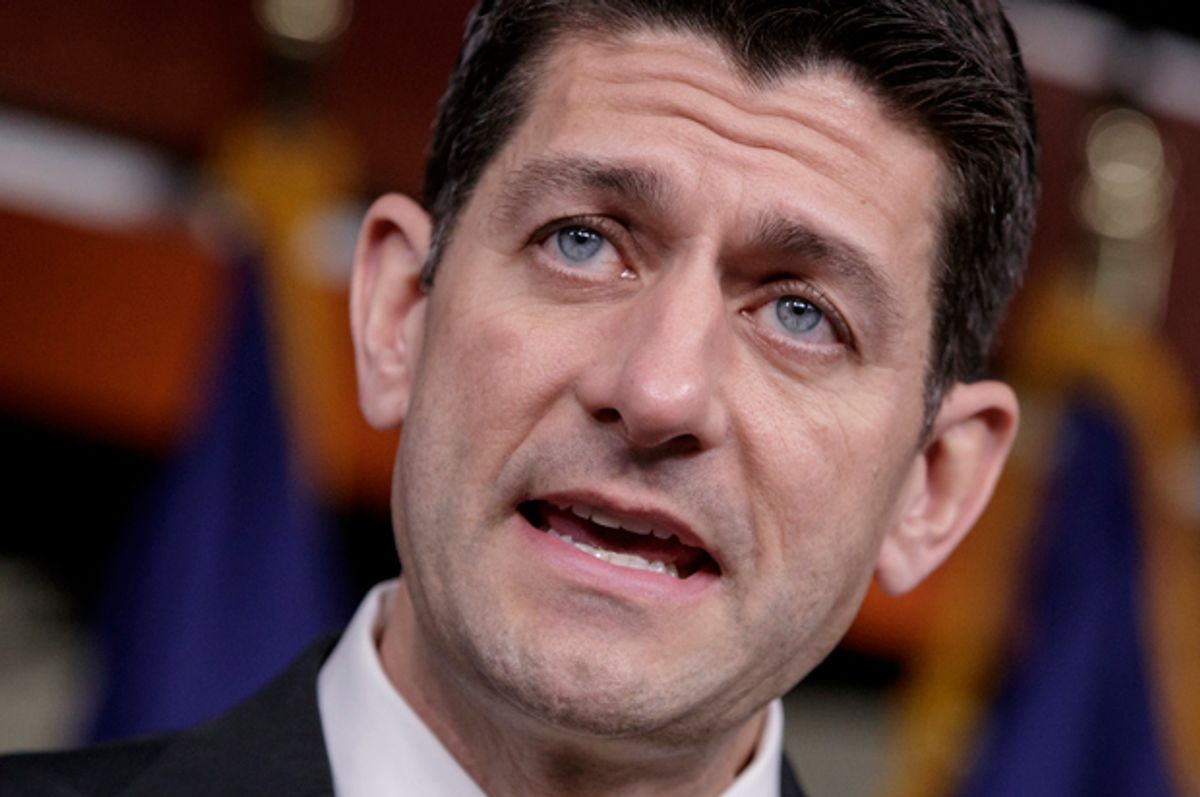 After more than half a decade of breaking promise after promise to produce some sort of legislation to “replace” the Affordable Care Act, congressional Republicans have finally unveiled an actual health care bill. And boy oh boy, is it terrible.

In essence, House Speaker Paul Ryan (with the blessing of President Donald Trump) has served up legislation that sort of replicates Obamacare but is substantially worse in every way that matters: It will result in fewer people being covered, dole out less generous subsidies and screw over a lot of sick and low-income people. On top of that, it cuts taxes for the rich and doles out goodies to health insurance companies. The bill, known as the American Health Care Act, offers up a special combination of unjustifiable policy and horrendous politics.

Let’s start with the policy. The GOP bill rips out large chunks of the Affordable Care Act, including the individual mandate (more on that in a bit) and the income-based subsidies but leaves in place the ACA’s protections for people with pre-existing conditions. The income-based subsidies will be replaced with age-based tax credits — under the proposed law, a 30-year-old person who makes $75,000 a year would receive the same tax credit as a 30-year-old making half as much. The amount of assistance jumps up incrementally as someone ages — to a maximum benefit of $4,000 a year for people older than 60.

The Kaiser Family Foundation has shown that reconfiguring tax credits along these lines will likely result in smaller subsidies for low-income people and the elderly — the groups that generally need the most help in paying for health insurance. As Vox’s Sarah Kliff wrote, the bill also lets insurance companies “charge the oldest Americans five times as much as the youngest Americans,” which further diminishes the value of the tax credit.

To say that the bill “eliminates” the Obamacare individual mandate isn’t completely accurate: It creates a different sort of mandate. The Affordable Care Act requires you to purchase insurance or pay a fine to the IRS. The fine is calculated based on how many people are in your household, and the maximum penalty this year is $2,085. Under the American Health Care Act, you would not be required to purchase insurance. If you go without insurance coverage for more than a couple of months, however, and then try to sign up for a plan, your insurer would charge you a 30 percent penalty on top of your monthly premium for an entire year.

Republicans can say this is not technically a “mandate” because there is no language in the bill that specifically directs anyone to purchase insurance coverage. But the effect of the legislation is still “buy insurance or pay a penalty,” the difference being that the fine would be sent to your health insurer instead of the government. Under the GOP bill, you could always opt to go without insurance altogether, but that’s a workable option only if you’re extremely wealthy or immortal.

The Affordable Care Act’s expansion of Medicaid, which accounted for a large portion of the ACA’s coverage gains, also falls under the GOP’s health care hatchet. States will be prohibited from enrolling new people into expanded Medicaid coverage starting in 2020, and the Medicaid funding structure will be changed to a per-capita system that will likely result in massive spending cuts for the program.

While the GOP health bill gives low-income, sick and elderly people less money to purchase less useful health care plans, the lucky-ducky rich have their taxes cut. Obamacare’s taxes on investment income will be repealed under the American Health Care Act, and wealthy individuals will disproportionately benefit from the bill’s tax incentives for investing in health savings accounts. The legislation even contains a tax break for health insurance executives who make more than $500,000 annually.

The politics associated with this legislation are brutal for the GOP. President Trump made big promises about a health care law that covers more people than the Affordable Care Act for less money, and the American Health Care Act comes nowhere close to achieving that goal.

Congressional Republicans are stuck with having to explain why the future of health care involves slashing coverage and benefits, while redirecting money to rich people and insurance companies. Rep. Jason Chaffetz, R-Utah, helpfully illustrated this difficulty during a CNN appearance on Tuesday morning by saying about low-income people that “rather than getting that new iPhone that they just love and want to go spend hundreds of dollars on that, maybe they should invest in their own health care.”

The GOP is still riven by internal discord on this issue: Hard-line right-wingers in Congress and conservative activist groups hate this bill because they think it swaps one entitlement program for another, while several "moderate" Republicans in the Senate are balking at the legislation’s attack on Medicaid benefits. If it seems at first glance as though pretty much everyone outside the White House and the Republican House leadership despises the American Health Care Act, that’s because it’s true.