King of the charts: Future comes, conquers, then does it again 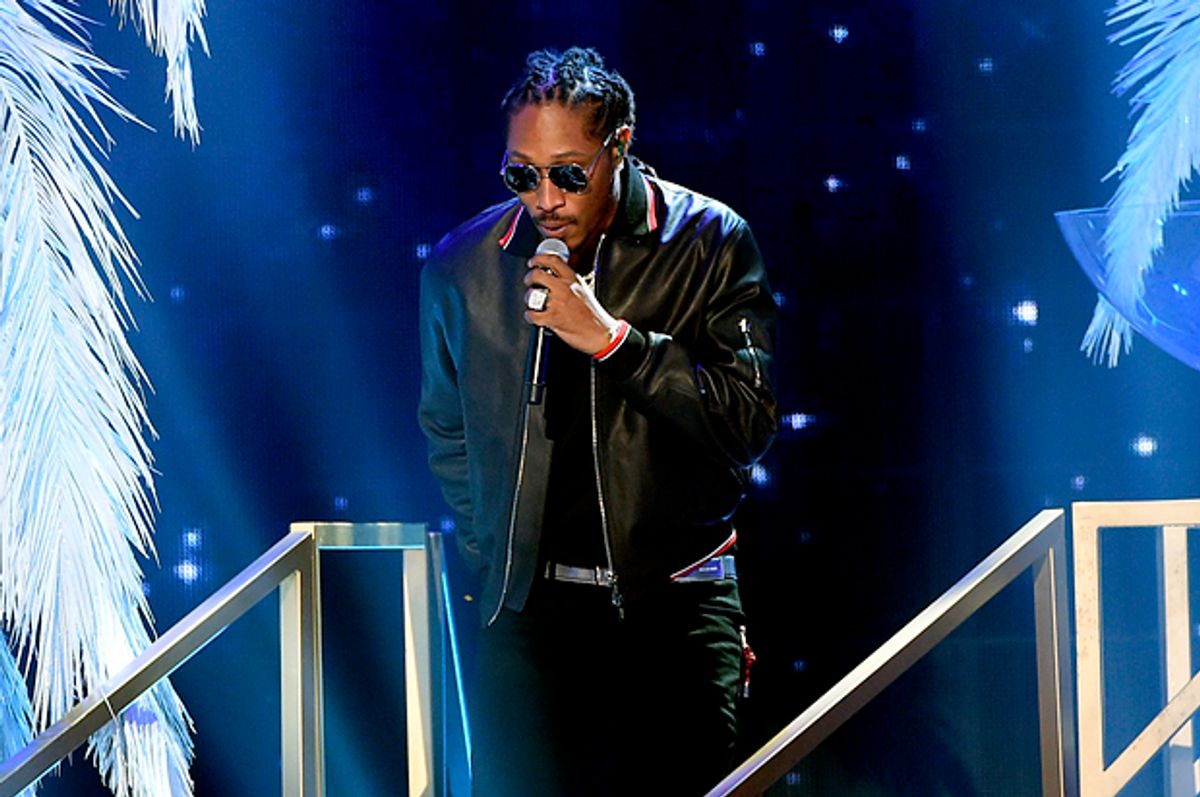 Earlier this week, the rapper Future did something no musician in the modern era has done. He became the first musical act in the 61-year history of the Billboard 200 chart to have two albums debut at No. 1 in successive weeks. His sixth studio album “HNDRXX,” released on Feb. 24, leapfrogged his fifth studio album, “Future,” which was released on Feb. 17. Future also joined a group of only six artists who have replaced themselves in the No. 1 spot on the Billboard 200 chart; and he is one of only 10 artists to hold the top two spots on the chart simultaneously.

In part, the feat is due to savvy strategizing. The current music ecosystem rewards releases that are as artfully executed as the albums themselves. Last year Beyoncé released “Lemonade” as an HBO video special, Kanye West continued to tweak “Life of Pablo” after its release, and Frank Ocean released two albums in the span of two days.

It would appear that are few novel release tactics left. But Future found a new, fruitful path, and one with a powerful message — that the only artist bigger than Future is Future.

The strategy came with risk. It required that Future sit on music he had recorded long ago. "I just reflected on it and was thinking about doing this since the end of last summer,” Future told Billboard. "With the timing of the music, I didn't know because it was so much music coming out. I wouldn't know the space and timing that I would have for the music."

But the timing wound up being fortuitous. Trap music, and Atlanta culture generally, is enjoying its cultural apotheosis. Last year saw the debut of a television show named after the city and set in the fringe of its hip-hop culture. And the rap group Migos scored a No. 1 album earlier this year, with “Culture.” Each of Future's two albums has a distinct tempo and tone. “The Future side just represents me as my past and everything that I’ve been through,” Future told Billboard. “It’s a reflection of the club side and more up-tempo. The ["HNDRXX"] side is just more me personally — everything I done been through personally to where I’m at right now in life.” But both albums manage to sound current. As Future can testify, that's a better recipe for hits than music that sounds cutting-edge.

Taking the No. 1 spot on the Billboard 200 with back-to-back debuts amounts to a winning streak but not necessarily a championship. The feat will mean more if “Future” and “HNDRXX” sustain long runs atop the charts or if one is nominated for a Grammy — or both. Future has never been nominated for a solo Grammy. But he said with these two albums he hopes that changes.

Given the Grammy’s continued conservatism and apathy towards hip-hop, that seems unlikely. But making history in this way shines a light on the gulf between the music industry and listeners. Future is both critically adored and, for the moment, the most popular artist in America. That’s hard to ignore, even if you can’t understand a word he’s saying.