There are "file cabinets full of booze," one lawmaker says, and every day there's a new reason to drink 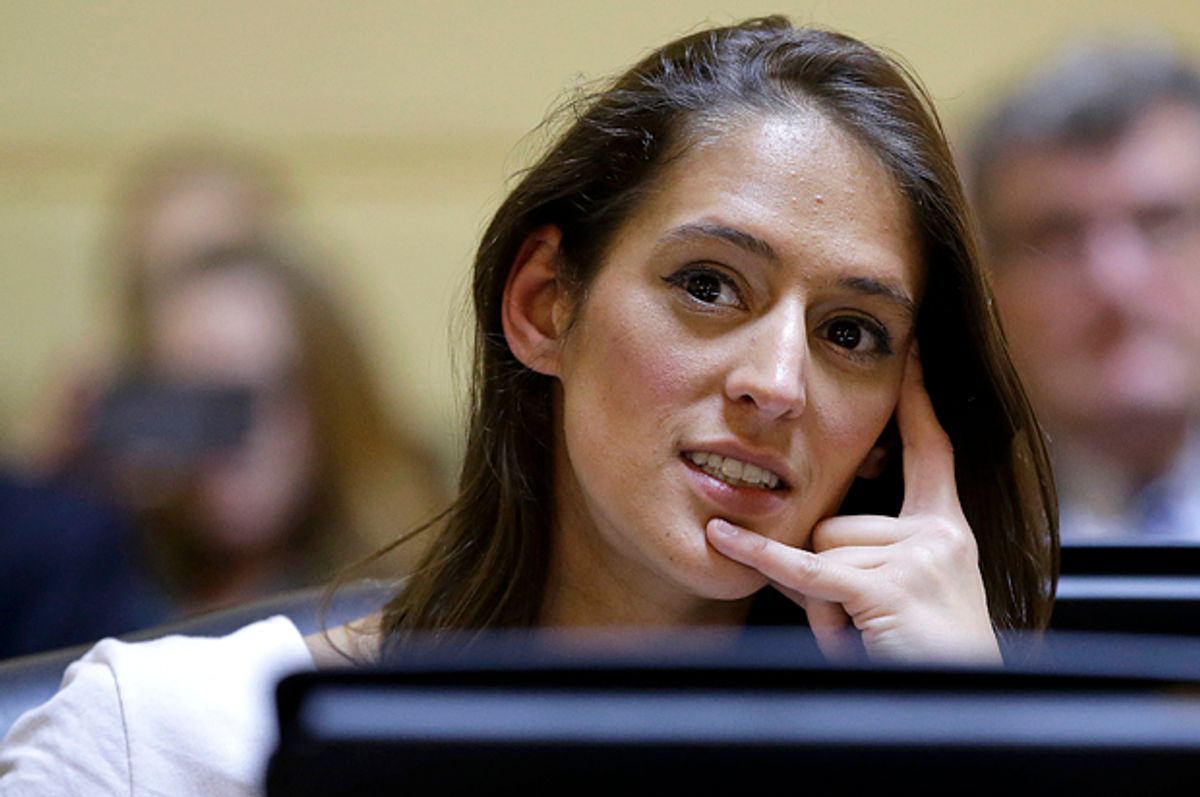 Apparently the Rhode Island State House is the place to get your party on.

First-year state Rep. Moira Walsh, a Democrat, told a local talk radio station on Tuesday that she was surprised by liquored-up legislators, who seem to be deliberating an awful lot on their next drink. Walsh even said that there were "file cabinets full of booze."

“It is the drinking that blows my mind,” Walsh told WPRO. “You cannot operate a motor vehicle when you’ve had two beers, but you can make laws that affect people’s lives forever when you’re half in the bag? That’s outrageous.”

Walsh later backtracked on her statement, saying she had only been referring to cocktail parties and fundraisers.

"We have fundraisers every single night, and it is no wonder regular people don't run for office, because what family could sustain that lifestyle of being out for four to five nights a week drinking," Walsh told the Providence Journal. "I didn't graduate from college that long ago, but I don't know how anyone's liver can handle four nights a week of fundraisers. My liver just can't."

Walsh, who took office in January after ousting a longtime incumbent in last year’s Democratic primary, is known for being blunt, the Associated Press noted. (She was fired from her job as a waitress in January after her employer said her liberal political views hurt the restaurant’s reputation.)

Legislators reacted to all this by denying there was drinking. House Majority Leader Joseph Shekarchi, a Democrat, said he had never seen anyone intoxicated on the floor and hasn't seen anyone vote while drunk.

But it’s not uncommon for Rhode Island legislators to have toasts of alcohol during celebratory occasions. One of the biggest is next week ahead of St. Patrick’s Day. Nor are Rhode Island lawmakers alone in drinking on the job, though some other states have sought to curb the practice.

Walsh said that she noticed celebratory shots honoring the Dominican Republic's Independence Day. She may not be invited to the festivities next year.

"I’m going to be the person who ruined drinking at the State House," Walsh joked. "They’ll love me forever.”