Good luck, women! Under the GOP health care bill, it'll be tougher to have a baby — and tougher not to 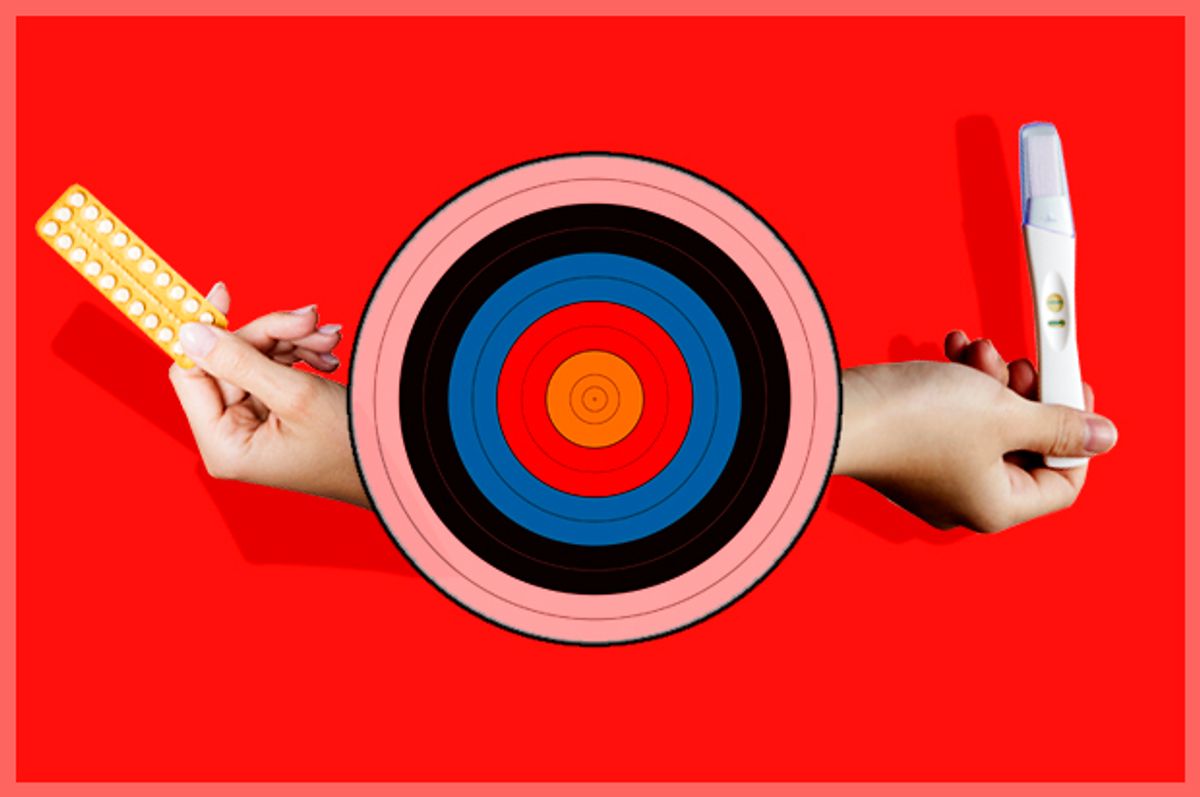 Policy wonks and journalists are still reeling from the release of the much-ballyhooed Republican replacement for the Affordable Care Act blandly named the American Health Care Act. But it really should have been titled the Take Away Your Doctor to Fund Billionaire Tax Cuts Act. (Though Sen. Chuck Schumer's nickname, "Trumpcare," probably sends the same message.)

The bill is an artillery barrage of health care destruction, but at the top of the list of likely victims are women of reproductive age. After all, these are Republicans we're talking about. If they can't put a misogynist spin on their work, what's the point of coming into the office at all?

The bill's approach to women's health care feels like it was concocted by the villain in a "Saw" movie: It literally puts women, especially low-income women, in an impossible bind. On one hand, there are multiple provisions designed to force women to become pregnant and stay pregnant, whether they like it or not. On the other hand, the bill also undermines maternity coverage and will almost certainly raise the out-of-pocket costs of childbirth far beyond what millions of women can afford. It's a true "damned if you do, damned if you don't" situation.

To understand what's at stake, it's important to know that the ACA has done a tremendous amount, in a short period of time, to improve women's reproductive health outcomes.

“The number of women of reproductive age who were uninsured dropped by a third between 2013 and 2015," Adam Sonfield, a senior policy manager of the Guttmacher Institute, explained by phone.

"We have a lower unintended pregnancy rate than we’ve had for decades," said Dr. Anne Davis, consulting medical director for Physicians for Reproductive Health, in another phone interview. "Our abortion rate is the lowest it’s been for decades, and [we've also seen] lower pregnancy rates for teenagers. Across the board, all positive changes."

The Republican bill is designed to reverse these gains in many ways, but perhaps the most alarming part is the attack on Medicaid. There are more than 19 million women on Medicaid, and 70 percent of them are of reproductive age. Not only does Trumpcare roll back the expansion of Medicaid under the ACA; it's designed to decimate the entire program, leaving only a ghost of what existed before the ACA was passed. Stripping millions of women of Medicaid coverage will severely undermine pregnancy prevention and maternity care in this country.

“Three-quarters of all public dollars for family planning come from Medicaid," Sonfield said. "Half of all births in this country are covered by Medicaid, including two-thirds of all unplanned births. So you start making major changes to Medicaid, the way they’re planning to do, and the implications for reproductive health are extreme.”

Even for the women who manage to stay on Medicaid, preventing pregnancy will become significantly harder. For a year at least, the Republican bill bars these women from going to Planned Parenthood. This matters, because Planned Parenthood provides millions of women with preventive care, especially contraception.

Republicans have tried to hand wave this problem away, repeatedly claiming that women can simply go somewhere else for contraception. In the real world, it's not so simple.

“It is not the case that there’s this parallel universe, this system that’s set up for poor women that’s already out there, across the street from Planned Parenthood," Davis said.

When it comes to contraception access, women on private insurance aren't in danger — at least not yet. The Republican bill is a budget reconciliation bill so, as Sonfield explained, it can't be used to repeal the parts of the ACA that force insurance companies to cover preventive care like contraception without a co-payment. (Health and Human Services Secretary Tom Price could, down the road, use his agency's power to strip away that benefit.)

That said, women who buy health insurance on the private market could struggle to find adequate maternity coverage if they do become pregnant. The Republican bill does away with the bronze, silver and gold ratings system under the ACA (that makes it easy for consumers to figure out the level of coverage they're getting) and lets insurance companies push more consumers into plans that offer less coverage.

Contraception access will decrease and childbearing costs will almost certainly increase, which means that the need for abortion isn't going away soon and could quite likely rise. Unfortunately if unsurprisingly, this Republican bill attacks abortion access as well. Trumpcare bans abortion coverage through any insurance plan offered to people receiving tax credits or subsidies. This includes plans offered through the Consolidated Omnibus Budget Reconciliation Act (or COBRA) well as plans bought on the individual market. While employers still technically have the right to offer plans that provide abortion, Sonfield believes there are enough market incentives put into this bill that it's likely that insurance coverage of abortion will become drastically harder to get and in many cases impossible to obtain.

An abortion at a clinic costs a few hundred dollars, in most cases. But as Davis pointed out, the price can soar into the thousands if a patient is forced to terminate due to pregnancy complications that require a hospital abortion. Without insurance coverage, pregnancies gone wrong, she said, could wipe out the savings of even middle-class families. If Republicans are successful in forcing Planned Parenthood to shut down clinics, she noted, that will also make affordable abortion harder to get, since Planned Parenthood clinics perform about one-third of the abortions done in this country.

Even prior to the release of this bill, Davis said, her patients were worried about what the election of Donald Trump would mean for their health care access.

Davis said she felt as if she "should send the administration a bill for all the extra time" she has spent dealing with patient anxiety about "coverage for birth control, coverage for abortion, coverage for prenatal care — coverage period."

Unfortunately, this bill will do nothing to relieve those anxieties. Instead, it seems that Republicans are determined to turn women's worst fears into reality.