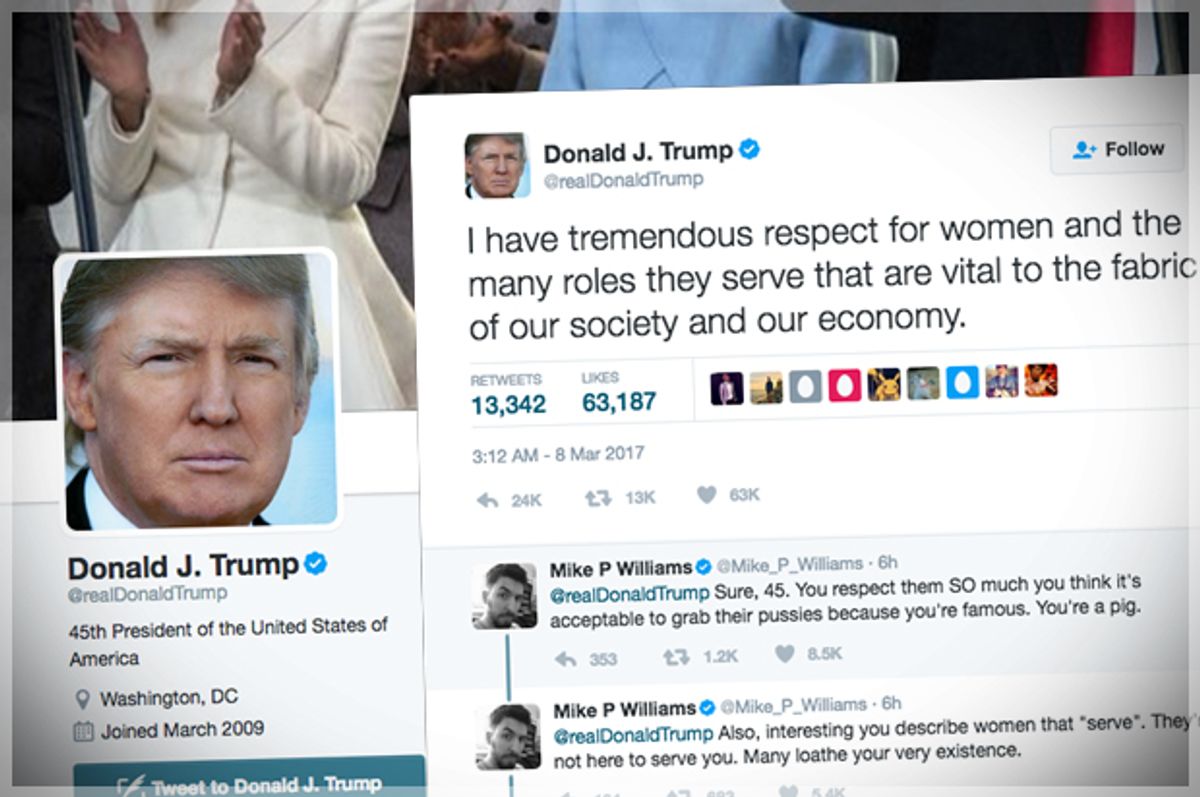 Wednesday is International Women's Day, meaning that it's time to pledge support, love and respect for women, who make the American economy move.

President Donald Trump is also chiming in because, of course, there's nobody that has more respect for women than he does. Trump took to Twitter naturally to express his support, in a tweet that does not sound like Trump's voice whatsoever.

Trump's tweets have been met by people wondering if Trump really does have "tremendous respect for women."

Because Trump has such a long and storied history on the social site, his previous opinions about women in the workforce were pretty easy to bring up.

Matt Haig was referring to this 2013 tweet by Trump:

Outside the social media world, reactions aren't much better.

Sen. Elizabeth Warren, D-Mass., trashed the president on MSNBC on Wednesday. "Talk is cheap, put your money where your mouth is," she said. "Give us some of the rules and regulations that will be helpful to this economy, helpful to women, helpful to our families, helpful to our communities."

On this International Women's Day there seems to be at least one silver lining to Trump's high political profile. As CNN and NPR have reported, more women are running for office than ever before and becoming more and more involved in fighting for their rights — and that's partly because of Donald Trump's win.