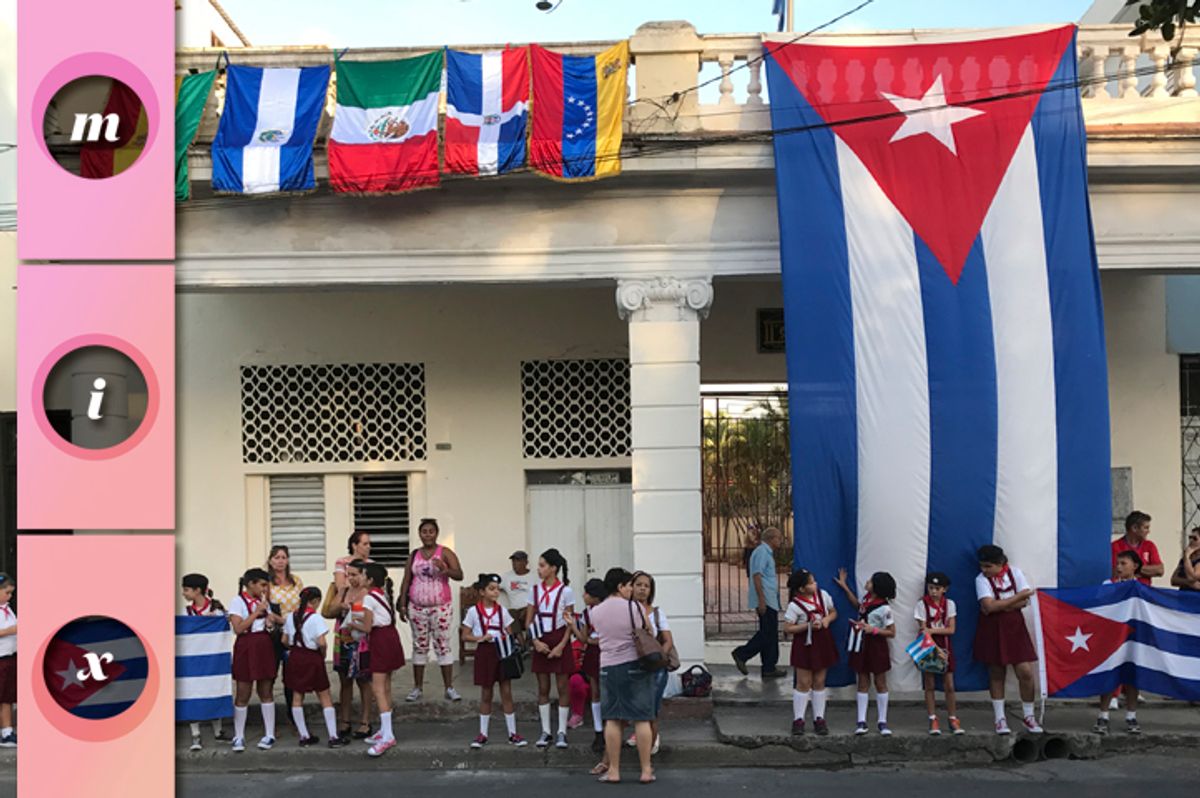 When I traveled to Cuba this past January, one month after the death of Cuban President Fidel Castro, I wasn’t sure what I’d find. I’ve been around the world, but Cuba is something altogether different. There’s a humanity and humility found only in places unmarred by mass American tourism . . . so far.  There’s also amazement at the ingenuity of people like Edgar, a taxi driver, who in the face of Communist rule and extreme poverty, has band-aided the same American Chevy for three generations, creating a legacy through his car that dates back to the 1950s — the last time the U.S. shipped vehicles to Cuba.

Tourism rates have spiked 34 percent in the past year, with 614,000 Americans visiting Cuba in 2016. According to a 2017 Travel Leaders group survey, most people say they want to visit Cuba before it changes dramatically.  For years, I had been one of those people. My late mother, a teacher, was able to visit nearly 20 years ago with an education group, and as I booked my ticket last November, I fingered an artisan-made stained glass flower she brought back for me, which I had kept safe.  Mom returned talking about the vibrancy and warmth of the people, but also the challenges of inter-country travel, food and accommodations.

And in the 20 ensuing years, I found, not much had changed, in spite of the tourism boom. You still need to bring your own toilet paper and soap, as most restaurants and public bathrooms don't have any, be sure to carry wads of cash (changed from U.S. dollars to Euros, or be prepared to busk in the streets to get cab fare to the airport), try to use your high school Spanish, and for the love of God, don't drink the water. Don't brush your teeth with the water. Don't even have drinks with ice cubed-water.

In just five short (but very long) days, I traveled with a friend from the capital city of Havana to its Miramar outskirts (the equivalent of the farthest reaches of Brooklyn when traveling from New York City). Then, several hours from Miramar to the Viñales Valley, a lush region known for its eco-tourism parks, indigenous caves and tobacco farms. Then we caught a midnight cab — not a train or bus, because there wasn't one — to Trinidad, a quaint colonial city seven hours from Viñales, arriving choked by diesel fumes from the vintage car I rode in, at 4:30 am.

A few days later, after visiting and spending a night in a family's home in tranquil Playa Ancon, a nearby beach town, I made it back to Havana in time for my return flight. I spent my last night in Havana alone, wandering the dark and crumbling streets near the Capitol until the wee hours. I slept in a different bed every night, and I would do it again.

Even experts can’t say what will happen with exploding American tourism, but for now, you can still learn how to make “moro” — or black beans and rice — at a 24 hour Havana café, at midnight, from your driver. Still, one worries that the generosity and kindness of the Cuban people may soon be overshadowed by more tourist dollars than they can handle, changing relationships, expectations, and the landscape forever. The cruise ships, coming soon, are slated to bring in 3,000 people a day.

For now, however, you can still find Cuba much unchanged from 50 years ago, with lovely squares, sprawling beaches and crumbling façades, and you should. Just remember to bring a ton of cash, your best attempt at Spanish, your own toilet paper, and an open mind.