The day before Pruitt denied carbon dioxide caused global warming, an administrator resigns out of principle 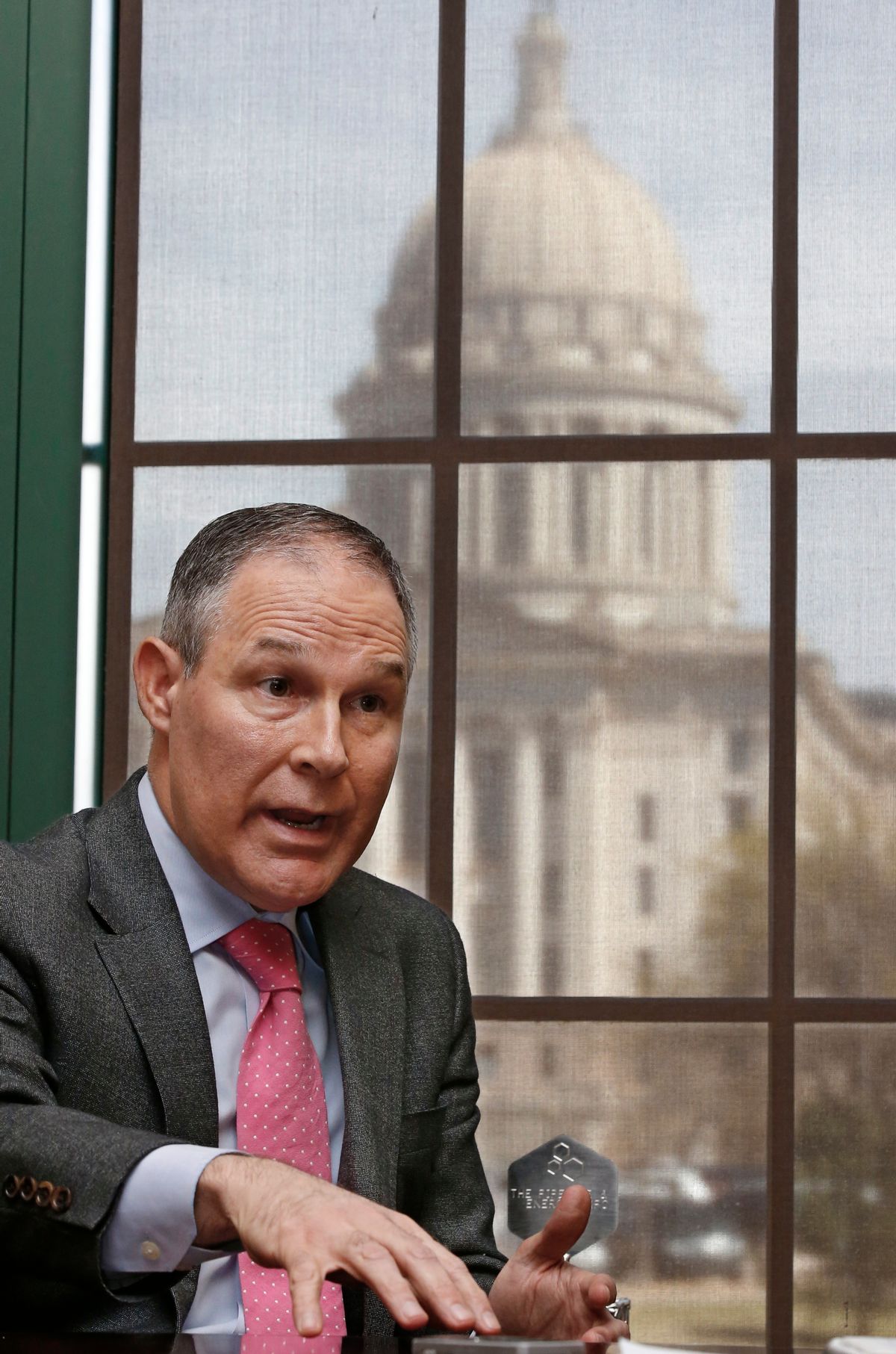 Scott Pruitt, the new chief of the U.S. Environmental Protection Agency, has denied that carbon dioxide was a primary contributor to global warming, refuting the EPA's own website that warns about the harmful effects of greenhouse gases.

President Donald Trump's controversial pick to run the agency has been known to be a climate-change skeptic, but his statement on  a Thursday CNBC interview confirmed the drastic reshaping of U.S. environmental policy that Pruitt's tenure at the EPA will represent.

Asked if he believes that members of the scientific community have proved that carbon dioxide was the "primary control knob for climate," Pruitt asserted that the jury is still out: "No, I think that measuring with precision human activity on the climate is the something very challenging to do. There is tremendous disagreement about degree of impact," he said. "So no, I would not agree that is a primary contributor to the global warming that we see."

"But we don't know that," he continued. "We need to continue debate and continue to review the analysis."

On Wednesday, an environmental justice leader for the agency (who has worked there for two decades) resigned in protest of Pruitt's intentions to work toward dismantling the EPA's ecological agenda. Mustafa Ali, an assistant associate administrator for environmental justice, encouraged Pruitt to make the most out of his stint at the agency, to ensure protection of the environment and poor communities disproportionately harmed by global warming.

"Administrator Pruitt, you have a once-in-a-lifetime opportunity to bring people together, to ensure that all communities have safe places to live, learn, work, play and pray and to ensure that our most vulnerable communities, who have been struggling for clean air to breathe and clean water to drink becomes a reality for them and their children," Ali wrote. "I wish you well as you move forward on protecting the public health and environment of our nation."