"It's like kumbaya": President Trump strikes different tone with CEOs in closed-door meetings

The president attacked big business in his campaign, but he cannot have been nicer in his interactions thus far 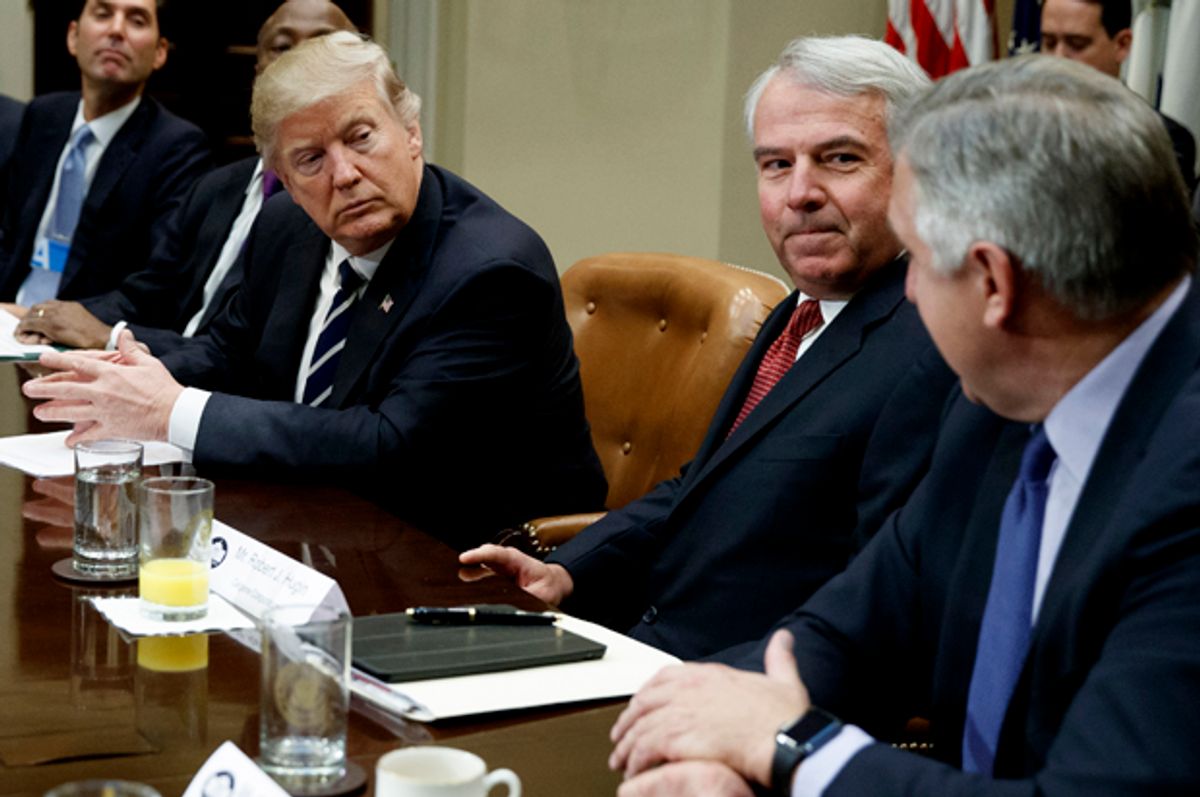 President Donald Trump, the populist outsider who flipped American politics on its head by attacking the establishment and the "unfairness" of big business, has been jarringly friendly in his meetings with the country's biggest CEOs, from pharmaceutical firm heads to automakers. Trump has been unexpectedly cordial and has even expressed a willingness to help ease burdens, according to dozens of executives and lobbyists who spoke to Reuters about the meetings.

In early February Trump sent pharmaceutical stocks in a downward spiral after a White House spokesman confirmed that the president supported Medicare drug price negotiations, which would precipitate a bidding war between drugmakers and the government.

But at a January meeting weeks before, Trump could not have been any nicer, according to a pharmaceutical insider familiar with the meeting.

“There is no question that it was better than it could have been or we thought it could be," the source told Reuters.

In these meetings, Trump has apparently focused his concern on the needs of big business, seemingly hampered by regulations and a high corporate tax rate. Trump has often asked which regulations are holding back companies from adding new jobs and frequently promised to resolve the issues, according to executives.

"He said one thing for the cameras and the door shuts and then it's like kumbaya," said another person briefed on a meeting between Trump and a group of CEOs.

At the end of most meetings, Trump provides a tour of the White House for the CEOs, as Ginger Gibson and David Shepardson reported for Reuters:

Trump leads CEOs into the Oval Office, showing off paintings, sculptures and the furniture, as well as the rug and curtains he has picked out. He also points out a bust of Martin Luther King Jr., which he inherited from Obama. Then he takes a group photo behind the desk. “He becomes tour guide and brings them over to the Oval Office,” said [a trade group] official. “He’s very proud of the Oval Office.”