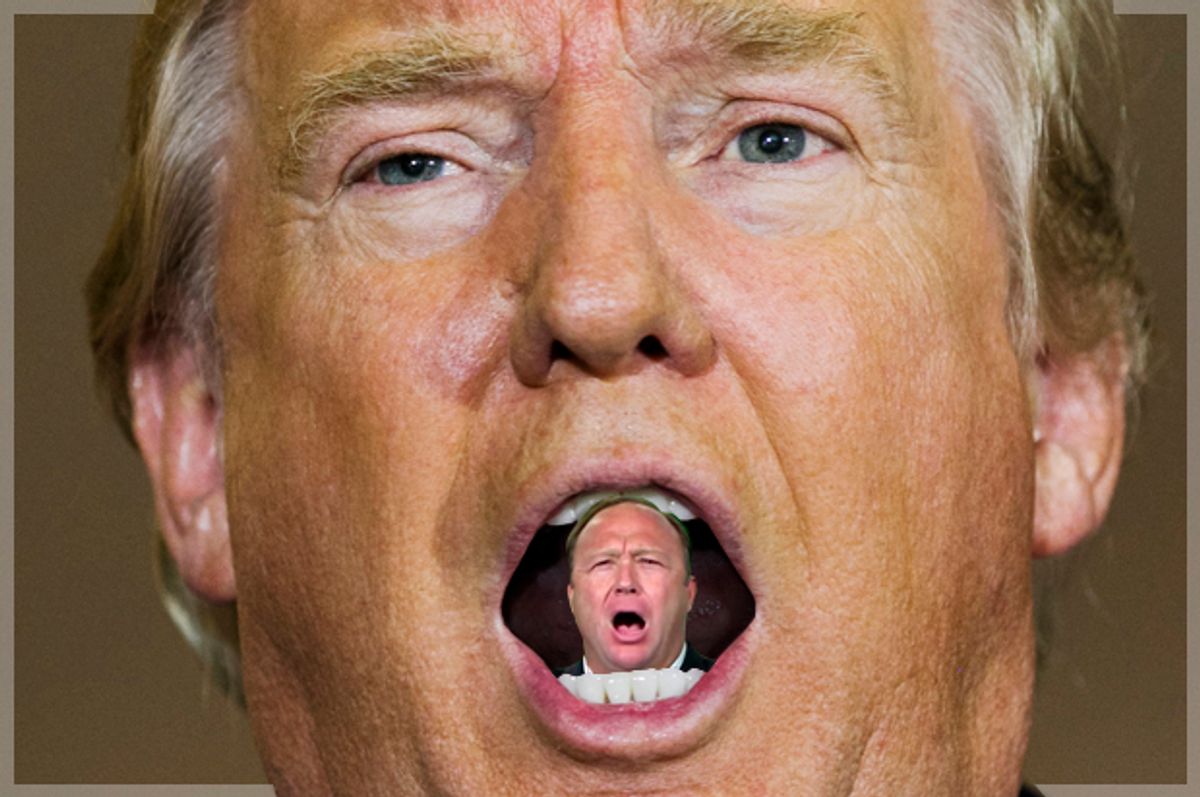 This piece was initially published on Shareblue.com

According to the New York Times, while neither Donald Trump nor Steve Bannon have used the term publicly, they are both true believers in the “deep state.” Bannon has spoken to supporter and former Speaker of the House Newt Gingrich about “his suspicion of the deep state and what he sees as its pernicious influence.”

It is certainly true that Trump’s repeated smearing of the country’s national security agencies before he was sworn in has caused some consternation. When leaks about Trump’s connections to Russia and the hacking of the Democratic Party during the 2016 election hit the news, Trump complained on Twitter, asking, “Are we living in Nazi Germany?”

Outgoing CIA director John Brennan slammed this language, saying, “I think he has to be mindful that he does not have a full appreciation and understanding of what the implications are of going down that road.” The comment appears to have increased the antagonism between Trump and agencies, and has probably led to some of the information being released — but so has his unusually close relationship to a foreign entity with a vested interest in his election.

But that is more in line with traditional disgruntled government agency behavior. Where is Trump getting this paranoid “deep state” stuff?

The term, with its surrounding air of paranoia and speculation, has all the hallmarks of his longtime ally Roger Stone and his associate, right-wing conspiracy radio/internet host Alex Jones.

Stone has been Trump’s political whisperer for decades, at one point holding a leadership role in his 2016 presidential campaign, and continues to be a trusted adviser to this day. Stone has written several conspiracy minded books, including one blaming President Lyndon Johnson for orchestrating the murder of President John F. Kennedy. Stone also backed Trump’s bizarre allegation that Senator Ted Cruz’s father was involved in the JFK assassination.

But Jones is the conspiracy mother lode: He described himself as one of the “founding fathers” of the so-called “9/11 truth movement,” which claims that the 9/11 terror attacks were executed by the government of the United States. Jones believes that the government — aka the “deep state” — has orchestrated attacks and events throughout history. This includes the bombing of the Oklahoma City federal building, the massacre at Sandy Hook (he claims that many of the parents were actors), the Boston Marathon attack, and on and on.

For decades, Jones has existed at the fringes of right wing media, but Trump appeared on his show in 2015 after announcing his presidential campaign, and the two have been rhetorically joined at the hip since. During the presidential primary season, Jones enlisted his audience to vote for Trump, and Stone has been whispering in both men’s ears (he appears on Jones’ show and writes for his conspiracy website, Infowars).

Trump praised Jones for having an “amazing” reputation when he appeared on his show, and reportedly told him he was “one of the greatest influences I’ve ever seen” in a personal telephone conversation. According to Jones, he and Trump have kept in contact for months via phone conversations.

While Trump has long embraced conspiracy theories — his biggest political move before his campaign was the promotion of the racist birther conspiracy alleging President Obama was not born in the United States — his interaction with Jones has led to publicly echoing Jones’ rantings about who truly controls the world.

Even Jones seemed amazed to hear Trump speaking about his crank beliefs on the national stage. He told his audience it was “amazing” and “surreal to talk about issues here on air and then word-for-word hear [Donald] Trump say it two days later.”

The mind-meld was cemented with Trump’s speech accepting the Republican nomination as he declared war on “globalism” — the overarching idea, steeped in anti-Semitism and which Jones has promoted for decades, of a vast conspiracy of wealthy, powerful “globalists” who are the hidden, invisible hands behind world events and who manipulate them in service of accumulating personal power and wealth.

The two men remained in synchronicity with each other as the campaign progressed, with Jones pushing out conspiracies (amplified by fellow conspiracy theorist Matt Drudge at his highly trafficked Drudge Report), that were echoed by Trump on the presidential campaign trail.

Jones claimed the election would be “rigged,” and Trump ran with the idea. Jones called Obama “the founding general” of ISIS, then Trump said Obama and Hillary Clinton were the “founder” and “co-founder” of the terrorist group. And on and on.

Jones was overjoyed that Trump won, but in language that Trump is now echoing with his theorizing about the “deep state” and unfounded allegations of wiretapping by President Obama, Jones claimed that Obama and the CIA were working on a plot to have Trump killed.

Both men believe that a secret plot is in place by elements of the U.S. government fighting a shadowy internal war against Trump and his administration. It is not a coincidence that their strange beliefs and behavior are in sync. Jones has Trump’s ear, and is telling him absurd nonsense that the vast majority of people would dismiss as unhinged ranting and raving.

But Trump is obviously taking it seriously, and using his platform to elevate it to a global audience. This is extremely dangerous.