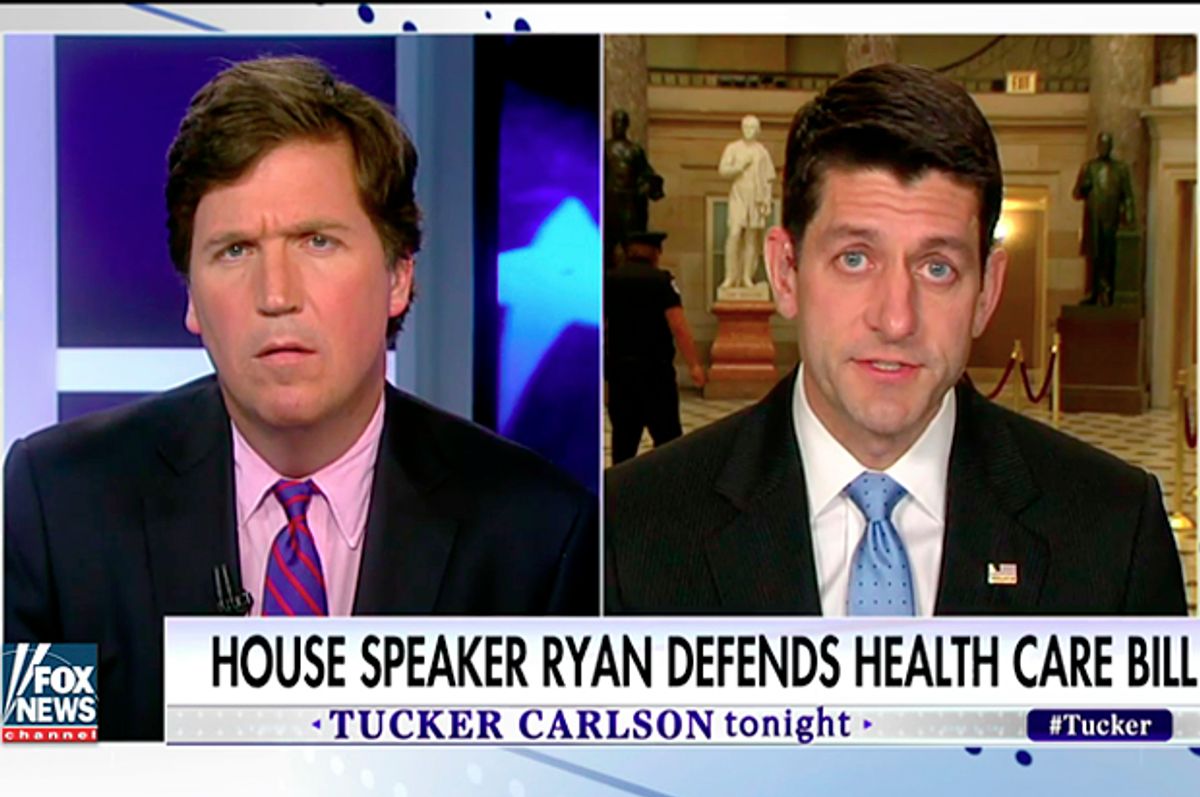 Tucker Carlson, one of the right-wing commentators most dreaded by liberals, undressed House Speaker Paul Ryan in a Wednesday interview about the GOP's health care plan to replace Obamacare. The bill, which was unveiled this week, has been condemned by people both on the left and the right.

Carlson, along with everyone else in Washington, does not understand how this happened.

"It's been seven years to the month since Obamacare passed, and I guess the obvious question is why in all that time couldn't Republicans formulate a plan most of them could agree on before going public with it. Carlson observed. "It looks like chaos,"

Ryan disagreed with the Fox News host's assertion, arguing that the process was going as planned and that he was confident that conservative senators who have denounced the bill will eventually come around.

Even if the GOP establishment were able to whip up enough votes to begin the plan's first phase to repeal and replace Obamacare, Carlson did not sound convinced this made for good politics. He singled out the net investment income tax that Ryan's health care bill would eliminate and thereby save thousands for couples making over $250,000 a year.

"I guess my question is, looking at the last election, was the message of that election really we need to help investors? I mean, the Dow is over 20,000," Carlson said. "Are they the group that really needs the help?"

Carlson suggested that Ryan was missing the big picture.

"The overview here is that all the wealth basically in the last 10 years has stuck to the top end. That's one of the reasons we have had all this political turmoil, as you know," Carlson said. "So, it's kind of a hard sell to say, 'We are going repeal Obamacare, but we are going to send more money to the people who have gotten the richest over the last 10 years.' That's what this does, no? I am not a leftist; that's just true."