We miss you, Biggie: The Notorious B.I.G. remains hip-hop's greatest storyteller 20 years after his death

March 9, 1997 was a tragic day for hip-hop, but Biggie will always be remembered 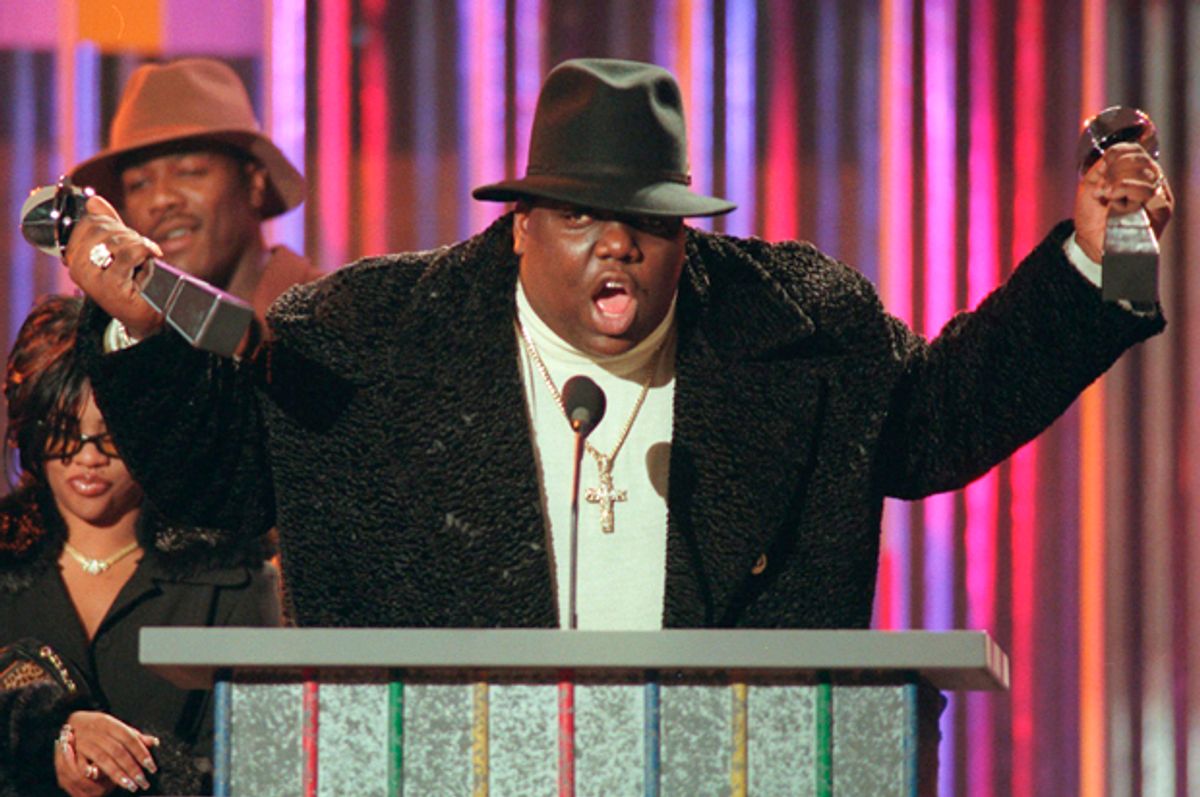 It has been 20 years since Christopher Wallace — a.k.a. the Notorious B.I.G. — was murdered in a drive-by shooting in Los Angeles. But to this day, Biggie remains one of hip-hop's greatest storytellers.

I was in my older brother's room when I first heard Biggie's debut album "Ready To Die." Even at age seven, I recognized that his lyrical flow and raw grit was something special. I grabbed a notebook and wrote down every lyric, word for word, pausing the cassette dozens of times until I had each verse right. I wanted to rap as effortlessly and flawlessly as the young East Coast rap king did.

On "Ready To Die," Biggie charts his life from birth to death, using heartbeat acts as bookends. Call it foreshadowing, but death was a theme Biggie revisited time and time again in his verses: "My shit is deep, deeper than my grave, G/ I'm ready to die and nobody can save me," he rapped on the title track.

Biggie's music took on a new meaning when, on March 9, 1997, four bullets ended his life. Although his death remains unsolved, East Coast-West Coast beef -- which was largely hyped up by the media -- and Tupac's death just six months before helped foster countless theories.

His loss is still deeply felt in the hip-hop community; whenever someone mentions the decline of New York hip-hop today or the '90s golden age of rap, Biggie is one of the first names to come up. He was just 24 and at the peak of his career when he was killed. It left us all wondering what rap would look like today if he lived.