6 reasons why Trump is too weak to save American jobs 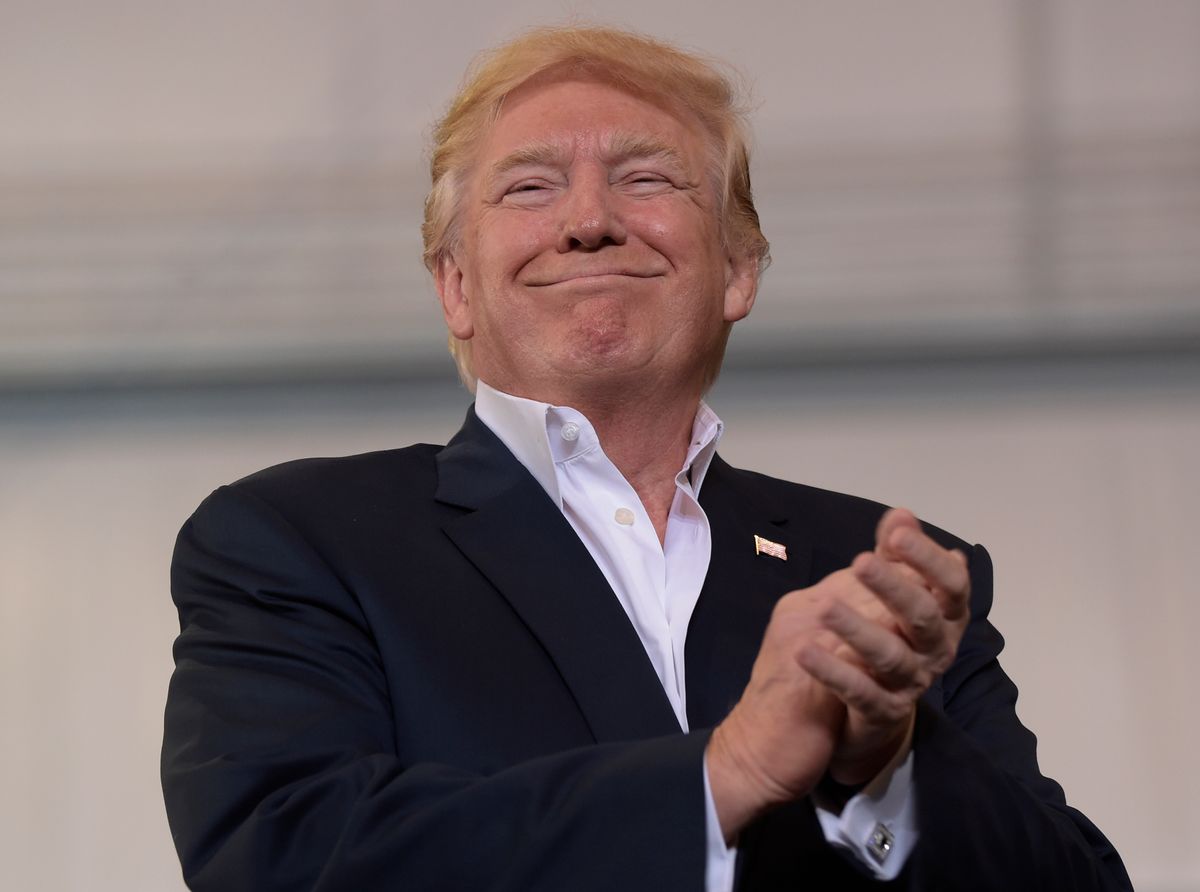 Donald J. Trump believes he can bully and bribe companies into keeping jobs in America. Shortly after his election, he "persuaded" Carrier, an Indianapolis division of United Technologies, to refrain from exporting 700 jobs to Mexico. Meanwhile, Rexnord, a maker of bearings and ball bearings also in Indianapolis, announced its decision to move 300 jobs to Monterrey, Mexico. Trump, of course, expected that after a tweet or two, Rexnord, a tiny company, would quickly capitulate. Not happening.

The most powerful man in the world is getting a rude awakening about corporate power. Rexnord is thumbing its nose at the president by actually moving every one of those jobs...and the bully-in-chief can't stop them. Why is that?

1. Trump is trumped by financial strip-mining.

Rexnord is moving for obvious reasons: The new Mexican workers will make $3 an hour while the Indianapolis workers make $25 an hour. But the real motivation for moving stems from Wall Street's favorite pastime—stripping a company of its wealth through stock buybacks.

To please demanding financiers, Rexnord, in 2015, agreed to buy back $300 million of its own stock. By going into the market to buy its own shares, the price of the stock rises, thereby enriching these hedge fund investors virtually overnight. (Nineteen hedge funds hold about $200 million in Rexnord stock.) The stocks rise because 1) the act of buying large amounts of them in the open market bids up their price; and 2) the company's total earnings are now spread over fewer shares.

The move to Mexico isn't just about profits; it's about financing the stock buybacks.

From the New Deal until 1982, stock buybacks were virtually outlawed. They were considered a dangerous form of stock manipulation—a leading cause of the 1929 Wall Street crash.

During the Reagan administration, stock buybacks were legalized and financial strip-mining took off with a vengeance. Trump's deregulatory mantra means stock buybacks will continue unabated as will the pressure to move jobs to low-wage areas.

3. Trump ignores (or is clueless) about the massive extent of financial strip-mining.

In 1980, a mere 2 percent of corporate profits went to stock buybacks. By the crash of 2007-'08, more than 75 percent of ALL corporate profits went to buy back the companies' own shares. Our entire economy is being financially strip-mined by such stock manipulation. (Unfortunately, Trump does not have the attention span to read William Lazonick's excellent analysis, "Profits Without Prosperity.")

Not only do hedge funds profit from financial strip-mining, they are aided and abetted by corporate executives who often derive more than 90 percent of their pay from stock incentives. As a result, CEOs run their companies with only one goal in mind—raise the price of the stock.

With those incentives in place, Rexnord executives could care less about Trump's tweets. They are moving to Mexico to fund the stock buybacks that enrich the value of their own stock incentives.

Trump's economic advisors, nearly all produced by Wall Street, could care less about Rexnord moving to Mexico. After all, they grew fabulously rich by financing such moves, pressing companies for stock buybacks and profiting from trade deals. Rexnord knows that Trump's economic team has no interest at all in limiting the stock buyback scam.

6. Trump can bully immigrants but not Wall Street.

It is frightening to see Trump unleash ICE on powerless immigrants, but bend over backward to placate financial elites. A bully attacks the weak and cowers before the powerful.

To repeat, stock buybacks are how Wall Street makes money in a hurry—money that is squeezed out of the workforce by shifting jobs to lower-wage areas. Wall Street will not tolerate any interference in the way it strip-mines companies. And Trump knows it.

Working people will soon know it as well. The Rexnord workers once believed Trump would come to their rescue, especially after he supposedly saved 700 jobs at Carrier just up the road. He didn't and they no longer do.

Millions more voted for Trump because they believed he would save their jobs from a similar fate. But as financial strip-mining continues unabated, these workers will learn that President Trump is not president of Wall Street. Their jobs will be sacrificed on the altar of stock buybacks. You can't tweet away financial strip-mining.

Neither Donald Trump, nor even Bernie Sanders, can stop financial strip-mining on their own. It's a powerful process that has been in motion for nearly 40 years. To reverse the runaway inequality it creates will require nothing short of a dedicated mass movement, the likes of which we haven't seen for more than a generation.

As historian Michael Merrill points out, there have been four great struggles in American history:

These previous victories, always partial with battles still ongoing, were not the result of spontaneous uprisings. They required vision, leadership, education, organization, and mass involvement. Each required a sustained effort over many decades.

Today we need to relearn the art of building mass movements like those created by the abolitionists, the Populists, the labor movement, and the civil rights movement.

Is such a mass effort emerging right now as tens of thousands of people take to the streets and come together in town hall meetings all over the country? Perhaps. But only if these disparate resistance efforts coalesce into a powerful unified movement to take back our country from the power of finance. We have no choice but to try.