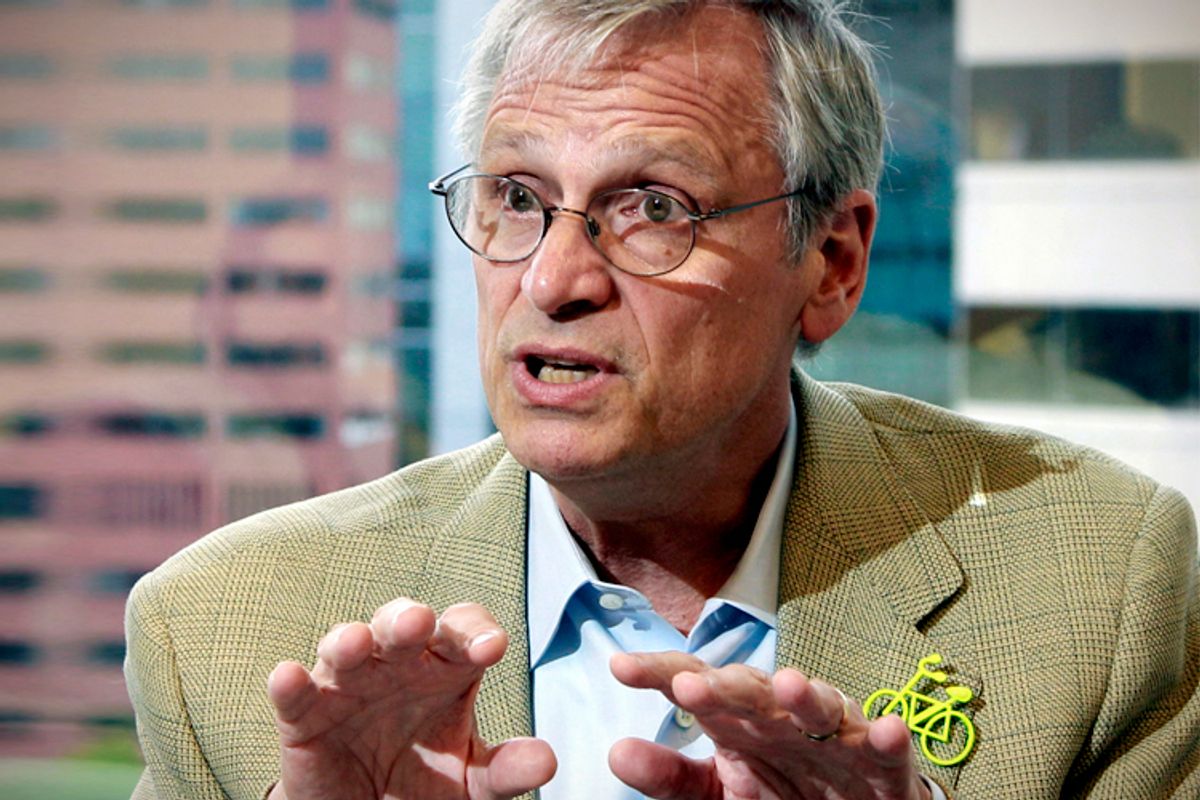 Most recent presidents have placed their assets in a blind trust to avoid any potential conflicts of interest, but President Donald Trump, one of the wealthiest modern presidents, has refused to follow tradition even as questions persist about potential conflicts of interests. But legislation introduced by one Democrat in the House on Thursday directly trolls the president's decision while ensuring his businesses don’t benefit financially from the presidency.

The No Taxpayer Revenue Used to Monetize the Presidency Act, or, the No TRUMP Act, "would prohibit the use of taxpayer dollars to pay for events, overnight stays, food or other expenses at hotels owned or operated by a president or his relatives," reported USA Today .

“Trump and his family are riddled with conflicts of interests. Putting a strain on government resources for Trump to hold meetings with U.S. officials at Mar-a-Lago or for the Trump children to travel the world to promote the family business are just more examples,” Blumenauer said in a news release. Blumenauer noted that he's particularly concerned about Trump's refusal to divest his ownership stake in the Trump Organization. Trump has left his two adult sons, Eric and Donald Jr, in charge of managing his companies without divesting his stake. A recent business trip to Uruguay by Eric cost U.S. taxpayers nearly $100,000, while

“Presidents should not financially benefit from holding the office. No taxpayer money should be spent at Trump hotels. Period,” Blumenauer argued. Though the name of the bill is clearly a reference to the current president, it would apply to any future presidents:

Trump has sought to fend off concerns by vowing to donate profits from any foreign governments that use his hotels. Many ethics experts, however, have cast doubt on how such an arrangement would be executed, raising questions around how it would actually be implemented, enforced and disclosed to the public.

Just this week, debates about his potential conflicts of interest raged on when it was revealed that Trump's company had secured preliminary approval for 38 trademarks in China, after trying for over a decade.

"We have never before seen a president aggressively pursuing valuable benefits from a foreign government of this kind, and it creates an obvious conflict of interest for him,” Norman Eisen, who served in the Obama administration and is now a governance ethics fellow at the Brookings Institute, recently told the Washington Post.

Blumenauer's bill would allow the Secret Service to continue protecting the president and his family at Trump Tower in New York and Mar-a-Lago in Florida. According to The Hill, Trump has spent nearly a quarter of his presidency so far at his Mar-a-Lago resort in Palm Beach, Florida, traveling there during four of the seven weekends since he took office in January.

Despite the masterful trolling in the bill's title, the No Trump Act is unlikely to pass the Republican-controlled Congress. Still, Blumenauer told USA Today that he remains hopeful about his bill's chances, given the mounting public pressure over an appearance of impropriety between the White House and the Trump Organization.

"I think it's entirely possible that under bizarre circumstances, the combination of public concern and political unease may grow," he said. "I believe this would be broadly supported... And if something happens that galvanizes public attention, we have something that is ready to go."