Trump: In touch with reality TV, but not quite reality

Trump recently met with the founder of celebrity gossip show "TMZ," leaving some wondering about his priorities 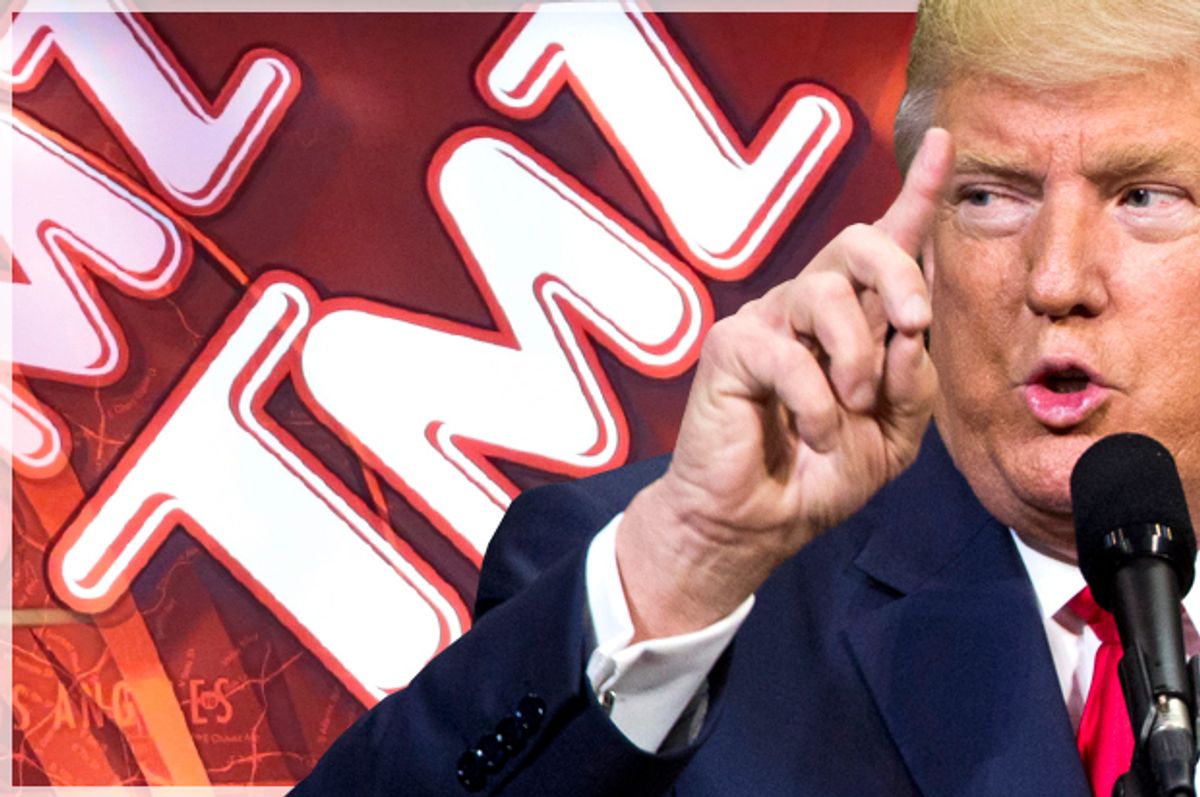 Despite claims that he would be "hands off" with his entertainment holdings and fully devote himself to the presidency, President Donald Trump has once again made the public raise a skeptical eyebrow.

As news that members of Team Trump had alleged ties to Russian officials broke, the president was using some of his coveted face time to meet with reality television mogul and TMZ founder Harvey Levin. The gossip guru reportedly met with Trump last Wednesday -- though the meeting did not appear on the president's public schedule -- to discuss his television show "Objectified" (which the president appeared on back in November).

"The show was a huge success, and the two were discussing future opportunities," said Hope Hicks, a White House spokesperson.

The show, which was recently picked up by Fox to continue as a 10 episode series, garnered poor reviews.

This is not the first time Trump's personal stake in reality television has taken up his professional time.

After his inauguration, Trump stayed on as the executive producer of "The Celebrity Apprentice," despite backlash. Many felt that his continued involvement with the show would lead to conflicts of interest, especially after it was estimated that he would make a profit of at about $7 million from the 16-episode season. Though the president claimed he would be a "hands-off" executive producer, he has shown he has no problem commenting on the shows ratings and status on his Twitter account.

A Pew Research poll that found 45 percent of Americans were “very concerned” over the president's personal involvements and the potential conflicts of interest.

Trump also regularly takes to his personal Twitter account to comment on "Saturday Night Live" sketches, clarify "fake news" stories and share his opinion on popular culture. These tweets often pop up in between updates on official business, sparking the question: how does the president have time to tweet about reality television while running the country?