Things get ugly fast at a "March for Trump" in Phoenix, Arizona 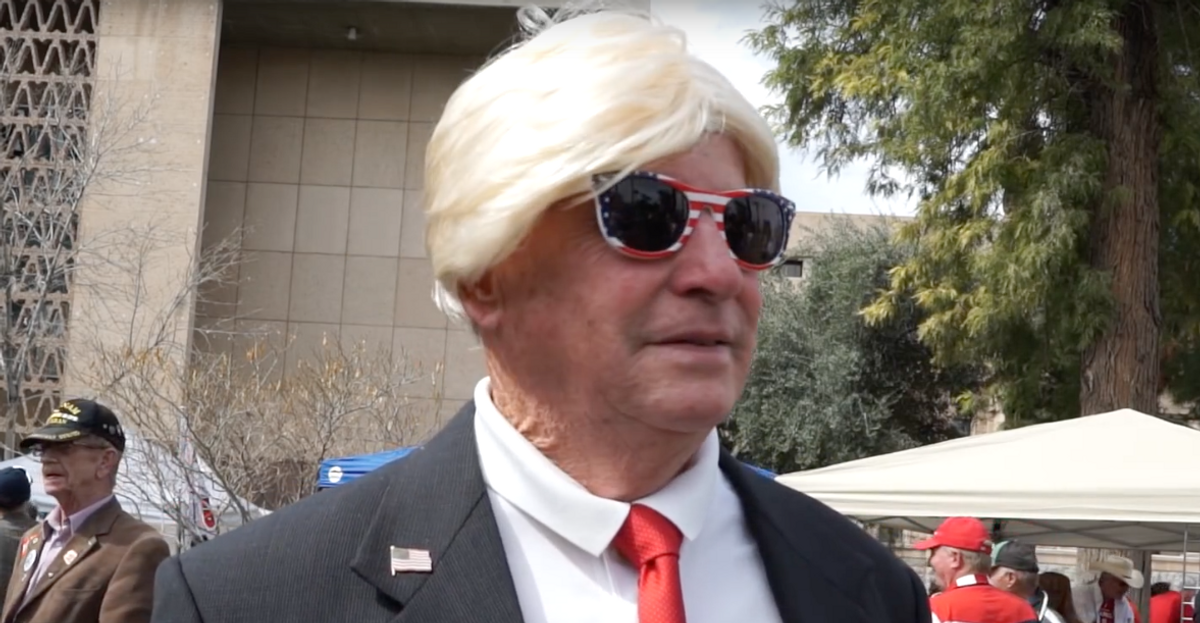 Maricopa County burnished its reputation as the Trumpiest in America last weekend as hundreds of locals, including heavily armed militamen, white nationalists and even a few elected officials, gathered to support the 45th president. The ensuing "March for Trump" was as horrifying as it sounds.

"I heard 'lock her up, lock her up,' and we still need to pursue that," announced Arizona Rep. Anthony Kern; a nod to a prominent Trump campaign promise to imprison then-Democratic nominee Hillary Clinton.

"If you don't like it here, go to Syria, go to someplace else," one attendee shouted.

Some even dared to tell Dan Cohen of the The Real News Network how they'd make America great again now that Trump was in office. And Muslims weren't the only religious minority unwelcomed.

"If she's Jewish, she should go back to her country," a 13-year-old Trump supporter said of a protester.

"This is America, we don't want Sharia Law," one attendee explained. "Christian country," he added.

A separate man insisted that Sen. John McCain was a "secret communist."

"I think there's a lot there," another said of Pizzagate, a deranged right-wing conspiracy theory that Clinton's campaign chairman John Podesta ran a child prostitution ring out of a Washington, D.C. pizzeria. "Definitely enough to warrant an investigation."

"I just want to let them know that I can't wait for the liberal genocide to begin," an Oath Keeper shouted at a small group of protesters.