Lost in translation: When parents and pediatricians don’t speak the same language

When you don't speak English, who do you rely on to translate medical information? 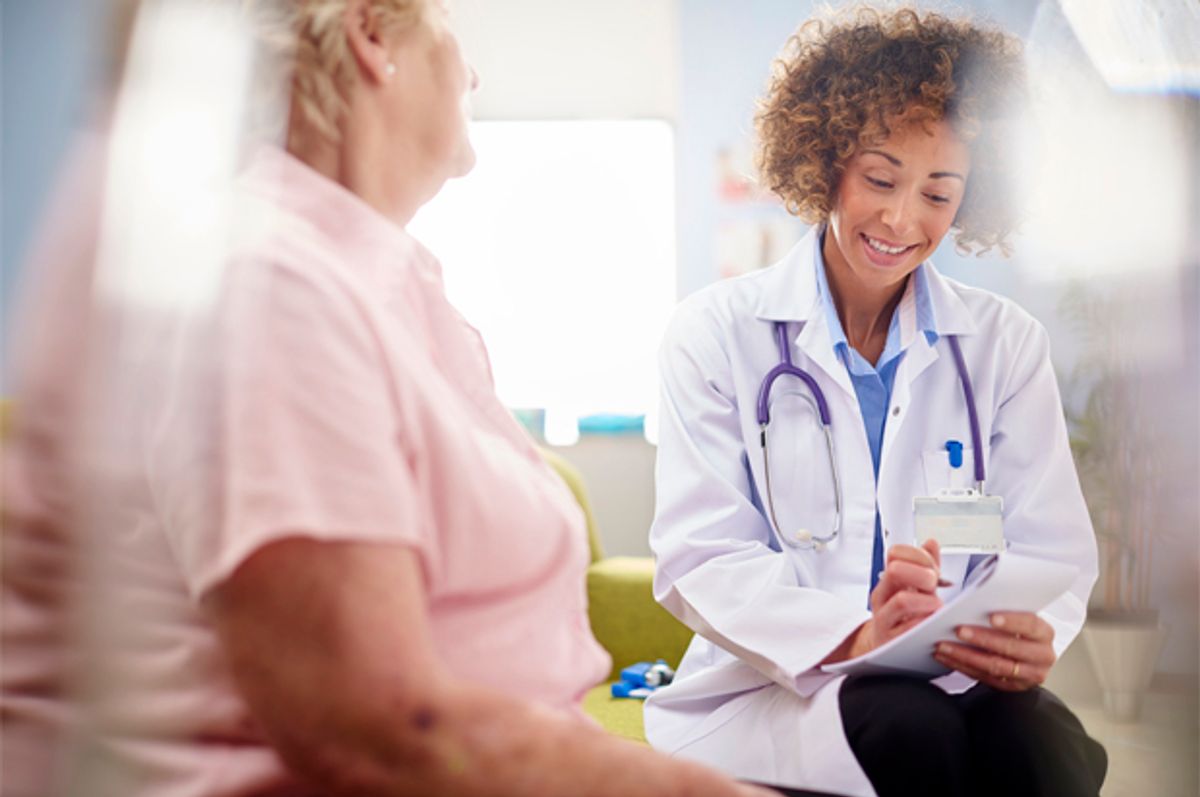 When Margarita Ruiz takes her children to the doctor’s office, she has no choice but to trust that nurses and front desk staff are translating medical orders accurately. She doesn’t speak English, and her children’s pediatrician speaks very little Spanish.

Ruiz, of Rosemead, Calif., said she feels grateful that staff members at the office of her children’s current doctor are usually available to translate. In the past, in a different doctor’s office, her oldest son, 14, translated for her. “It wasn’t ideal, but I didn’t have much of a choice,” said the 33-year-old homemaker.

Health care experts say it is not advisable to use untrained interpreters, whether they are medical office staff members or your own family members.

Ruiz said the language barrier has not discouraged her from taking her four sons, aged 2 to 14, to medical appointments, but she wishes she could communicate more effectively with their doctor.

According to the study, published in the journal Academic Pediatrics last month, parents who spoke only Spanish were half as likely as English-only Latinos to think that their children’s doctor listened to them.

The study compared the experiences of Latinos divided into three different groups based on the language they spoke at home: people who reported speaking only Spanish, those who spoke only English, and others who spoke a mix of the two.

The study also showed that Spanish-only parents were 70 percent less likely than those who only spoke English to communicate with their kids’ doctors over the phone or via email. And parents who spoke a mix of the two languages were 25 percent less likely than exclusively English-speaking Latinos to feel they were being listened to by their children’s providers, according to the analysis, which was based on 2011-12 data from the California Health Interview Survey.

The findings may suggest that a 2009 state law establishing the right of patients to a medical interpreter is either not being fully enforced or is not being promoted widely enough, said Alex Ortega, a professor at the Dornsife School of Public Health at Drexel University in Philadelphia, who led the study.

Ruiz, whose kids are enrolled in Medi-Cal, said she has never called her health plan requesting an interpreter because she didn’t know it was an option.

In California, the Healthcare Language Assistance Act requires that health plans provide a qualified interpreter when requested, either in-person or via telephone or video conference.

Ortega said it is important to evaluate the communication barrier between doctors and parents because of the impact it could have on children’s health.

“If parents don’t understand their providers, they are less likely to properly manage problems at home,” Ortega said. “This is particularly problematic for kids with chronic [diseases] such as obesity, asthma and childhood diabetes, which are big issues in Latino communities.”

In 2016, about one-third of practicing physicians in the state reported being proficient in Spanish, according to the Office of Statewide Health Planning and Development.

That’s actually higher than the proportion of proficient Spanish speakers in the state’s overall population. But Spanish-speaking doctors may be more concentrated in some areas than others, or patients may not always know where to find them.

Ruiz, for example, said her priority is to find doctors closest to her.

The experience of Latino families in medical settings has been the subject of many studies, but the analysis published in Academic Pediatrics shows serious disparities in health care communication within the same ethnic community, Ortega noted.

Yet the study does not show delays in care for families facing language barriers. “Access was about the same for all Latino children,” Ortega said. “That’s the good news.”

Dr. Alicia Fernandez, a professor of medicine at University of California, San Francisco, and a physician at San Francisco General Hospital, explained that using untrained interpreters — such as family members or office staff — can lead to clinically significant errors.

For example, medical vocabulary may not be easily understood by a layperson, especially a child, she said.

Asking a child to translate also distorts the family dynamic, Fernandez added. “When parents don’t speak English and the child does, the child prematurely takes on an adult role in the family.”

Even with a qualified interpreter on hand, communication can be a challenge. That’s because physicians are not necessarily trained to work through interpreters, Fernandez said. When using an interpreter, doctors often dominate the conversation, making it harder for the patient to raise questions and concerns, she said.

Fernandez said many of her patients want to learn English but were poorly educated in their country of origin, which might make it more difficult for them to learn a second language. They may also face obstacles such as long work hours and not being able to afford classes.

“In the meantime, they or their kids get sick and the health care system has to deal with it,” Fernandez said.

In California, some 29 percent of immigrants live in households where no one older than age 13 speaks English “very well,” according to the California Public Policy Institute. Nationally, the percentage is similar, at 28 percent.

Ruiz continues to rely on the nurses and front desk personnel for language assistance and must wait until Spanish-speaking staffers are available to interpret.

“There have been times I’ve had to wait hours,” she said. “It can be frustrating.”