WATCH: Commander in chief Donald Trump fumbles his way through an alien attack

On SNL, it wasn't "The Russians are Coming!", but rather, "The Aliens are Here!", and Baldwin's Trump 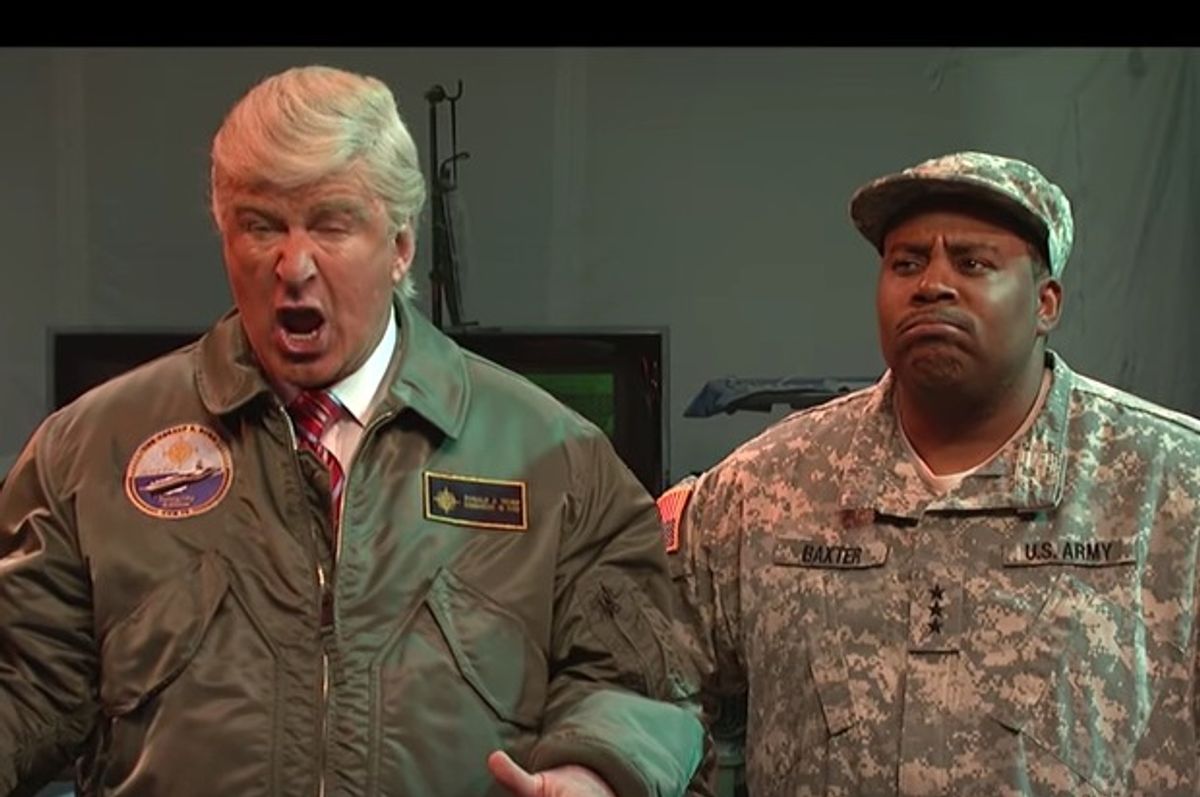 Alex Baldwin was back on Saturday Night Live last night as President Donald Trump, and he enters during a skit inspired by the sci-fi film "Independence Day." A military commander, played by Kenan Thompson, is in the midst of an alien attack, and tells Baldwin's Trump that said aliens have invaded earth.

Before Thompson tells Trump that the aliens are within the military base walls, Trump implies that he has more information, and it's clear he is making it up. "Actually, I heard the aliens are already here," Baldwin's Trump says. "They've been hiding in this country for hundred of years. They are shape-shifters."

When Thompson wonders, "Where are you getting this information?", Trump refers to alt-right website Infowars.

"From a very reputable source: Infowars," he says. "It's a radio show hosted by Alex Jones. You know he's legit because he's always taking off his shirt." Here, SNL is giving a backhanded tip to Russian president Vladimir Putin, who is often played shirtless by SNL cast member Beck Bennett.

Baldwin's Trump appears not to know the Pledge of Allegiance; in addition to numerous words he cannot pronounce, like "demand," he says, "That's is why I hereby demand. Sorry. I here-by be-dammed. Sorry. I Gigi Hadid. Sorry."

Baldwin's Trump also pokes fun at the president's need for attention. After Thompson introduces him, Trump says, "Who here Loves Trump? I know this guy over here loves Trump!" — and "this guy" he refers to, is dead.