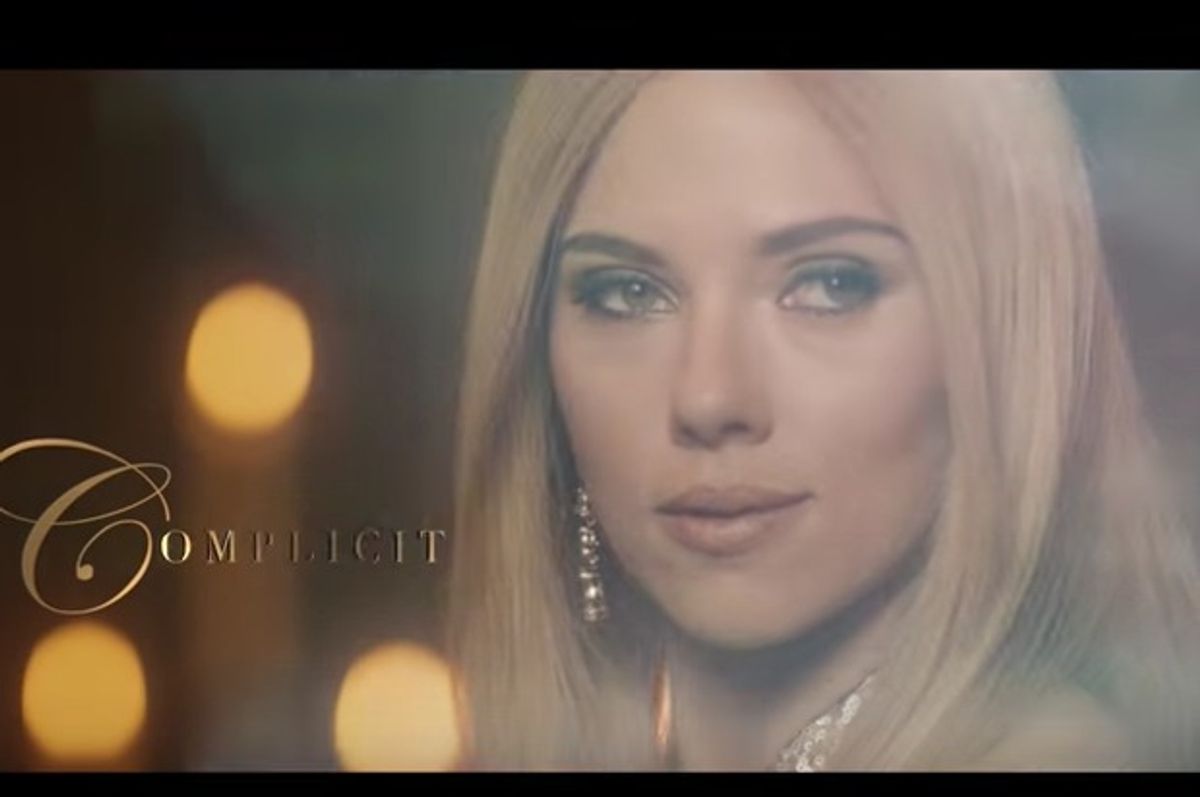 Saturday Night Live clearly thinks influential and smart First Daughter Ivanka Trump should be doing more to help her fellow women, rather than throwing us under the collective bus.  On last night's SNL, Scarlett Johansson played Ivanka in a TV spot that mimicked the Calvin Klein "Obsession" ads of the '90s, complete with glam filters and sotto voce voiceover.  Her "new fragrance", called "Complicit",  was created for just for Ivanka: “A feminist, an advocate, a champion for women,” the commercial asks. “But, like, how?”

SNL has made fun of Ivanka Trump before, but never in a sketch solely about her behavior, politics, and failure to speak out against the president when his actions seem to go against her proclaimed feminism. Before her father was elected, Ivanka spoke out for paid family leave and the rights of women at work — especially as she is a businesswoman and mother herself — but has recently been silent on these issues while her father chips away at progress made on these issues.

The announcer's script wonders why, when Ivanka Trump is so beloved by her father, she isn't asserting more progressive influence over him - at the very least, to stop his early-morning habitual destructive tweeting or negative and sexist talk about women.

"Complicit" was made, says the ad, “For the woman who could stop all this ― but won’t.” The voiceover suggests Ivanka should have tried to hide from the spotlight if she was going to be silent on her father's questionable behavior, committed though she is to the president. “She’s loyal. Devoted,” the voiceover says, “but probably should’ve bounced after that whole Access Hollywood bus thing."