An unexamined life: "Review" returns for one last joke on its sadly hilarious host

In its final season, Forrest MacNeil is utterly convinced that his pointless work is "all that I need in my life" 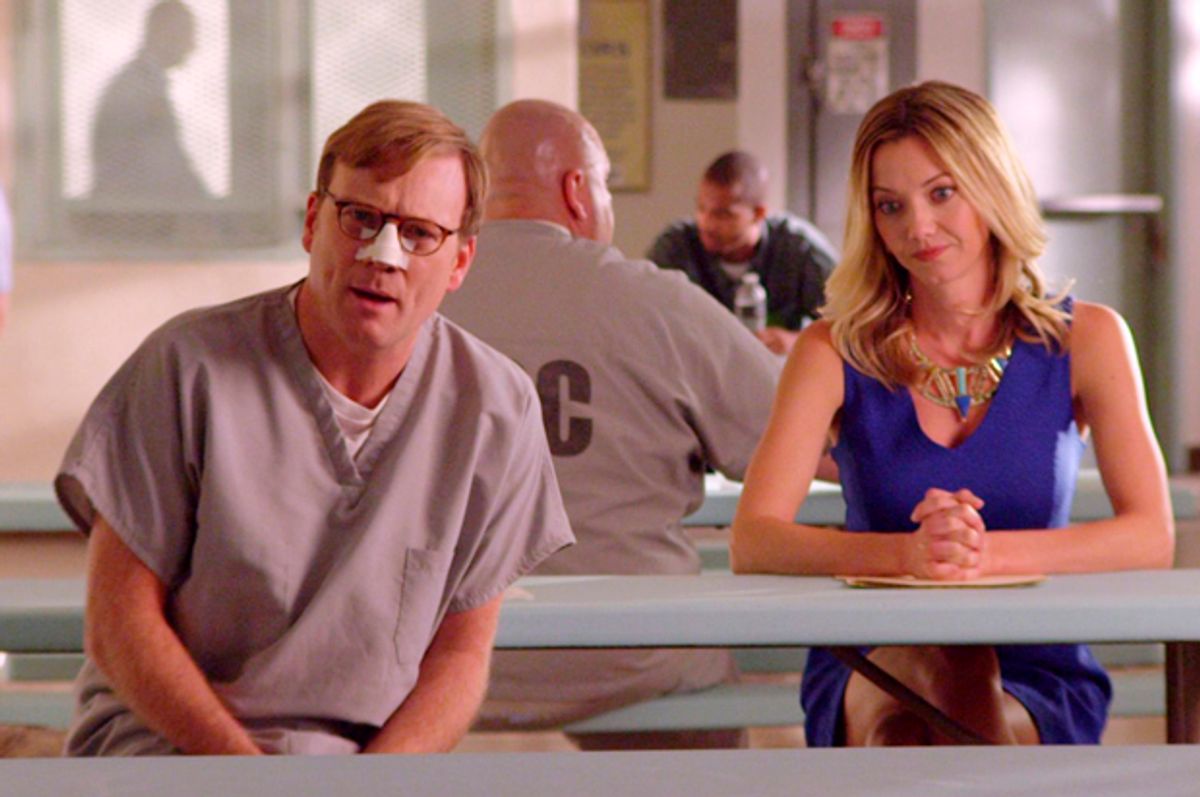 Every episode of Comedy Central’s “Review” begins with host Forrest MacNeil intoning, “Life. It’s literally all we have. But is it any good?”

If you’ve seen “Review” or even read anything about it, you know this intro is part of the great black joke enveloping the series. As “Review” embarks upon its third and final season Thursday at 10 p.m. we see that life is literally all that Forrest has. He is breathing, upright and miraculously remains employed as a reviewer of life itself, a job that has nearly killed him several times.

When it comes to the question of whether he has a life that’s worth living, the average Yelper would not be kind. Forrest’s long-suffering ex-wife Suzanne (Jessica St. Clair) refuses to see him or grant him access to their son. He is essentially homeless and friendless and has endured breaks with his sanity on numerous occasions. Due to an ill-advised second season review that tasked him with killing a person, Forrest is also on trial. And that body is the most recent in an impressive trail of dead left in Forrest’s wake that includes the accidental death of a family member — which occurred in space.

All this happens before Forrest plunges off a bridge with his producer Grant (James Urbaniak) in the second season's finale, with his fate heretofore unknown. The return of “Review” would be a spoiler if not for Forrest’s previously demonstrated determination to see each assignment through to the end — risks to limb and loved ones be damned. OK, that was a clue, as was the fact that Comedy Central renewed the series last spring for one more round of misadventures.

When he wraps up “Review,” which is based on the Australian series “Review with Myles Barlow,” co-creator and star Andy Daly has the opportunity to give Forrest’s pathetic existence a touch of meaning. This is a statement of hope more than anything else; very little within the two new episodes made available to critics indicates that Forrest will emerge on the other side of show as a fundamentally improved human being.

All signs point to the opposite, in fact. As the shorter final season of “Review” kicks off, Forrest believes that his miraculous survival is a sign from above that “my role in the world is crucial.”

This is why he plugs on with his mission of examining life experiences, including finding out what it’s like to euthanize a pet or consume hideous food, and assigning a rating on a five-star scale. Daly lends Forrest a naïveté, desperate optimism and an imperviousness to self-awareness as he eagerly strolls into misfortunes that sane people strive to avoid.

Strangely enough, the most innocent tasks tend to be the ones that end in sheer disaster. One assignment to review the experience of spending time in a rowboat wound up with Forrest becoming lost at sea, an apt metaphor for his overall journey.

This third season of “Review” drives home the perversely comic sorrow of Forrest’s myopic existence, the result of gazing upon life from inside the world’s tiniest echo chamber. For all his bizarre experiences, Forrest never gains any wisdom. If the gigantic punchline of “Review” is that it’s a show within a show, “Review with Forrest MacNeil,” it has left its host with no true reason for being at all. Forrest’s delusion that he has been spared to do this “important” work is exceptionally pitiful now.

Forrest’s life — is it any good? Nope. But this show is worth five stars, even when the host is at his lowest.

The unapologetic sadism of “Review” has earned it plenty of admiration from critics, the very people it softly lampoons. Sadly the larger audience’s enthusiasm did not reflect that; the second season had on average about 258,000 total viewers. “Review” can be difficult to stomach in spite of its cleverness; it’s only a comedy insofar as one can enjoy reveling in the misery a cheerful dolt inflicts upon himself.

“Review” also pulled a fast one on its audience by first presenting itself as a light satire of what I will inelegantly describe as America’s democratized evaluator culture. In declaring himself a professional life reviewer, Forrest carves out a niche that would otherwise be left to the denizens of YouTube or Yelp. And this helps to explain in part why critics love this show. Forrest strives to walk the path of a professional critic by artfully describing the task at hand — even when the task is living the experience of being a racist — perhaps providing historical or cultural context along the way.

Examining art, be it culinary, literary, cinematic or any other endeavor, has lower stakes relative to rating life experiences. In the case of the former, the only people who stand to be hurt are willing participants in the process, offering up their talent and skill to the world, including consumers and professionals.

Interacting with life requires crossing paths with other people, and that means Forrest’s actions affect the lives of innocent bystanders — starting with his wife, whom he divorced in the deceptively banal-sounding episode “Pancakes, Divorce, Pancakes.” The fact that Forrest’s awkward, stilted voiceover serves to give these tasks equal emotional weight reveals the alarming profundity of his emotional myopia. Eat 15 pancakes? Sure! Crush the love of your life? Alrighty, then. Then eat 30 pancakes because the viewers demand it.

Getting divorced was the only experience that Forrest couldn’t bring himself to rate.

That was when Daly and the show's writers transformed “Review” from a frivolous sketch series into a serialized half-hour show warning about the dangers of welding one’s ego and self-worth to a job. In his middle-management Dockers, tan sport coat and blue shirt, Forrest is the bland stand-in for the overly devoted employee striving to find meaning in the daily grind’s pointlessness.

“This work is all that I need in my life,” Forrest calmly assures the viewer in his inexpressive narrator’s voice, even as the footage reveals the lie in that. Later he benignly mentions, “I have no use for a friend of any species.”

That Daly resembles a milquetoast Sunday schoolteacher makes all the torment he brings upon himself seem contemporaneously funnier and more distressing. His character is also a literalist, making him the perfect avatar for the public and a boss who eggs him on as he cheerfully marches toward a fresh debacle. (As Forrest’s boss Grant, Urbaniak doesn’t have many lines but his impish grins at the camera when Forrest isn’t looking are priceless.)

Comedy Central is leaving the episode count of the final season a mystery, but the latest installments episodes of “Review” hint that Forrest is due for a harsh reckoning sooner rather than later. When the show finally ends, fans may be left with mixed feelings. Suffering can be difficult to watch, even that endured by a fictional character fooling himself into believing his worthless pursuits are somehow a boon to mankind.

In showing us the sum of Forrest’s travails, “Review” has given birth to something extraordinary: a bleak, serialized tragedy that inspires spasms of unrestrained laughter.