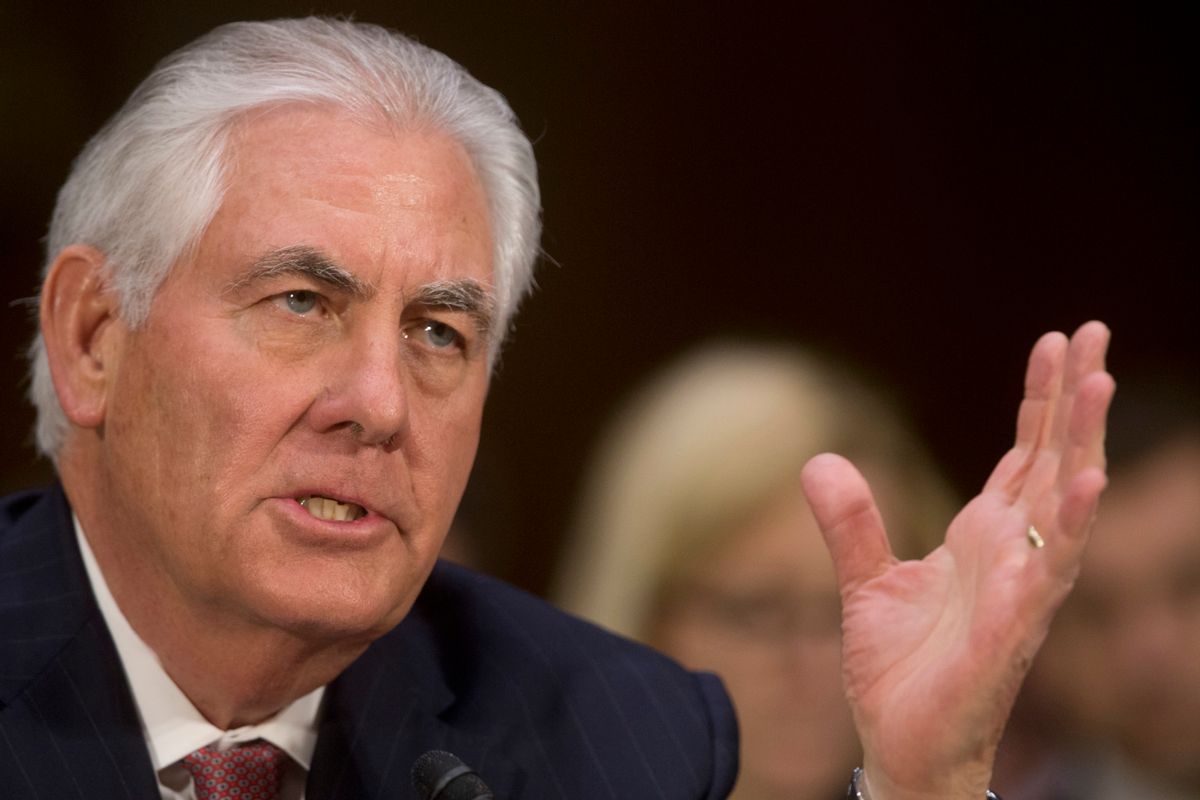 Secretary of State Rex Tillerson had a second alias email address dedicated to climate change and other "important matters" when he was the chief executive of ExxonMobil, New York Attorney General Eric Schneiderman alleged in a court filing Monday. Tillerson apparently used the pseudonym "Wayne Tracker" to discuss these sensitive matters.

In a letter to a New York state judge, Schneiderman said that his office discovered the email address — along with 34 others belonging to Exxon executives — during its investigation into the oil company for potentially misleading shareholders and the public about climate change.

"Despite the company’s incidental production of approximately 60 documents bearing the ‘Wayne Tracker’ email address, neither Exxon nor its counsel have ever disclosed that this separate email account was a vehicle for Mr. Tillerson’s relevant communications at Exxon, and no documents appear to have been collected from this email account," Schneiderman wrote in the letter.

The attorney general wrote that Exxon's top executives and, "in particular," President Trump's secretary of state, are at the center of his office's investigation into potentially false or misleading statements to investors and the public.

In response to the court filing Monday, an Exxon spokesman said in a statement that Tillerson only used this secondary account because his primary email address was inundated with mail. The account was for "secure and expedited communications between select senior company officials and the former chairman for a broad range of business-related topics."