Rep. Steve King predicts a coming race war in a radio interview, says he will continue to talk about race

Before whites lose their majority in the U.S. King thinks that "Hispanics and blacks" will be "fighting each other" 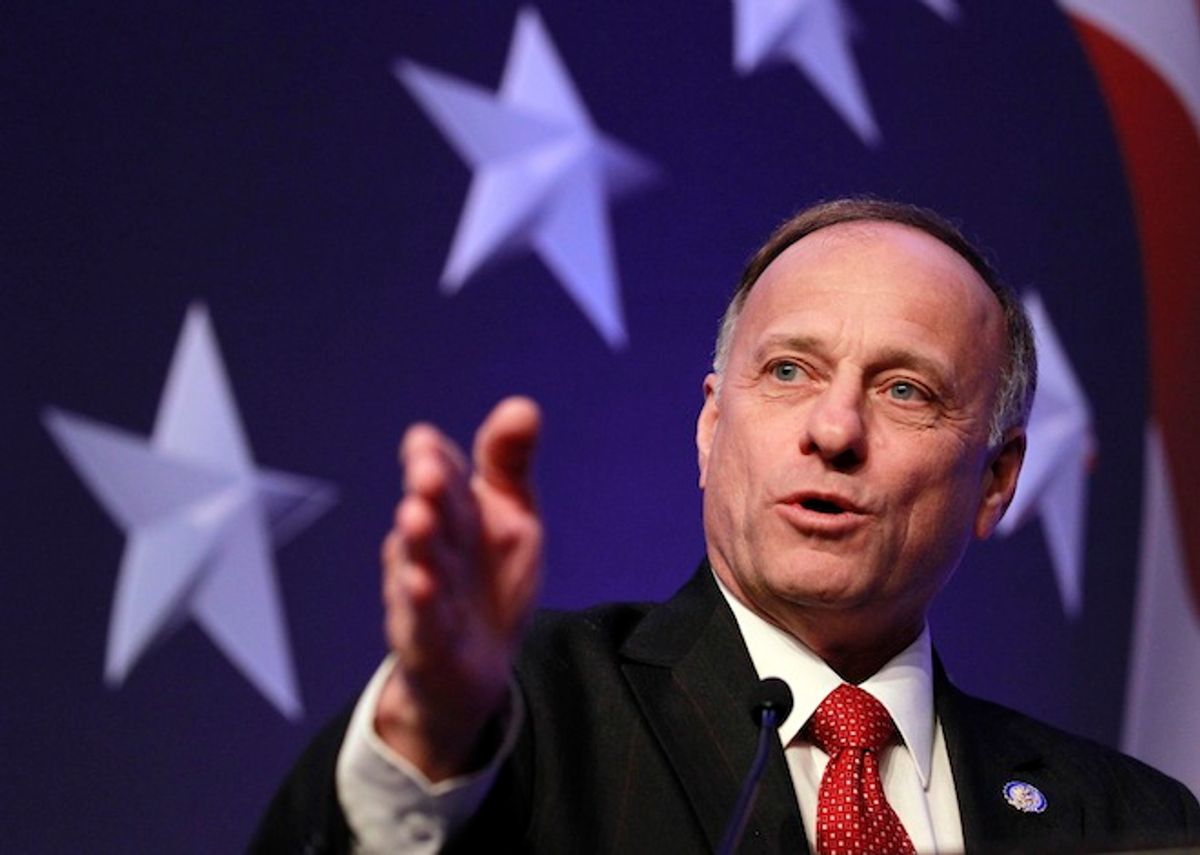 On an Iowa talk radio show Monday, Rep. Steve King predicted a looming race war between blacks and Hispanics — just in time before the collapse of the white majority in the U.S.

The Iowa congressman was on WHO-AM to talk about his controversial tweet from Sunday that many thought offered proof, or perhaps even confirmation, that he was indeed a bigot.

Wilders understands that culture and demographics are our destiny. We can't restore our civilization with somebody else's babies. https://t.co/4nxLipafWO

At one point in Monday's interview, which was highlighted by CNN's "KFile," King and radio host Jan Mickelson began talking about Univision anchor Jorge Ramos and his recent appearance on Fox News' "Tucker Carlson Tonight." King accused Ramos of always trying to "drive wedges between race and ethnicity" and suggested that the Latino journalist and activist was celebrating the fact that whites will lose their status as the racial majority by 2050.

"When you start accentuating the differences, then you end up with people that are at each other's throats," King said on Monday. "He is adding up Hispanics and blacks, who he predicts will be in greater number than whites in America."

Added King: "I am afraid the Hispanics and blacks will be fighting each other before that happens."

Since President Donald Trump became the dominant player on the U.S. political scene, King has become increasingly brazen with his commentary on race. During the Republican National Convention, the congressman asked, on live television, whether any other group had contributed more to civilization than white people.

On Monday King doubled down on the point he had tried to make last summer. He suggested that the U.S. is prosperous because its economy was "created by Western civilization which is descended generally from Western Europe and the majority of the people who established the foundation of Western civilization were white."

"Not at all," he said. "I will probably be putting some more out here that causes them to think even more."

At one point in the interview, Mickelson noted that some people would label King "a racist" for the way he talked.

To close the interview, King recommended the audience read the grotesquely racist book "The Camp of the Saints."

Listen to audio from the interview below, courtesy of CNN: