During a MSNBC town hall, the senator talked to West Virginians about the fate of America and its health care 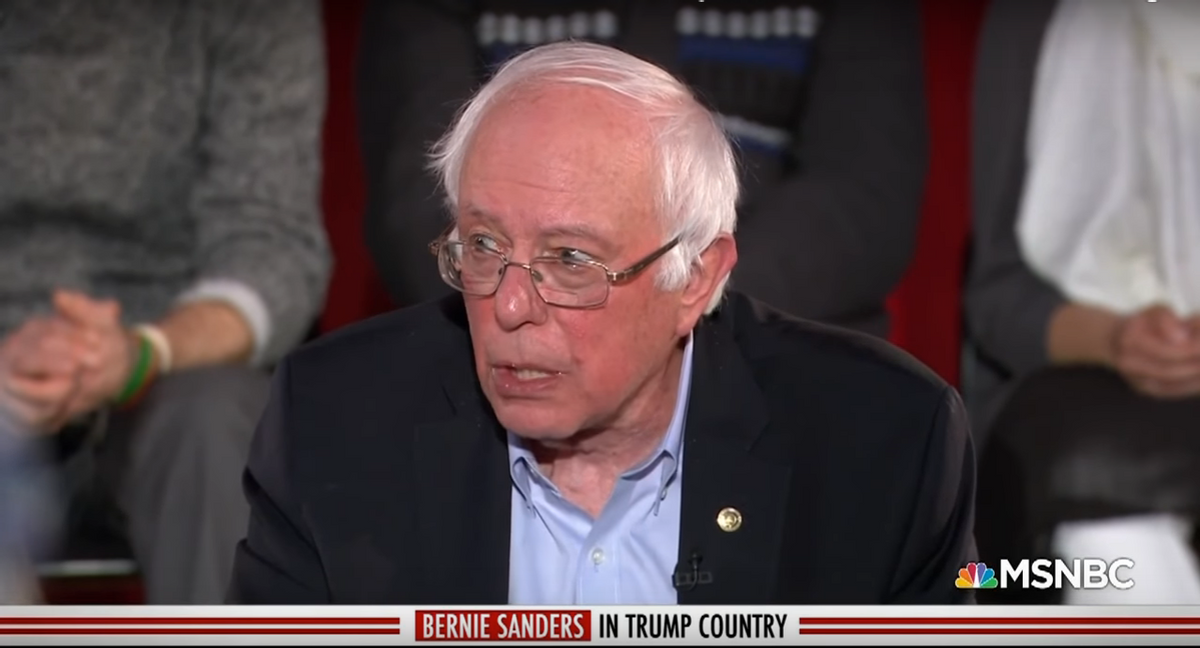 Deep in the heart of Trump country, Sen. Bernie Sanders spoke bluntly about Obamacare and the Republican Party Monday night during a town hall hosted by MSNBC's Chris Hayes. The progressive senator from Vermont argued that no one should call the GOP Affordable Care Act replacement plan, called the American Health Care Act, a health care bill "because throwing millions of people off of health care is not health care legislation."

Sanders prefaced his lecture by noting that he has a different perspective compared to most in Congress, as he favors a medicare-for-all system. The senator drew applause when he said that he believed that health care should be a right for all Americans.

Not the biggest fan of the current system, Sanders did praise the overall outcome of former President Obama's legislation.

"It is no small thing that a result of Obamacare is 20 million more Americans got health care," he said. "And many of them — never in their lives — had health care when they needed to go a doctor."

Sanders is of the opinion that a proper health care system strides to cover everyone. That might explain why he's been so unimpressed with the GOP's new health care bill.

"What really bothers me is that when you look at the Republican bill, it should not be seen as a health care bill because throwing millions of people off of health care is not health care legislation," he said. "What it should be seen as is a huge tax break for the wealthiest people in this country."

In Welch, West Virginia, Sanders pointed out the irony that this bill would hurt the people in the audience.