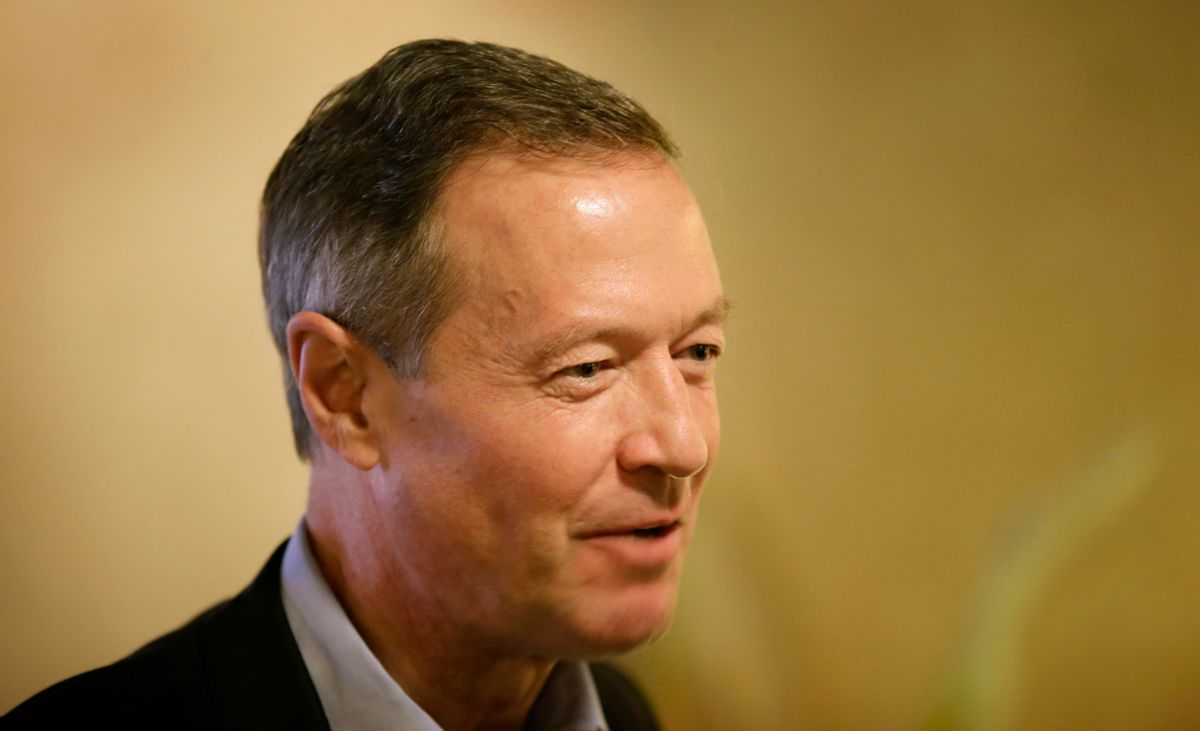 Martin O'Malley, the former governor of Maryland and long-shot presidential candidate in the 2016 election, put out a poll in Iowa earlier this month to assess his chances in 2020, Politico reported on Wednesday. O'Malley commissioned Public Policy Polling to conduct a survey on Democratic caucus-goers in Iowa.

According to Politico's Gabriel Debendetti, the results weren't so terrible:

In the 2016 race for the Democratic nomination, O'Malley suspended his campaign after a disappointing performance in the Iowa caucuses. O'Malley garnered less than 1 percent of support, far behind rivals Hillary Clinton and Bernie Sanders.

That outcome does not seem to have deterred the former governor. O'Malley has spent a lot of his time since the election campaigning for local Democrats in Iowa. He was in Ames earlier this month, where he helped with fundraising for the county's Democratic Party. At a Methodist church, he gave a speech about what it means to be a Democrat, the Ames Tribune reported.

"When workers earn more, they can spend more and our whole economy grows," O'Malley said. "That's why as Democrats we want to make it easier and not harder for people to join labor unions and bargain collectively for better wages. We want more affordable college, we want our kids to learn more so they can earn more. This is truly the American way."