The future's so bright, you may want to wear shades 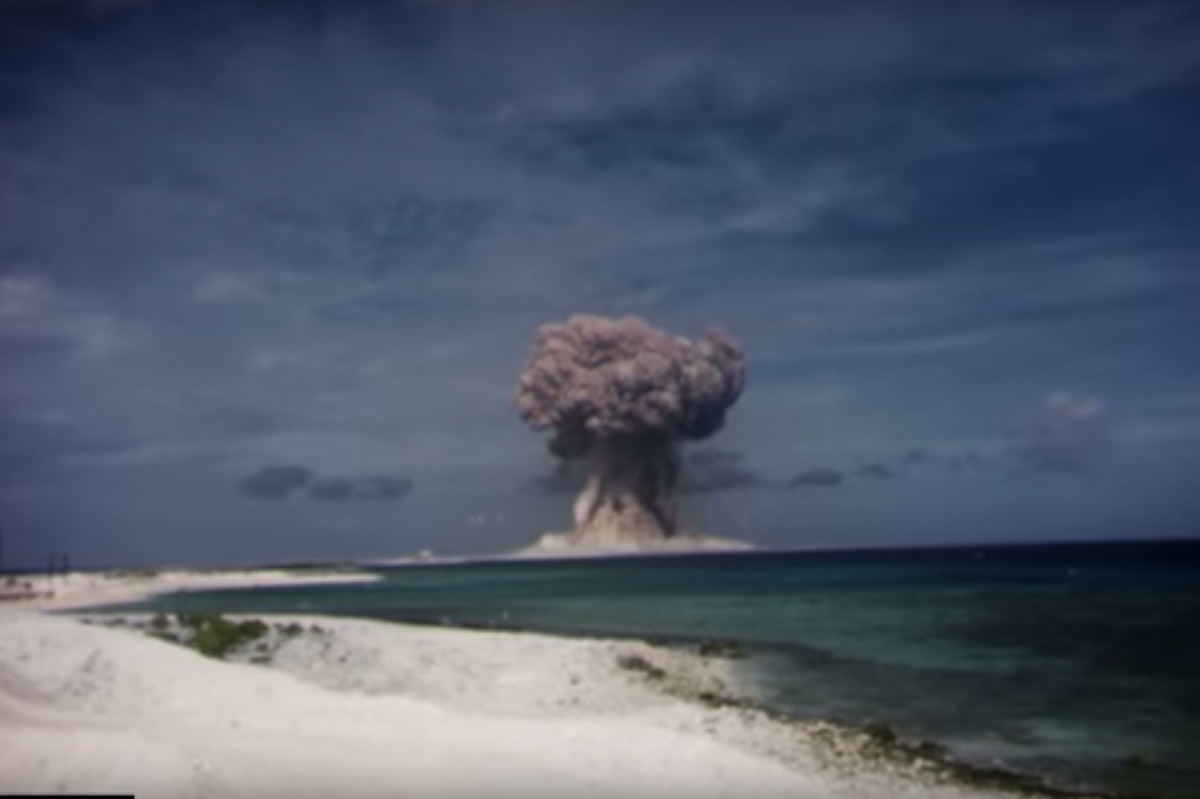 The Bulletin of the Atomic Scientists, the keepers of the "Doomsday Clock," moved it — a measure of the probability of nuclear warfare — forward 30 seconds this year. That means we're the closest we've been to nuclear annihilation since 1991, when it peaked at 17 minutes to midnight.

On the bright side, the world has seen a decrease in the number of nuclear warheads, but that came before President Donald Trump suggested another arms race. So what better time than now to bring you this list of some of the most awesome nuclear explosions we've seen?

The videos come from The Lawrence Livermore National Laboratory, a government-funded research lab that played a role in America's development and testing of nuclear weapons, including a "thermonuclear warhead for missiles that could be launched from highly survivable submarines."

I know that everyone's a fan of color, but the 1957 black-and-white really brings out the elements of destruction here.

The government exploded a nuclear bomb underneath a mountain and caused an awesome-looking avalanche. No explosion? No complaints!

Just a picturesque explosion in the middle of the night — beautiful.

Looking for the blinding power of a nuclear explosion? The type of "everything goes bright" that truly describes the awe and fear of the early nuclear age? You got it right here.

Man, this looks less like a nuclear explosion and more like the fall of the Hindenburg. Watch as the explosion just envelop the ground.

Sit back, relax and enjoy the playlist below while imagining what the end of the world could look like: