"The illogic of the Government's contentions is palpable," judge writes 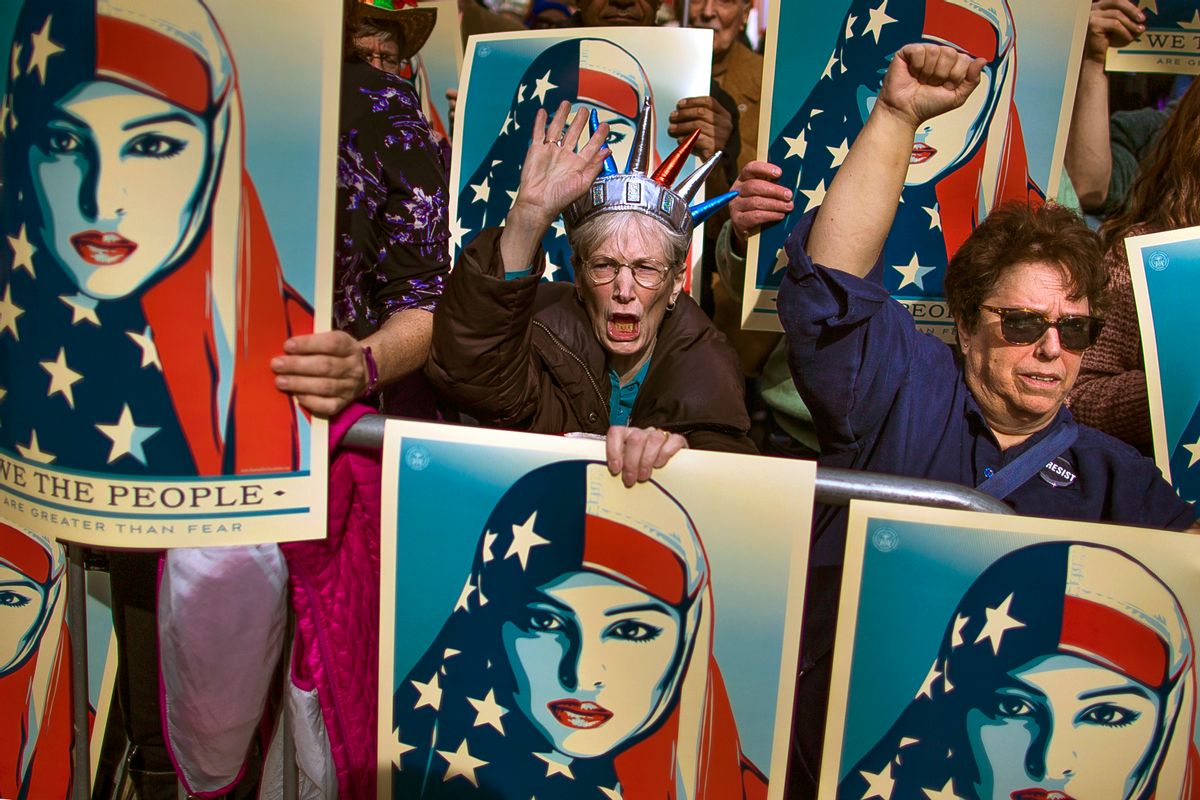 In this Feb. 19, 2017, file photo, people carry posters during a rally against President Donald Trump's executive order banning travel from seven Muslim-majority nations, in New York's Times Square. Trump’s travel ban has been frozen by the courts, but the White House has promised a new executive order that officials say will address concerns raised by judges that have put the policy on hold. The first order was met by legal challenges, confusion at airports worldwide and mass protests, but the White House has forecast smoother sailing the second time around. () (AP Photo/Andres Kudacki)
--

Hours before it was set to go into effect, a federal judge in Hawaii issued a temporary nationwide block against President Donald Trump's revised travel ban. On March 6, the president signed a revised executive order which removed one nation from the list of majority-Muslim nations barred from entering the United States.

"The illogic of the Government's contentions is palpable. The notion that one can demonstrate animus toward any group of people only by targeting all of them at once is fundamentally flawed," US District Court Judge Derrick Watson wrote.

The revised ban was set to go into effect one minute after midnight on March 16. It removed Iraq from the list of banned countries, made an exception for refugees who were members of “persecuted religious minorities” in their home country and exempted immigrants with green cards and visas.  The original order barred citizens from seven countries from entering the U.S. for 90 days, all refugees for 120 days and indefinitely halted refugees from Syria.

Equally flawed is the notion that the Executive Order cannot be found to have targeted Islam because it applies to all individuals in the six referenced countries. It is undisputed, using the primary source upon which the Government itself relies, that these six countries have overwhelmingly Muslim populations that range from 90.7% to 99.8%.

“The Constitution has once again put the brakes on President Trump’s disgraceful and discriminatory ban. We are pleased but not surprised by this latest development and will continue working to ensure the Muslim ban never takes effect,”  Omar Jadwat, director of the ACLU’s Immigrants’ Rights Project, said in a statement.

Multiple federal judges were swift to knock down the legal justification for Trump’s original ban, Salon reported, as protesters around the country swamped international airports where travelers from the targeted seven countries were prohibited or delayed from entering the U.S. Federal judges in Maryland and Washington state may also issue rulings Wednesday but have not at the time of publish.