Ready for seconds? The second season of “Master of None” is on its way 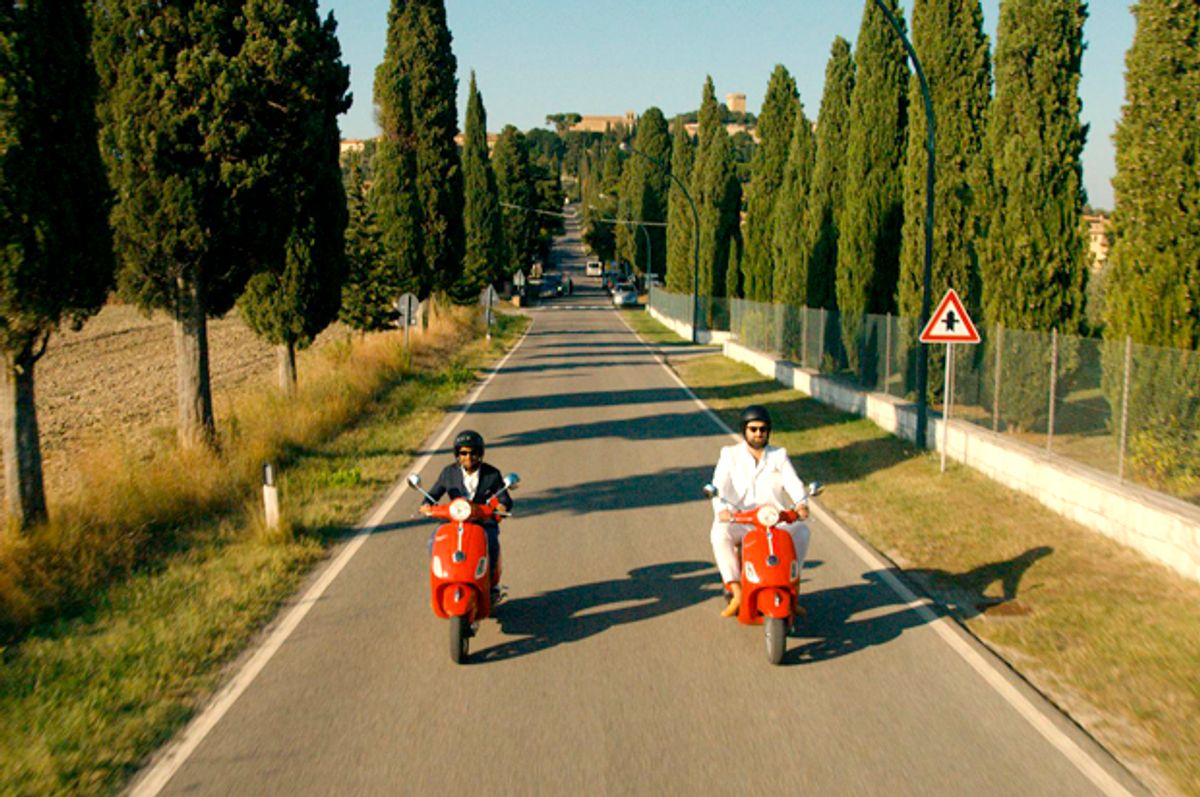 Master of None (Netflix)
--

Fans of Aziz Ansari’s Netflix show, “Master of None,” have been waiting two years to see what Ansari cooks up for season 2. On Tuesday, they got their first morsel. Netflix released a teaser for the new season (coming May 12) that features Dev (Ansari) and his friend Arnold (Eric Wareheim) riding Vespas through the Italian countryside. The snippet is a callback to the end of the first season when Dev is on a plane to Italy. Why?

Pasta. “I really like eating it,” he explains to a fellow passenger. “And I enjoy making it. So a few days ago I just decided to pack up all my stuff and move to Italy and go to pasta-making school.”

The impromptu Italy trip is the second of the series. In the first season, Dev takes a date to Nashville, Tennessee. That episode, titled “Nashville,” wound up being the third highest IMDb-rated episode of the series. Because there have been so many off-beat television comedies about the lives of comedians living in New York — especially post-“Louie” — “Master of None” was at its best when it mixed things up, either by changing the scenery, playing with time or focusing on the specific experiences of characters who rarely appear on television.

Ansari’s ambition was part of the reason the first season of “Master of None” was nominated for four Emmys and won one for outstanding writing for a comedy series. It’s also the reason the show has taken so long to return. Ansari told The Hollywood Reporter last year that writing the first season drained him of ideas. “The show was so personalized, we dumped our heads into this, we just needed to be people and live our actual life,” he said. “This show isn't the type of show where we're going to be able to just turn around and turn it in right away. We covered so much stuff in season one and wanted to make sure the ideas we had in season two were equally interesting and the episodes were just as ambitious.”

If for nothing else, the season will be a success merely because of what Ansari and Wareheim did in their free time. While in Italy, they shot a parody music video for Kanye West’s “Famous.” Kanye wound up using it as the song’s official video.

As they say in Italy: Bravo! Complimenti! Encore!