The right to discriminate against LGBT students: A “religious freedom” bill in Kentucky is one signature away from becoming law

Asserting that Christians are “persecuted,” Republicans draft "the Charlie Brown bill" to protect their speech 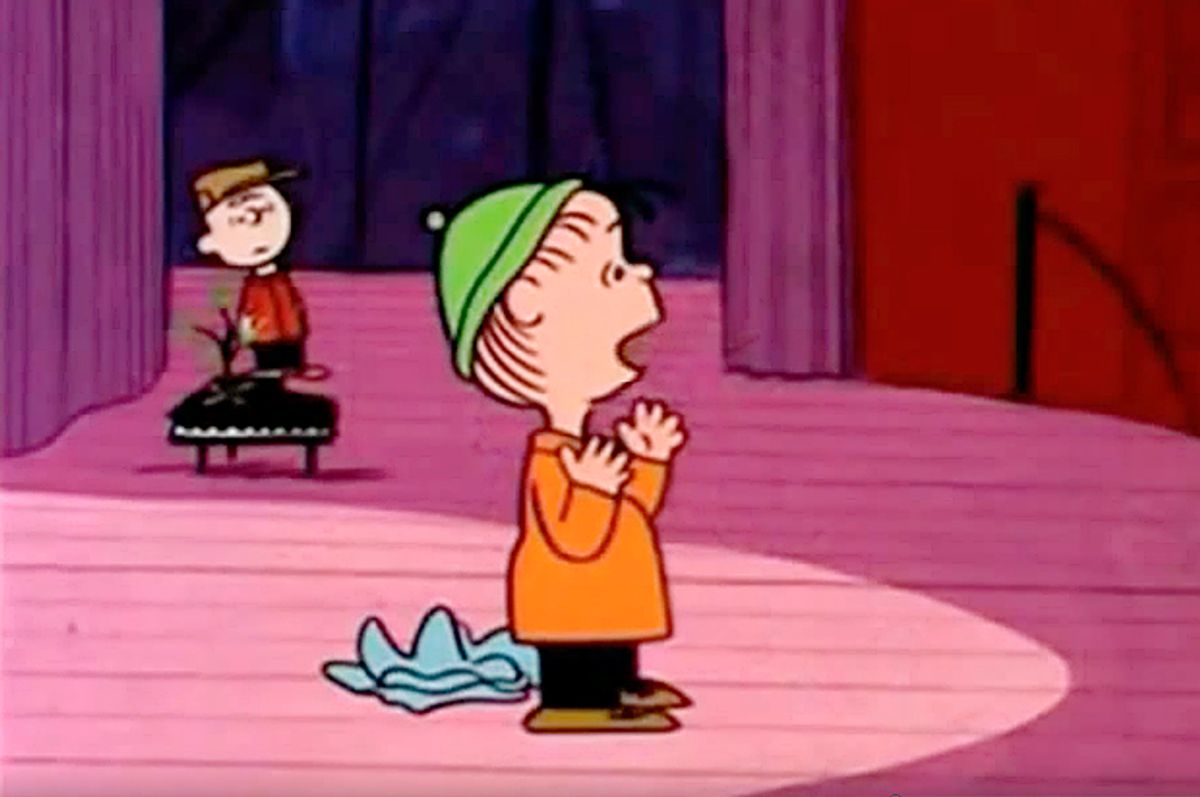 Kentucky schools may soon have a license to discriminate against LGBT students.

After the House passed it by a vote of 81 to 8 on Monday, a bill is sitting on Kentucky Gov. Matt Bevin’s desk that could allow student-run organizations in colleges and K-12 schools to deny membership to classmates based on their sexual orientation or gender identity. Known as Senate Bill 17, the stated purpose of the legislation to prevent people of faith from having their political or religious opinions silenced in schools. Comparing it to the “religious liberty” bills introduced in states like Indiana and Georgia, advocates argue that it has the potential to promote anti-LGBT bigotry in the name of faith.

SB 17, which had already passed the Kentucky Senate last month, was introduced in response to an incident when Johnson County Schools cut a Bible verse from a production of “A Charlie Brown Christmas.” During a pivotal scene Linus tells Charlie Brown, "For unto you is born this day in the city of David, a savior, which is Christ the Lord." Administrators at W.R. Castle Elementary School in Wittensville, Kentucky, were worried that overt references to Scripture could open the district up to a lawsuit.

Instead the school’s decision created a firestorm of controversy in the community after the news was picked up by right-wing news outlets in 2015. Parents stood up during the production to read the verses themselves.

The following year, legislation often referred to locally as the “Charlie Brown bill” was first was introduced to the General Assembly. In pushing the legislation, Kentucky state Senator Albert Robinson warned that action is necessary to prevent God-fearing Christians in the Bluegrass State from being discriminated against. During a discussion of the bill, he claimed that followers of Jesus Christ “have been persecuted.” About the controversy over the “Charlie Brown” play, Robinson added that Christians would have been “prosecuted if we didn't keep our mouths shut.”

Robinson further claimed that while Christians are silenced, the free speech rights of Muslims are protected. Muslims “can freely express” their beliefs, he said. “They have that Constitutional right.”

Kaila Story, an associate professor of women and gender studies and pan-African studies at the University of Louisville, argued that Robinson’s claim that Christians are more oppressed than other religious groups in the state is “preposterous and ridiculous.”

“I don’t think that folks that are overtly religious and want to express those views are oppressed in any way,” said Story, who also is a co-host of the“Strange Fruit” podcast on Louisville’s WFPL. “They don’t lack a platform or a voice. But that’s how they’re trying to sell this bill — as if somehow schools, colleges, and places of higher education are being discriminatory against people who are religious. Being religious doesn’t make you subjugated in an overtly Christian nation.”

Story said that if passed, SB 17 would be “so detrimental” to the students in her classroom.

While the bill is overtly designed to allow the use of the Bible in classrooms as an educational text — such as in literature or history courses — SB 17 also states that “no recognized religious or political student organization can be hindered or discriminated against but in the selection of leaders and members.” That language could effectively negate “all-comers” policies on Kentucky’s college campuses and in schools. Such guidelines state that any student who wishes to take part in an extracurricular activity or club should be permitted to do so.

“If you want to be a formally recognized student group on campus, you have to permit any student who wants to be a member of your group to participate,” said Sarah Warbelow, legal director for the Human Rights Campaign.

By negating those regulations, SB 17 may allow for barring LGBT students from joining any extracurricular group claiming religious intent. Jenny Pizer, the law and policy director for Lambda Legal, explained there’s a precedent for religious organizations exploiting faith-based protections to target students based on their sexual orientation and gender identity.

In 2010, a chapter of the Christian Legal Society — a faith-based student organization for aspiring lawyers — sued University of California’s Hastings College. The university had revoked its status as a recognized group over the society’s requirement that members sign a “statement of beliefs,” which included the idea that marriage between same-sex couples is “sinful and incompatible with their religious views,” as Pizer explained. The Christian Legal Society pursued its case all the way to the Supreme Court: In Christian Legal Society v. Martinez, the high court ruled 5 to 4 that schools have the right to set nondiscrimination policies that advocate for fair treatment of all students.

“The Supreme Court rejected the argument that religious groups have a right to discriminate,” Pizer said. “So where they did not succeed with a litigation strategy, they are now pursuing a legislative strategy. With the existing rules, they lost in court. Now they propose to change the rules by changing state law to permit the discrimination they wish to engage in.”

Story compared SB 17 to the Religious Freedom Restoration Act, a 2015 law passed in Indiana that allowed businesses to deny services to LGBT people. Since that law was enacted — and then revised following massive backlash from businesses — a number of other states have pursued legislation enabling people of faith to discriminate against members of the LGBT community. The American Civil Liberties Union has predicted that a record number of these bills will be introduced this year at the state level. Kentucky’s answer to that trend is House Bill 105, which states that a court or other legal body shall not overrule “a person’s right of conscience.”

Many have labeled SB 17 a “student religious liberty bill,” and even state Democrats have stood by the legislation. In defending the bill, Sen. Julian Carroll claimed that teaching the Bible is all but illegal in Kentucky schools. (It’s not.) “We no longer teach the difference between stealing and not stealing, between telling the truth and not telling the truth,” Carroll said.

In addition to providing a pathway for anti-LGBT discrimination, the other glaring issue with SB 17 is that it fixes a problem that Kentucky doesn’t have. Chris Hartman, director of Kentucky’s Fairness Campaign, said that the American Civil Liberties Union had informed W.R. Castle administrators that they didn’t have to censor the Charlie Brown play. The ACLU explained that under federal law, the elementary school would have not faced legal action if the Bible verse were to remain intact. The right to express one’s faith is protected by the First Amendment of the U.S. Constitution.

“They were perfectly in their rights to perform this play in its entirety,” Hartman said. “But school officials decided to go another way.”

In addition to having protections for free speech and religious speech, faith-based student groups are already permitted to operate in public schools under the Equal Access Act. Passed in 1984, that legislation places religious organizations on the same footing as other types of campus groups, including chess clubs and debate teams. Indeed, that law has enabled gay-straight alliances to exist in the three decades since its enactment.

“To the extent that students already have these rights, the law becomes unnecessary,” Warbelow said.

Although the new legislation would have little power to do more than offer the same free speech protections already mandated under federal guidelines, Warbelow said the appearance of additional allowances for religious speech could prove “problematic.” If an LGBT student were to be harassed by a classmate who claims that the Bible declares homosexuality is a sin, SB 17 could prevent faculty and staff “from stepping in” to stop the bullying.

“It sends a message to teachers that they really can’t push back against such behavior because they have this impression that they have give this incredible deference to students if they’re speaking from a religious viewpoint,” she claimed. “It would have a silencing effect.”

Although groups like the Human Rights Campaign have urged Gov. Bevin to veto the bill, he has yet to declare his intentions. SB 17 is one signature away from becoming law.