"I think that President Obama is owed an apology": GOP congressman calls on President Trump to apologize for wiretapping accusation 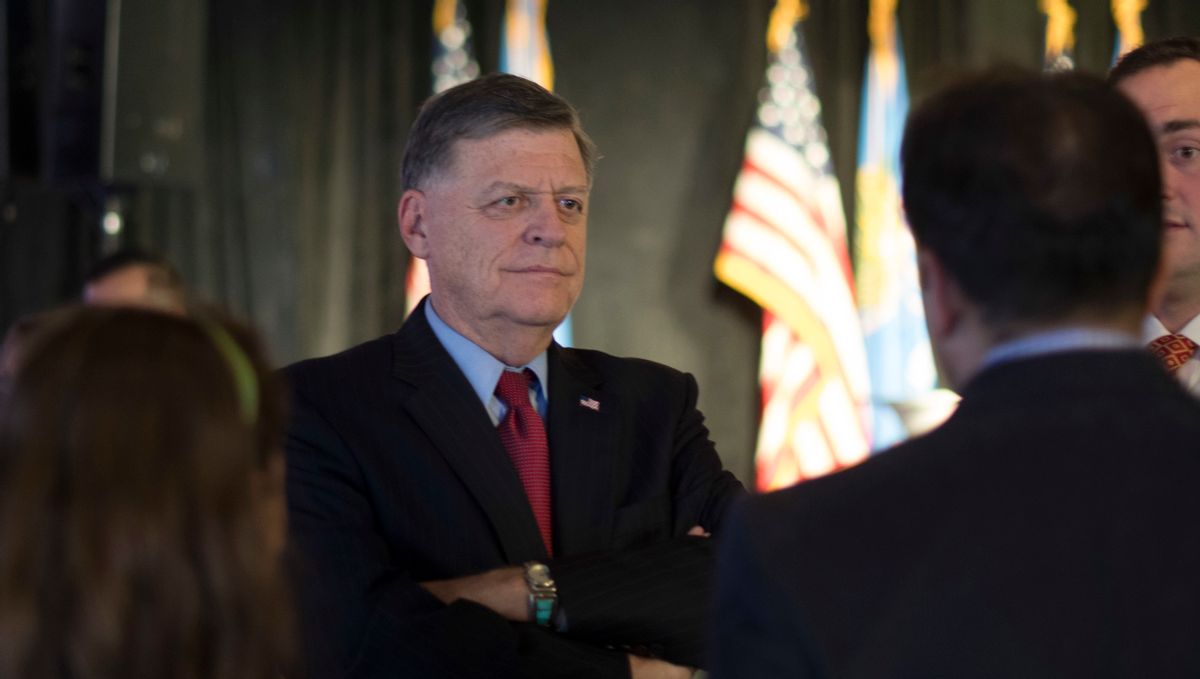 Republican Rep. Tom Cole has not seen any evidence that suggests former President Barack Obama wiretapped the Republican nominee during the 2016 presidential election. Cole told a gaggle of reporters Friday that President Donald Trump, who raised the allegation against his predecessor two weeks ago, should apologize to Obama.

"I have seen no indication that that's true," Cole said of Trump's tweets, which baselessly claimed Obama "tapped" him.

"It's not a charge I would have ever made," Cole told reporters. "And, frankly, unless you can produce some pretty compelling proof, then I think that President Obama is owed an apology in that regard because, if he didn't do it, we shouldn't be reckless in accusations that he did," Cole said.

Cole's comment, which was broadcast on CNN, was the strongest rebuke yet of Trump's accusation.

House Speaker Paul Ryan has revealed to reporters that "no such wiretap existed" and other Republican leaders have stated that Trump's claim is false, even though the president "stands by it," according to White House Press Secretary Sean Spicer.

"That's inexplicable," Pennsylvania Republican Rep. Charlie Dent told CNN Friday. "Apparently there is no evidence of proof or any basis in fact so I think you should simply retract it."

But Cole went beyond that Friday, demanding Trump to apologize for his baseless accusation.

The universal consensus seems to be that Trump learned of this conspiracy theory — that Obama was conducting surveillance on Trump Tower — through right-wing media. Conservative radio host Mark Levin first mainstreamed the theory and the president apparently believed it.

In the aftermath of Trump's tweet, which made headlines around the world because the President of the United States was accusing his predecessor of a felony, many Republicans thought that the FBI and the pertinent congressional committees should investigate Trump's claims. Republicans are just now realizing that Trump was always lying.